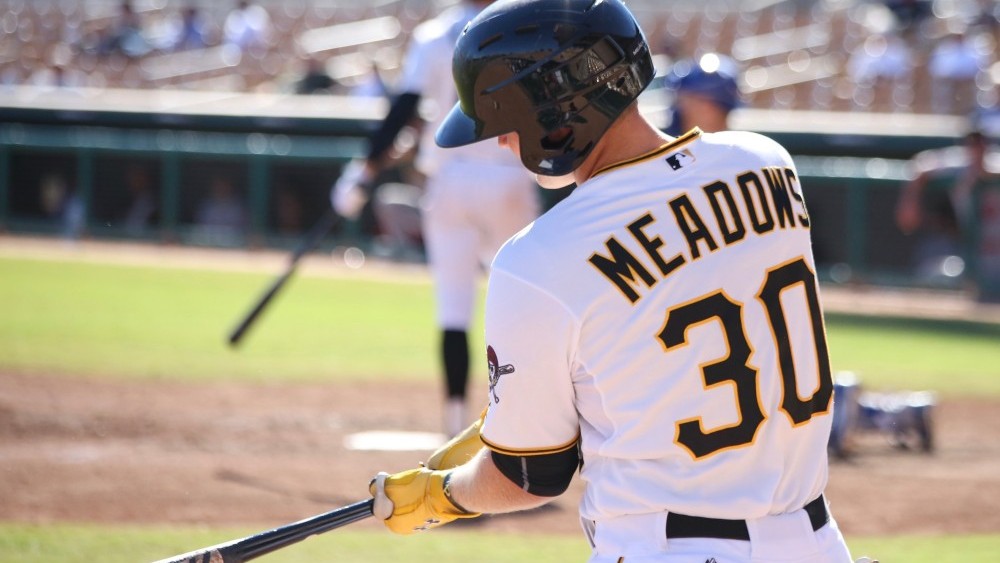 I have to be honest, searching through the MLB list of prospects is always one of my favorite activities to do in preparing for fantasy baseball season. Looking for the "Next big thing" and trying to figure out when they may be called up is a fun exercise that I enjoy A lot. However, it can be tedious for the average fan.

That's why I'm here! Below is a list of offensive prospects that I think can make an impact at some point during the 2017 season. I'm not including guys like Andrew Benintendi, Yoan Moncada and Dansby Swanson...guys that will likely be on an Opening Day roster and are virtually a lock to be selected in your fantasy draft. These are players that will likely go undrafted in most normal mixed league drafts, but are players you can select if you are in a very deep league or have a roster spot(s) for minor league players. If you don't have the roster size, make sure to keep an eye on these guys and if rumors are whirling that they might get called up, you can snag them before your league catches on!

We will also be bringing you a weekly update as to how the top minor league players are performing, so make sure to check back with us regularly for updates during the season for reports you likely won't get everywhere else!

Austin Meadows, OF Pittsburgh Pirates. This offseason there were rumors swirling that the Pirates were trying to make a deal to trade away outfielder, Andrew McCutchen. Part of that may have been because they have prospect, Austin Meadows almost ready to make an impact in the Big Leagues. He can be a five category fantasy producer and while he's battled injuries, when healthy, he's looked really good. With McCutchen, Starling Marte and Gregory Polanco currently manning their outfield, it may take a trade or an injury for the former top ten pick in 2013 to see the field, but when he does finally make it, he could defintely help out your fantasy team.

J.P. Crawford, SS Philadelphia Phillies. J.P. Crawford is the number six ranked prospect in baseball according to MLB.com. The Phillies are in re-build mode, and with only Freddy Galvis ahead of him, not much stands in his way to the Big Leagues. He's not going to hit many home runs, but he can be a very nice source of batting average, runs and steals when he arrives in Philadelphia. There will be plenty of "High-fiving" once Cody Bellinger arrives in LA.

Cody Bellinger, 1B/OF Los Angeles Dodgers. The Dodgers have stalwart, Adrian Gonazalez under contract for two more years, but lurking in the bushes is one of the best power prospects in the Minors Leagues in Cody Bellinger.  Bellinger has hit 56 home runs in the last two years and at the same time, improved his strikeout and walk rates. If he continues on that path, he could be a nice power hitter, who can hit for good average as well. He is being heralded as a future gold-glover and that may also give him the flexibility to be called up this year and play in multiple spots for the Dodgers, which his timing may not rely solely on a Gonzalez injury.

Lewis Brinson, OF Milwaukee Brewers. The Brewers solidified their farm system when they shipped off catcher, Jonathan Lucroy to Houston last season and netted Lewis Brinson (plus more) from the the Astros in return. Brinson broke out in 2015, but then struggled in Double-A last year while he battlied a shoulder injury. Once he was moved to Milwaukee, he was promoted to Triple-A and hit .382 in his 23 games to close out the season. He has the potential to evenually be a 30 home run, 30 steal fantasy stud, but expectations shouldn't be that high initially. The Brewers should stink this season, so if he gets off to a good start, they have no reason to hold Brinson down in the Minors too long.

Ozzie Albies, 2B/SS Atlanta Braves. Let's be clear...the Braves traded this for Brandon Phillips this offseason, but Phillips is nothing more than a placeholder, keeping second base warm for Ozzie Albies. A few weeks back, I listed to an interview on Sirius radio with Atlanta GM, John Coppolella, and he raved about how good Albies will be for the Braves. He's a switch hitter, who can hit well from both sides of the plate, and like J.P. Crawford, can be a good source of average, runs and stolen bases. With Phillips in town, the Braves can afford to wait until they are sure that Albies can handle the Big Leagues, but my guess is that we will see him sooner, rather than later. Clint Frazier or the bully from A Christmas Story...you be the judge!

Clint Frazier, OF New York Yankees. Violence. In reading Lindy Sports' breakdown of Clint Frazier, he states that there is a violence to his game that he will need to refine as he matures, but he will be fun to watch in the meantime. Frazier was the number five overall pick in 2013 for the Indians and was moved last season in the deal that sent him to the Yankees for reliever, Andrew Miller. He has plus power and good speed, but with his game still a work in progress, there is no guarantee he makes his way to the Yankees this season. If anything, I feel a late season call up may be in order, but he can still provide some value late in the year.

Amed Rosario, SS New York Mets. We have another National League prospect in Amed Rosario of the Mets, and it looks like shortstop will be a strong position in fantasy leagues for years to come. The 21 year old is MLB.com's number five overall prospect in 2017 and has been tearing up the Minor Leagues. Like Albies and Crawford, he's not going to win you the power categories, but can help you out across other categories. I'm not in love with Rosario, but could offer middle infield help if you are lacking at the position later in the season.

Tyler O'Neill, OF Seattle Mariners.  Another young slugger to keep your eye on is Tyler O'Neill of the Seattle Mariners. O'Neill was a third round pick for Seattle in 2013. In his first full season (2015), O'Neill finished second in the Minors in home runs and he followed that up with 24 home runs in Double-A last season, led the league in RBIs, and earned MVP of the Southern League to boot. If he keeps up this torrid pace, we could see him hitting in the middle of the Mariners lineups before too long.

Bradley Zimmer, OF Cleveland Indians. The Indians are defending AL champs, but that doens't mean they don't have any holes on their roster. They have the likes of Tyler Naquin, Lonnie Chisenhall and the injury risk, Michael Brantley currently pencilled to start. That could open up an opportunity for Bradley Zimmer to arrive sometime this season. He could eventually be a 20-20 guy that could hit towards the top of the Indians lineup, but may need an injury or two before we see him in Cleveland.

Franklin Barreto, SS/2B Oakland Athletics. A few years back, the A's traded Josh Donaldson to the Blue Jays, and one of the pieces coming back to Oakland was Franklin Barreto. Barreto is a promising young shortstop that projects as a player that can hit for both average and power. He could still use some time in the minors and it isn't a sure thing that we see him this season, but he's definitely a guy to keep an eye on.