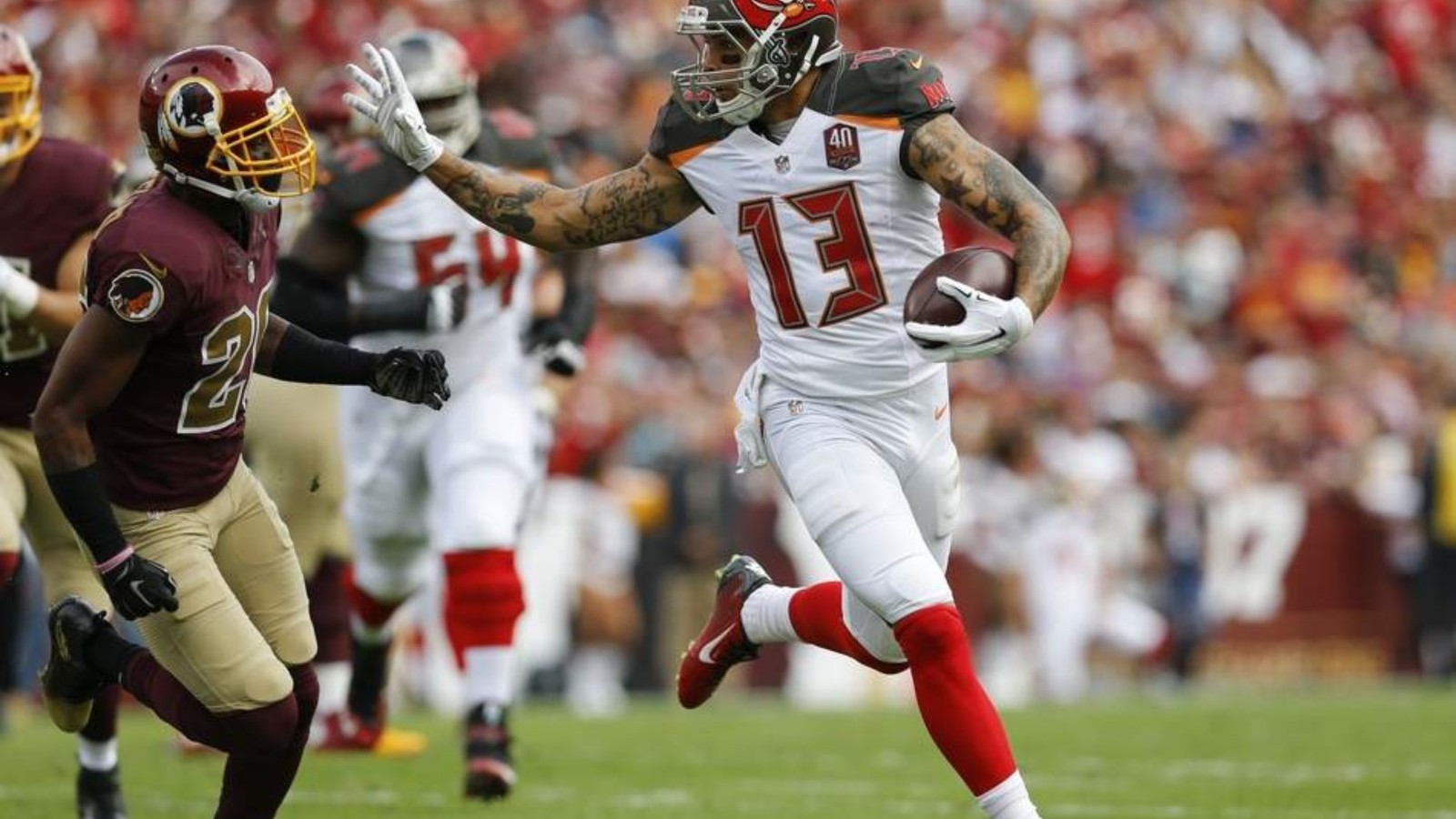 Wide receiver is the position on your fantasy roster where you need the most starters, almost in any league that you might play in. So, even though it might be the deepest, it makes it very important to have guys from the top to the bottom of your roster that you can depend on to produce. Therefore, it certainly won’t help your cause if one of your top couple receivers that you picked highly totally bombs. In order to help you avoid that situation, the Fighting Chance Fantasy crew has you covered on guys that maybe you should avoid come draft day.

I don’t want to call JuJu a bust. I really don’t. The kid seems like he’s a ton of fun and may have one of the best personalities in the league. However, I worry about him replicating his success from last year. He played a total of 14 games, and of those 14, he played with Antonio Brown in 11 of them. I should mention that I am counting week 14 in which Brown left early and only received three targets, as one of the games for Juju that Brown didn’t play. Over those games, he averaged 3.4 receptions per game for 70 yards and scored five times in those 11 games. In the three games without Brown, Juju averaged seven catches for 120 yards per game with two touchdowns. That equated to 13.2 PPR fantasy points with Brown, and 20.3 without. Brown is of course back this year, as is rookie wide receiver James Washington, who should play a role in the offense. I like Juju…just not with the high price tag that he’s currently demanding.

Fantasypros.com currently has Tyreek Hill going off the board as the 12th wide receiver. That means he's going before guys like Larry Fitzgerald, Demaryius Thomas, Stefon Diggs, Doug Baldwin, and Golden Tate. Sure, Hill was a top ten wide receiver in fantasy last season. Still, he only had ten percent of the target share in the red zone last season to go along with the 20 percent he had overall. To be able to maintain a top ten status, as a wideout you'll need better numbers than that.

Hill has a new quarterback throwing him the ball in Patrick Mahomes. Mahomes' debut in preseason was less than stellar, and he has been struggling in training camp. This could be problematic for Hill. Also, remember that Sammy Watkins is with the Chiefs now, and he has the potential to be a number one in Kansas City.

Cooper is coming off the board as the 16th WR and 36th player overall according to FantasyPros.com ADP. Now I will say I’ve never been a huge Cooper supporter because he has always been very inconsistent. When I draft a WR early I want one that will give me fairly consistent points every week, not one that will have a few big games and a good yearly total. In 2017 the 24th WR averaged 11.8 points-per-game, so I will use that as a quick base since he is being drafted in the mid WR2 tier.

Over his three years in the league he has fallen below this mark an average of nine games a year or 27 out of 46 games, or 59% of his games. In comparison Demaryius Thomas and Jarvis Landry, both being drafted after Cooper have had far less. Thomas has been below that mark in only 16 of 48 games or 33%. Landry is even better as he has only fallen below that in 14 of 48 games, or 29%. Just to add on, Landry has outscored Cooper each year and Thomas has outscored him in 2 of the 3 years and was only two points behind him in the third. I think the news of Gordon coming back today actually helps Landry and I expect Thomas to have a strong year with Keenum under center. I am staying away from Cooper.

Big Mike only produces every other year. His TD’s by season read 12-3-12-5 so this should be a big year right? Well no. He is without James Winston to open the year and while he has performed with journeyman Ryan Fitzpatrick the bigger obstacle to success with be the offense around him. Second year wide out Chris Godwin is the talk of Bucs training camp and will find his way into the starting rotation. Throw in DeSean Jackson and two very good tight ends and the pie for Evans gets much smaller. Besides his lack of yards after the catch the Bucs also invested in their backfield selecting Ronald Jones in the draft. I see a more balanced attack for Tampa and less scoring chances for Evans. At his 2nd round ADP I’d pass and instead take Davante Adams, AJ Green, or TY Hilton.

This is my annual time where I bad mouth Julio Jones and everyone gets mad at me. Sure the guy is a terrific receiver, I will never say he isn’t. I just feel he has been overvalued in fantasy football his entire career. His reception totals and yardage totals have always been solid. And in PPR leagues he still holds good value. However, he just doesn’t score enough TOUCHDOWNS!

Fantasy football is about touchdowns, and in his seven year career, Julio has had more than six touchdowns only twice. The last two seasons he hasn’t even had 90 receptions. And yet somehow he still goes among the top five receivers off the board and as of right now he is being drafted as the second pick in the second round. You want a guy who might score five touchdowns that early be my guest. I will be passing for someone who will score me more points.