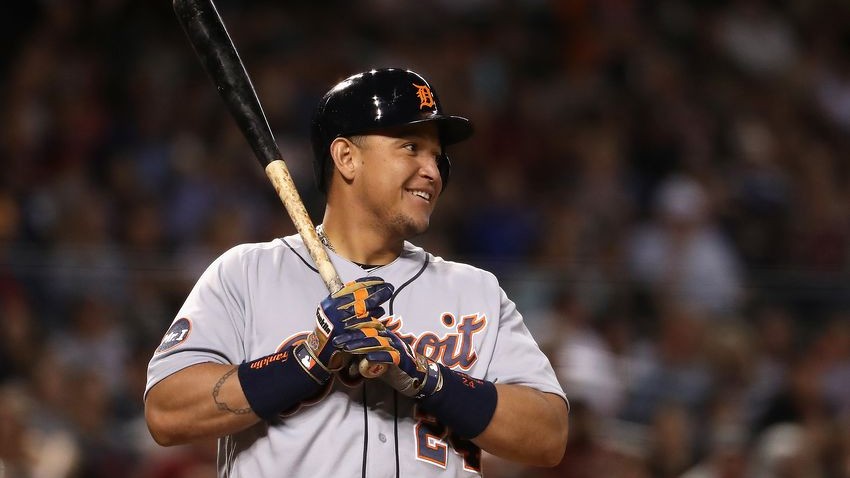 For the first time in many years I feel that first base has lost some of its draft day luster. I’m not saying all this year’s players and projections suck. I think it’s just as deep as it was say five years ago when Miggy was just turning 30, and Goldy was just a young sapling. Both are still available this year, but those final numbers will be less loving as age and health play into reality.

Make sure to give our two contributors a follow. Here's where you can find them on Twitter! 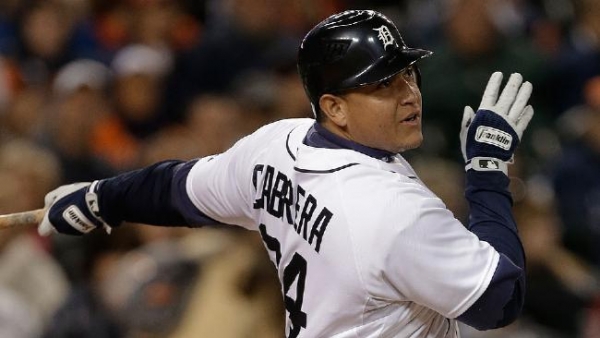 Miguel Cabrera is “supposed” to be back to 100% this season, and his spring training numbers seem to agree. Is Miggy going to go out on top like David Ortiz and produce blistering numbers into the twilight of his Hall of Fame career? I think as he sits 35 homers off from hitting 500 in his career, it can possibly happen this season, even in a sad sack starting line-up in Detroit. The Tigers still haven’t traded Nick Castellanos per his request, and he will most likely bat in front of, or behind Cabrera. His Spring OPS in 2019 is sitting at 1.270 so far, and he’s just getting his swing back into form after torn bicep surgery.

Cabrera will succeed on any team, anywhere in the batting order. He simply hits at an extraordinary rate as a professional, and he will most likely ply his trade until he retires in Detroit due to the huge contract he signed. That is just fine with me living here in Michigan, and having the opportunity to take my nine year old baseball playing son to see a world class player.

Numbers wise, is all up to Cabrera’s health, if he plays 145-150 games, I see no reason he will not hit 25/30 homers and bat in the low .300 range or even higher. This may be the last year we get full first base eligibility out of Miggy, as he will transition to full time DH, which is even better simply due to the he will be an even lesser injury risk.  His career numbers have declined slowly with age, as expected, but unless he is juiced up like Barry Bonds and his size 12 cap, reduced number for Miguel is still better than 80% of Major League Baseball, and his Hard Hit Rate continues to be elite. I’m expecting a full year out of Miggy and as your corner infield, utility, or even your first baseman taken later in drafts, you will not regret it. Found in the depths of the 1B rankings comes a name that can be had for basically a song, but can provide some potential top 10 value at the position. Astros 1B Tyler White should slot in at either 1B or DH for the contending Astros, and with his peripheral stats, could really bump up his stock considerably in 2018. White bumped up his contact rate to a very solid 83%, an almost 36% hard contact rate, and with his fly ball swing,  those parameters should bode well for White.

As long as he gets the at-bats at either position and doesn't platoon with the likes of Yuri Guirriel or A.J. Reed, White should be a big time candidate to well eclipse his mid 200's ADP. Also, factor this in: White played 8 games at SS, 22 games at 3B, and 26 games at 2B last season while in AAA, so if needed, White could gain a position or two this season, greatly increasing his versatility. Also, I was the only one to believe in White, as I'm the only one of the 5 Fighting Chance Fantasy Consensus Rankers to have White ranked and not rank Yuri Guirriel. Kev's going all-in here for this low-risk, high reward bat. 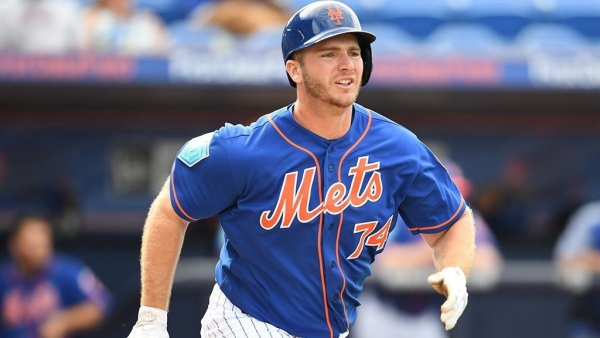 I know a lot of guys in The Great Fantasy Baseball Invitational (TGFBI) are all boned up over this guy, but this guy isn’t...even with his 80 grade hitting power. Many projections have him hovering around .270 batting average, but I’m leaning closer to .230 as this isn’t the California Penial League. We wear caps and sleeves at this level.  Much like Cerrano in the movie Major League, Pete gets all tripped up on himself with some good off speed pitches, and that’s after sacrificing a chicken.

Sure, Alonso walloped 42 bombs in the Arizona Fall League, I get it, the kid can flat out rake. However, I’m approaching with caution this drafting season, and am not all about the new Corvette, when my 1999 Maxima is still pumping out the miles.

Alonso’s Batting Average was pretty solid in the minors, but it continued to drop as he ascended each level, with a .260 average in Triple A, which is still miles ahead of Joey Gallo, who is another category killer. I’m not saying young Pete is going to be a fall on his face Bust, but I’m not drafting him as my starting 1B. He will split time with Robinson Cano, who is a transitioning first baseman, and no DH for the Mets either, but that’s a whole other Soap Box for me to stand on. I pulled the Advance Batting Statistics below from Rotowire-

As you can see his numbers dropped little by little with each promotion, so temper your expectations. Just approach with caution this drafting season and do not expect Alonso to be Mike Trout his rookie year, or any year Draft another first basemen before making Alonso a bench player or a corner infielder/utility in deep mixed-leagues. In NL Only, fire away. 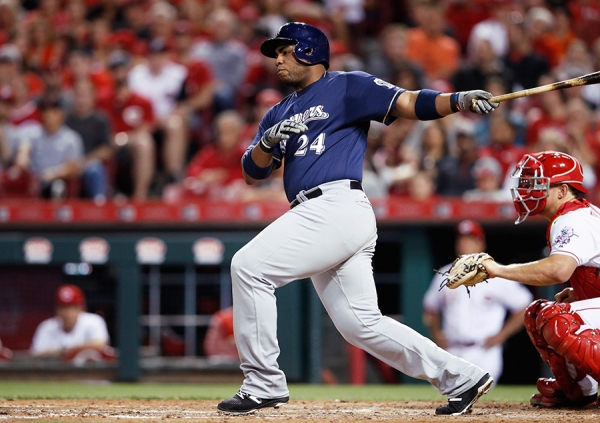 Jesus Aguilar won many people their leagues last season as out of nowhere, Aguilar threw up a .274/.352/.539 triple slash with 35 homers. Add in a 40% fly ball rate and his Miller Park home, Aguilar had a great setup for his breakout 2018. Here in 2019, am I willing to take him at his ADP of 80? To quote the great Lee Corso, "Not so fast, my friend!" His second half dropped off of a cliff, with a 245/.324/.436 and 11 round-trippers. Striking out 1/4 of the time and a 35% chase rate do not help matters either. Without any sort of past history to look to, it's hard for me to take these numbers and buy a repeat of his first half and the sustainability of that.

At his ADP (hovering around the 80's), why wouldn't you take much more upside than Aguilar? Daniel Murphy, Eddie Rosario, Mitch Haniger come to mind as bats taken right around where Aguilar is projected. For my money, if you give me a choice between Aguilar and Jose Berrios, I'm taking Berrios every single time. Aguilar is a very difficult buy for me at that price. If he dipsthe 100's, that's a much better and less riskier proposition.