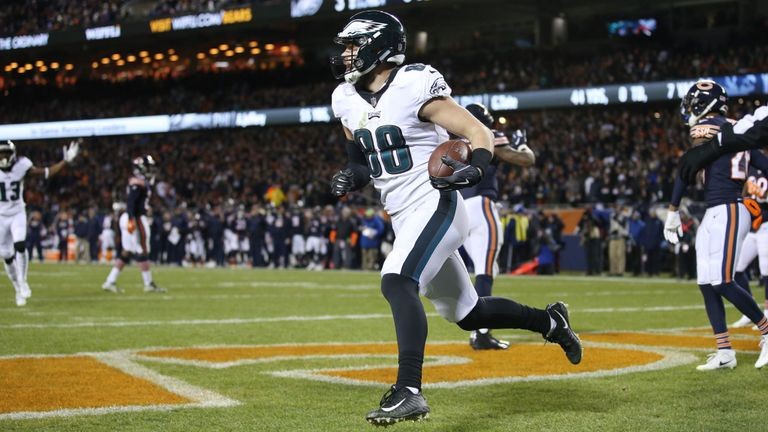 Week 12 is upon us, and it's crunch time here in fantasy football, this week is a must-win for your squad if you're fighting for a playoff spot, or even positioning to grab a bye! To that end, we've got some starts and sits for you to help you make those decisions! The last three weeks have been more like it for Baker Mayfield, who has gone up against quality defenses in Denver as well as home contest versus Buffalo and Pittsburgh and put up at least 17 fantasy points with zero interceptions. That brings me to this week, where he gets to face the hapless Dolphins at home, where he’s got a chance to be a top 6 quarterback this week. If he’s still out there on waivers for whatever reason, grab him and start him this weekend if you’re battling byes with Patrick Mahomes, Philip Rivers, Kirk Cousins, and Kyler Murray all on bye.

Josh Allen has guided fantasy teams from Weeks 7 through 11 through some murky waters during the main stretch of bye weeks. In that timespan, he was QB2, just behind Lamar Jackson. Unfortunately, that looks to come crashing down a bit as Allen begins a brutal 5 week series that goes into the fantasy playoffs with matchups at Dallas, Baltimore, at Pittsburgh and at New England. This week, he faces Denver at home, but still a tough matchup as Denver has only allowed two 20-plus fantasy performances by a quarterback. One of those happened last week with Kirk Cousins and that may have been bolstered by their ridiculous 20 point comeback. Denver also allows the 3rd least fantasy points to the quarterback position, so Allen is an easy fade for me this week.

I get it. The last time we went around this carousel with the Lions' backfield, it was Ty Johnson sitting up front, only to have Lions legend Tra Carson pluck the most touches. Bo Scarbrough was a practice squad addition to the Lions’ 53 man roster late Sunday morning and then went for 14 carries, 55 yards and a touchdown. Now he’s likely not going to offer anything in the receiving game, but his size (235 lbs.) should at the very least make him the go-to in red zone touches. His touches did by far eclipse J.D. McKissic (6) and Ty Johnson (3) so hopefully we can start to form a trend here. The fact that Bo came right into those touches speaks to me like he’s going to be the main component of the Lions’ ground attack going forward. The Redskins allow the 8th most points to opposing fantasy backs, and allows the most rushes to opposing fantasy backs as well. Scarbrough is a nice plug and play RB3/flex option this week. Just when you thought you could predict the Tampa Bay backfield, you can’t. Ronald Jones logged 20 and 19 touches the last two weeks with a touchdown in each contest, but last week, he had just 6 touches for 14 yards. Arians said he wanted to give more work to Ronald Jones, but this could either be an aberration or just more shenanigans that we’ve seen most of the year from the duo of Jones and Peyton Barber. I can’t predict it, you can’t predict it, nobody can. Which is why I cannot recommend Ronald Jones as anything but a flex or emergency option. His floor and ceiling are separated by what essentially is the Grand Canyon. Who know what you’ll get.

Those are Jamison Crowder’s last three weeks total points in PPR scoring with a touchdown scored each of those weeks. Now he faces Nevin Lawson and a beatable Oakland secondary. Crowder is also the go-to in the red zone for the Jets, with 9 targets inside the 20, most on the Jets. With Robby Anderson becoming less and less of a factor, Crowder has stepped up to the plate to handle a lot of the chain moving for the Jets and that should continue this week. He’s probably more of a WR3, but I have him as an WR2 this week. He can help win your week this week, one of the most pivotal for playoff positioning (alliteration aside!). Also, just for reference: 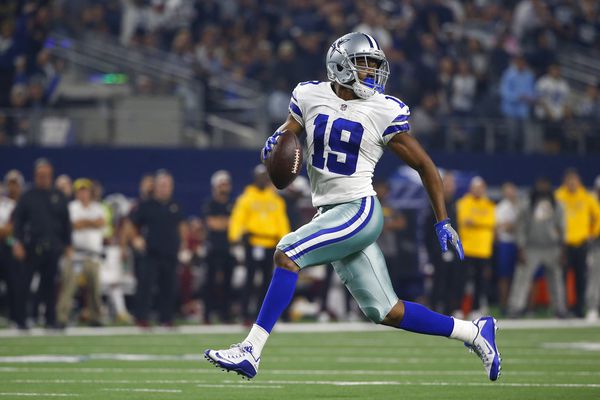 Amari Cooper is currently battling knee/ankle injuries but played last week against Detroit, catching 3-38 on 8 targets. Dak Prescott threw for 444 yards without a healthy Cooper, so it’s fair to say Cooper isn’t himself and shouldn’t be as heavily relied upon as a healthy version should be. This week, he travels to New England to match up with Stephon Gilmore, who should be a real thorn in the side of Cooper if he plays. Another thing to consider about Cooper is that he only has two games of 10+ targets, so he's typically an efficient target that doesn't rely on heavy volume a good portion of the time to do his damage, so with that in mind, treat him as a low end WR2/WR3 and hope he can at least find paydirt. It seems to be tough sledding otherwise. Dallas Goedert’s ascendance has been due to the fact that, who’s left in the receivers room in Philadelphia? Unless we see Fred-Ex come back (we already saw the return of Jordan Matthews, so why not?), Goedert will reap the benefits and essentially be a WR2 in this offense. Zach Ertz is likely to see double teams from the Seahawks and command a lot of the attention, so as a fantasy owner, are you more confident in Nelson Agholor, who has dropped most everything thrown to him or Dallas Goedert, whose routes run have spiked and has 5 of his last 7 contest end in double digit PPR points? Roll Goedert as your TE1 this week and enjoy in what could be a shootout in Philadelphia. A regular addition to the tight end “sit” section of the weekly article, O.J. Howard can’t be trusted any longer. Just when you thought there was going to be a glimmer of hope with his performance vs. Arizona where he “racked up” 4-47 and a TD on 7 targets, he only played 16 snaps (to Cameron Brate’s 50!) and recorded a single target with no other statistics, except fantasy football disappoint, of which he currently leads the league in. When that will be an official statistic and metric, we don’t know, but at this time, with the Bruce Arians tight end song and dance in full effect, Howard can’t be recommend even as a streamer. Don’t waste your time or energy any longer in Redraft formats.