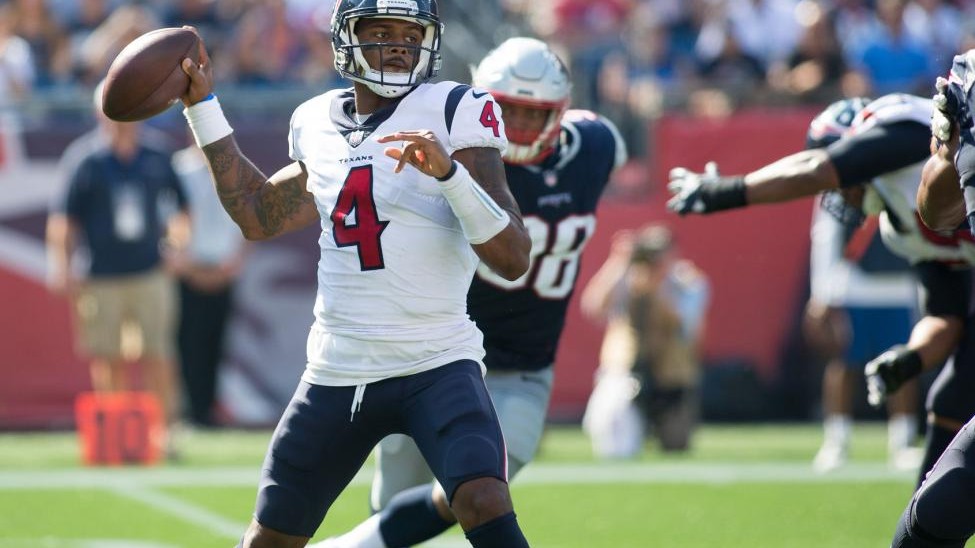 We're actually in the midst of training camp with the Denver Broncos reporting today... so football is ALMOST HERE! To celebrate, this article is the first of a four part series with my positional tier lists! Today, we kick off the series with my quarterback tier list!

All ADP numbers listed and graphs come directly from Fantasy Football Calculator or from FantasyPros where denoted!

Even within this top tier and the next "tier", there are over 3 rounds of separation between Patrick Mahomes and the bottom line, Matt Ryan. Home drafts are where you'll see the earlier drafting of Mahomes, while in expert leagues, you'll see him slide to the 4th round in most drafts. Andrew Luck, Aaron Rodgers, and Deshaun Watson can go in any order between the mid-5th into the 6th round and nobody will bat an eyelash,

TIER 1.5 – The “If Everything Falls Into Place” Tier

Full disclosure, I love Matt Ryan in fantasy. Ryan doesn't garner the same kind of respect as his upper tier brethren, but in my opinion, he should. Ryan typically goes in the QB5-QB8 range which to me, is a bargain. He's paired once again with OC Dirk Koetter, he has weapons galore, his offensive line was revamped and restocked during the NFL Draft, and get this, he plays 13 of his 16 games INDOORS. He finished QB2 last season behind Mahomes' transcendent 2018 season, and as long as “everything falls into place”, he could finish as QB1 in 2019. 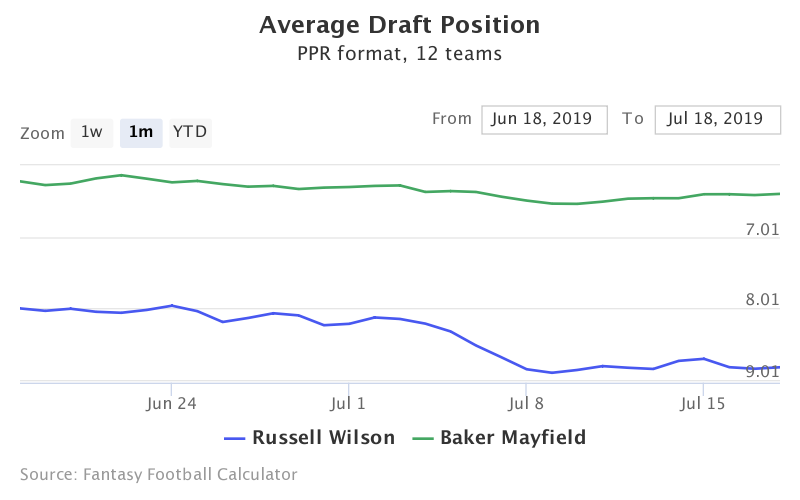 In the graph above, we can really see the value pronounced. If you believe in the Browns this season, you'll have to pay a bit for Baker Mayfield. As for Russell Wilson, the trepidation about the fact that Russell Wilson despite a heavy run offense, has to continue his high efficiency to keep him in the top half of the QB ranks , well that is baked into his current ADP.

TIER 3 – The “I'll Start Them, But I Have Some Questions” Tier 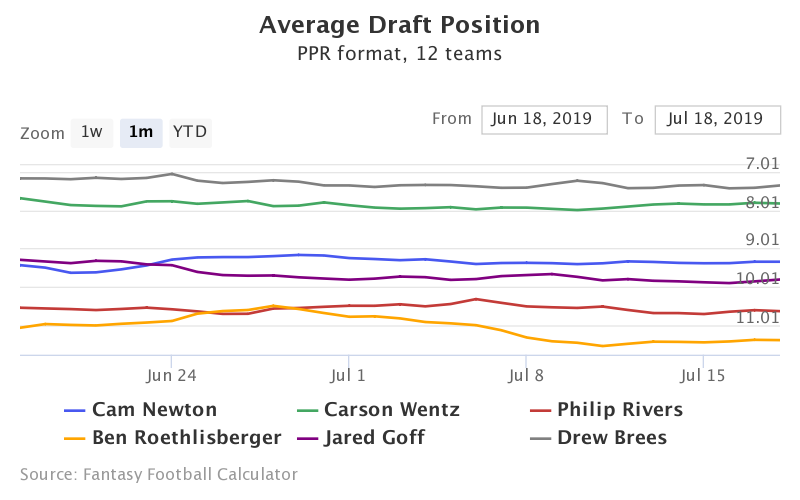 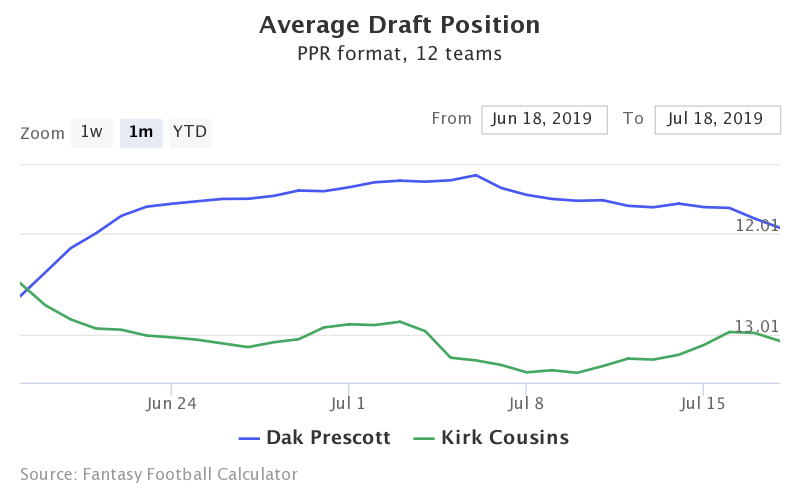 The value becomes even pronounced here. Drew Brees with a 7th round ADP versus Kirk Cousins with a 13th round ADP. Cousins, who passed 64% of the time last season, with two top 15 receivers in Adam Thielen and Stefon Diggs, as well as spending high draft capital on a tight end, Irv Smith Jr., and re-signing Kyle Rudolph. That, versus Brees into his 40's in a run first offense who added a short area tight end in Jared Cook.

The rest of these quarterbacks do represent a good value relative to draft position. Carson Wentz' draft stock is very volatile, because of the injury history the last couple of seasons. You may be able to snag him in the 9th round in some leagues. Philip Rivers, Ben Roethlisberger, Jared Goff, Dak Prescott, even Cam Newton whose shoulder could slide him in some drafts, all represent solid value getting into the double digit rounds.

With these quarterbacks, it really hinges on who you're willing to take a chance on late. It may be a solid strategy to take a bunch of WR/RB, a TE, and then take two of these guys back to back in the hopes that you can either cobble together a QB1 by playing matchups or hit on a breakout, ala Patrick Mahomes last season.

TIER 5 – The “Break Glass In Case of Emergency” Tier

These quarterbacks will likely be found on your waiver wire, but will be readily available for most of the season. Matthew Stafford, Marcus Mariota, and Nick Foles are the quarterbacks of run first offenses and likely won't be in a position to have much fantasy value outside of the best of matchups... Stafford had much better value in the past when Detroit was more pass heavy, but Marcus Mariota could return some value provided he, you know, can stay on the field... Nick Foles gets to throw to Dede Westbrook and a pile of randoms behind an aforementioned run first approach. We'll see how Foles will fare outside of Doug Pederson and Philadelphia... Derek Carr now gets a revamped group of pass catchers with Antonio Brown and Tyrell Williams but like Jameis Winston, Carr is on the last year of his contract, so it's go time for Carr in 2019.

The situations for these 8 quarterbacks are very fluid. The veterans could be supplanted at any time by their younger counterpart. None of these quarterbacks should be considered in drafts and have low upside even in the most favorable matchups.

After going through these quarterbacks to me, the clear value is late in drafts, where you can stock up on skill position players and then take a quarterback late or take QB/QB in consecutive rounds to corner the market and hopefully hit on a breakout option.

Thank you for reading! Stay tuned to Fighting Chance Fantasy as this series continues next with the Running Back Tier List! As always, you can find me on Twitter @ktompkinsii!