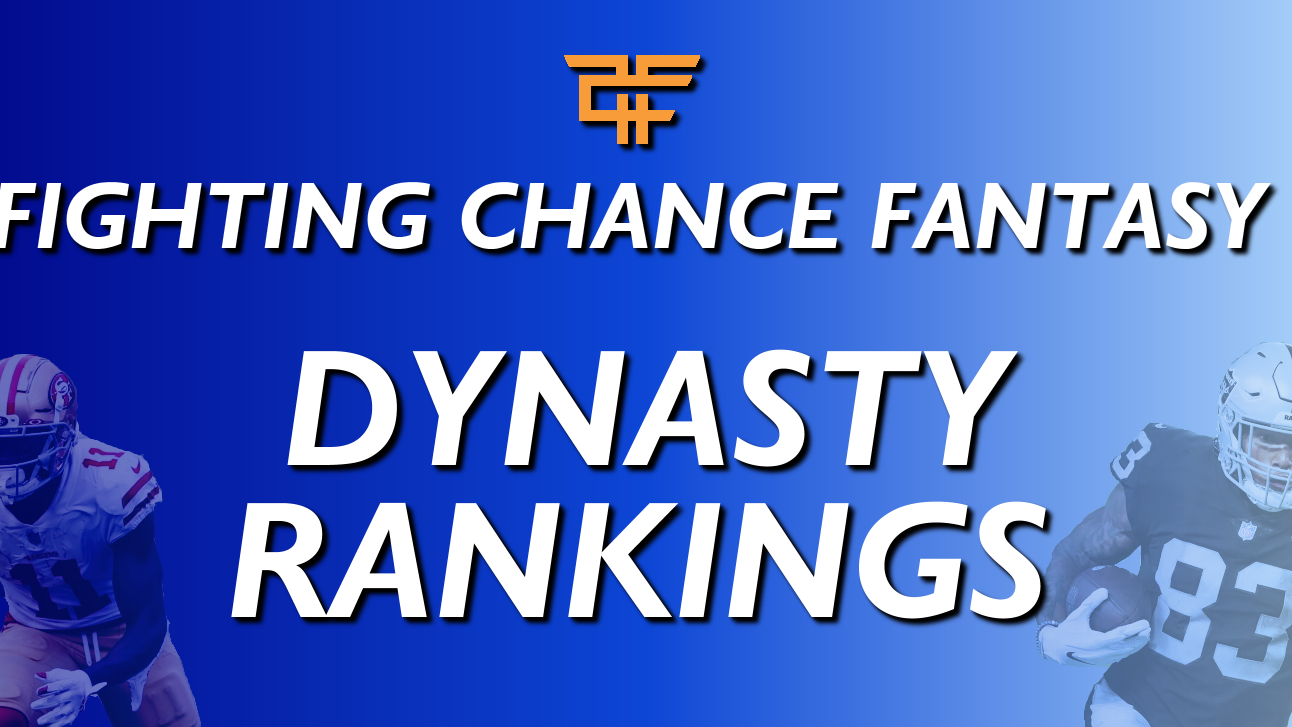 Ladies and gentlemen, the train never stops for fantasy football. Just when you thought that 2020 was over and done with, we're here with 2021 content in the form of DYNASTY rankings!

We're in the thick of evaluating rookies as well, but they won't be in my rankings until the scouting combine. There's a lot of talking into the void already when it comes to Trevor Lawrence, Devonta Smith, Jaylen Waddle, Najee Harris, and many other draft prospects. We'll certainly take deeper dives into them when the time comes, but for now, my first set of dynasty rankings! They will be updated very frequently and posted with a monthly release.

You can find Kevin Tompkins on Twitter @ktompkinsii and Fighting Chance Live!, a podcast hosted by Kevin and Gary Haddow, also of fightingchancefantasy.com. In Kevin's free time, he likes to draft wide receivers, ignore running backs until the 9th round, and snap up the occasional elite tight end. He is also a writer for FantasyPros.