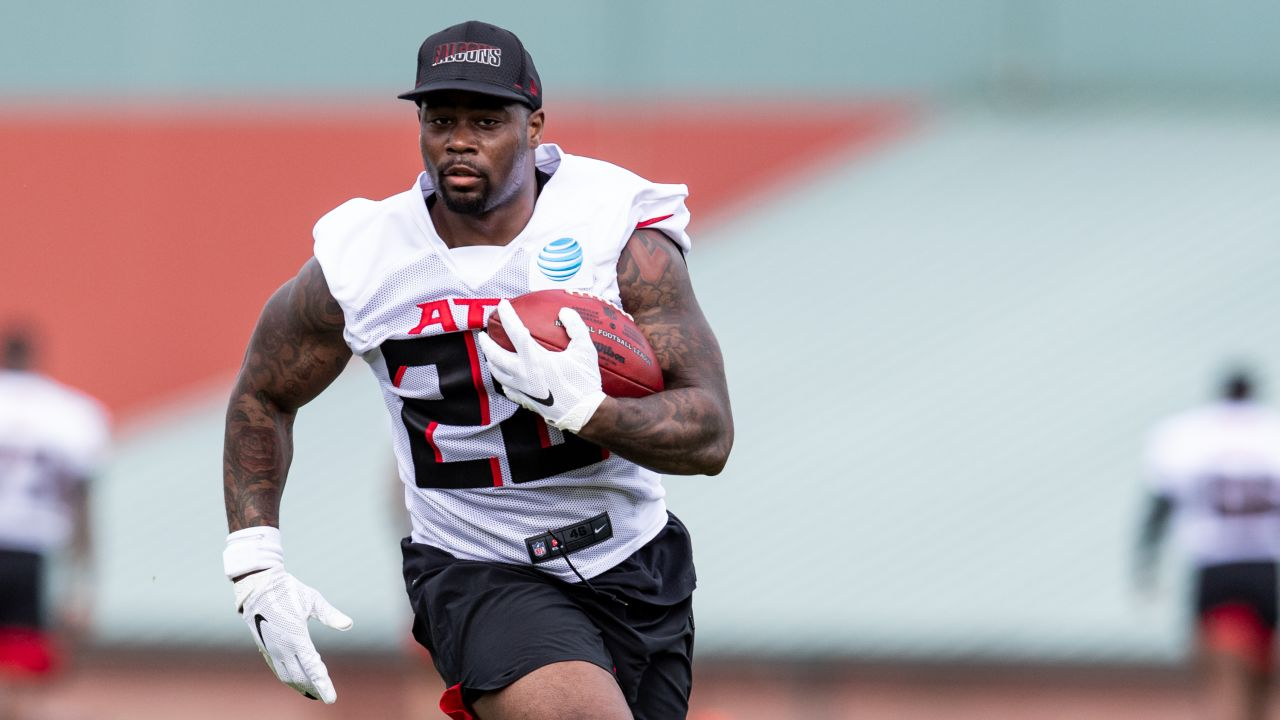 Every draft season I look at these three factors to identify under-the-radar players I want on draft day.

Volume is the easiest to predict, right? But every year someone outperforms his ADP in the first month of the season and we are left wondering “how did we miss X player.” Situation and talent can be subjective but volume is indisputable in some situations.

It’s important to understand some of these players may end up undrafted in your league. There’s no better way to sink your season than to select ONLY your guys. Just keep in mind this list of players who I’ve identified as near free and have some potential playing time early in the season.

MIKE DAVIS, ATL (ADP OVERALL 53, RB #23) : Volume. It was the only way Mike Davis impacted fantasy rosters in 2020. THE RB1 went down in Christian McCaffrey and Mike Davis scooped up all that volume, twice. Guess what Mike Davis has coming into 2021? Volume. Why? Because Atlanta decided not to take any impact running back coming out of the 2021 draft class. The Falcons didn’t feel like they needed to upgrade in the draft. Davis has zero challengers in the running back room with Cordarrelle Patterson and Qadree Ollison s behind him coming out of camp. Unless Atlanta adds another running back before Week 1, Davis could see a season where he sees 300 touches and that precious “workhorse” role in the middle rounds in the draft.

Now with a new coaching staff in Atlanta, look for the Falcons to be a more balanced offense now and less dependent on Matt Ryan. The offense also won’t be forced to feed Julio Jones now that he has moved on to Tennessee. Prefer players who catch the ball out the backfield? Don’t overlook Davis, as he caught 59 balls for 373 yards and 2 TDs in 2020. The Falcons got a preview of what Davis can do last October where he broke out with 89 yards rushing, nine catches for 60 yards and two TDs.

ZACH MOSS, BUF: (ADP OVERALL 96, RB #36): If Devin Singletary is the answer then I don’t want to know the question. Moss’s path to playing time has more to do with him staying on the field than other competition for Buffalo’s backs. If Moss can take that leap in his second season with the Bills it can take a lot of pressure off its goalline back, Josh Allen. This is particularly when we get into those frigid months in Buffalo where those hits sting a little bit longer. Moss is a better runner in-between the tackles than Singletary and an underrated pass catcher. Where Moss is going in drafts you can grab the lead back in Buffalo in the 9th round or later. Buffalo has the makeup to become a perennial playoff team for years to come and Moss can carve a major role going forward. Just hope Buffalo doesn’t completely abandon the run game like it did last year.

PHILLIP LINDSAY, HOU (ADP OVERALL 162, RB#51): For the life of me I have no idea why Denver hated Lindsay so much. The guy produced at a high level when healthy and achieved back-to-back 1,000-yard seasons for a dog team. Apparently, that was not good enough for John Elway and the Broncos as it tried to replace Lindsay every chance it had. The Broncos spent draft capital and free agent money trying to replace Lindsay. Royce Freeman was taken in 2018 and Javonte Williams in April. The change of pace role did not go well for Lindsay once Melvin Gordon III was in town. Now in Houston, Lindsay walks into a role where he can see the majority of the team’s carries, albeit on what seems to be a bad team. The Texans brought back David Johnson on a restructured deal and he may get the first touch, but is far from the Texans' locked-in primary running back. Houston also signed Rex Burkhead and Mark Ingram, who are both on the wrong side of 30. Lindsay has a track record of being a solid goal-line runner since he came into the league despite being just 5’8” 190 pounds. If Johnson can’t make it out of September healthy, Lindsay would become an early waiver wire commodity not a lot of people saw coming before draft day.

DARNELL MOONEY (ADP OVERALL 135, WR #51) This one seems pretty simple when you consider Mooney has already solidified a role in the Bears' offense. In Mooney’s last three games of 2020, the rookie saw 25 targets and caught 19 balls for 181 yards and a TD. Now in his sophomore season, Mooney is projected to play opposite of featured receiver Allen Robinson. Mooney can deliver flex-worthy numbers due to his athleticism and speed -- which plays well with Robinson’s possession-style game. Look for Chicago to use Mooney much like Kansas City does with Tyreek Hill.

MICHAEL PITTMAN (ADP OVERALL 105, WR #42) - I’d have to admit one of my favorite types of athletes are big men who can run and move. It doesn’t matter the sport. Who doesn’t love watching old highlights of Magic Johnson running the point with that huge body? When I watch Pittman, I see a huge man under control and running routes with ease. He has a huge frame at 6’3’’ and 220 pounds, which should play well with Carson Wentz. Wentz’s struggles have been well documented but when we saw Wentz play well it was with a big-bodied receiver in Alshon Jeffrey. We haven’t seen the best of Pittman yet and he has the potential to develop into the Colts’ leading receiver in 2021. **Update, since writing this article TY Hilton has gone on the Injured Reserve list with minor surgery. This only increases Pittman's sleeper potential.**

DENZEL MIMS (ADP OVERALL 239, WR #76) - I like Mims for the same reasons I like Pittman. Mims can fly for a guy who is listed at 6’2’’ and 207 pounds. Not quite the route-runner Pittman is, but Mims has shown elite ball skills. Those skills could prove useful in the redzone especially with Corey Davis and Jamison Crowder now on the roster. Mims could creep into flex territory early in the season with his situation improving around him. Adam Gase was sent packing and Zach Wilson is an upgrade from an inconsistent Sam Darnold.

ANTHONY FIRKSER (ADP OVERALL 210, TE #25) - The addition of Julio Jones might temper this call, however Firkser is a guy I wouldn’t mind rolling with early in the season if I missed on the top 5 tight ends available in the draft. If you had Jonnu Smith on your team last year then you know all about Firkser and his production. Jonnu is now in New England which paves a path for playing time in Tennessee. Firkser will most likely be undrafted this season but could prove to be a good streaming target if AJ Brown or Julio Jones goes down.

DAWSON KNOX (ADP OVERALL 282, TE #36) - Again, for the same reasons why I like Zach Moss coming into this draft season, I like Knox. I feel like there’s some value in a young Bills team with a budding superstar in Josh Allen. If you strike out on those big name TE’s early in the draft the last move you want to make is take the next best available. Wait and take a chance on a guy with a low ADP but in a good situation. Buffalo didn't try to upgrade the position in free agency and the draft and Knox is going undrafted even though he has clear playing time over players being drafted ahead of him. He probably won't make anyone’s roster early on but if he can carve out a role as a redzone target and become a good streaming option.