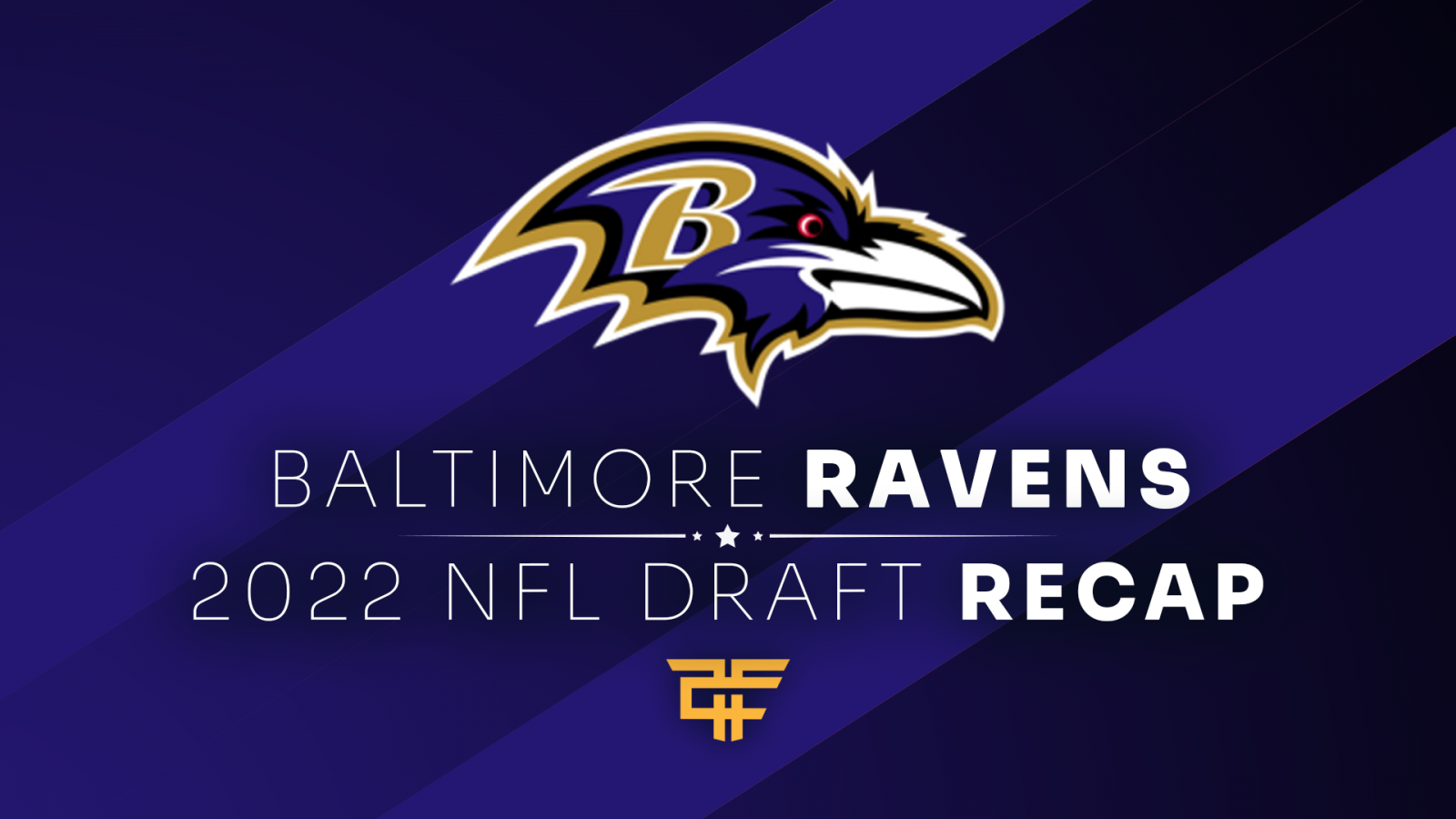 Today, we tackle the Baltimore Ravens and how they fared in the 2022 NFL Draft.

With their heavy focus on the offensive line, defensive line, and secondary, Baltimore Ravens appear to be returning to their old school, smashmouth, ground and pound form. General manager Eric DeCosta brilliantly maneuvered around this historically deep draft class to pick up an extra first-rounder and FIVE extra picks in the fourth round. The Ravens drafted tight ends Charlie Kolar from Iowa State and Isaiah Likely from Coastal Carolina with two of the fourth-round picks and used their final pick in the sixth to snag sleeper running back Tyler Badie out of Missouri.

While the draft gave us insight into their offensive scheme, their selections did not introduce any immediately relevant fantasy players. Both rookie tight ends will take time to work their way into a rotation across from last year’s PPR overall TE1 Mark Andrews. Both rookie tight ends are depth pieces that will be drafted in the fourth round of rookie dynasty drafts. Both can be comfortably left on waivers in redraft leagues.

One notable change is that the Ravens acquired their extra 1st rounder by trading away Marquise “Hollywood” Brown to the Cardinals. His 25% vacated target share will mostly benefit Mark Andrews and second-year wide receiver Rashod Bateman, but the team’s additions in the trenches and on defense lead us to believe they’ll be attacking opponents primarily through the run game. Running backs J.K. Dobbins and Gus Edwards both missed the entire 2021 season due to preseason ACL tears, but their return alongside mobile quarterback Lamar Jackson will help facilitate their run-heavy gameplan.

Badie is worth a late-round flyer in rookie dynasty drafts and could be a sneaky stash if either of their veteran backs is behind schedule to return to the gridiron this fall.