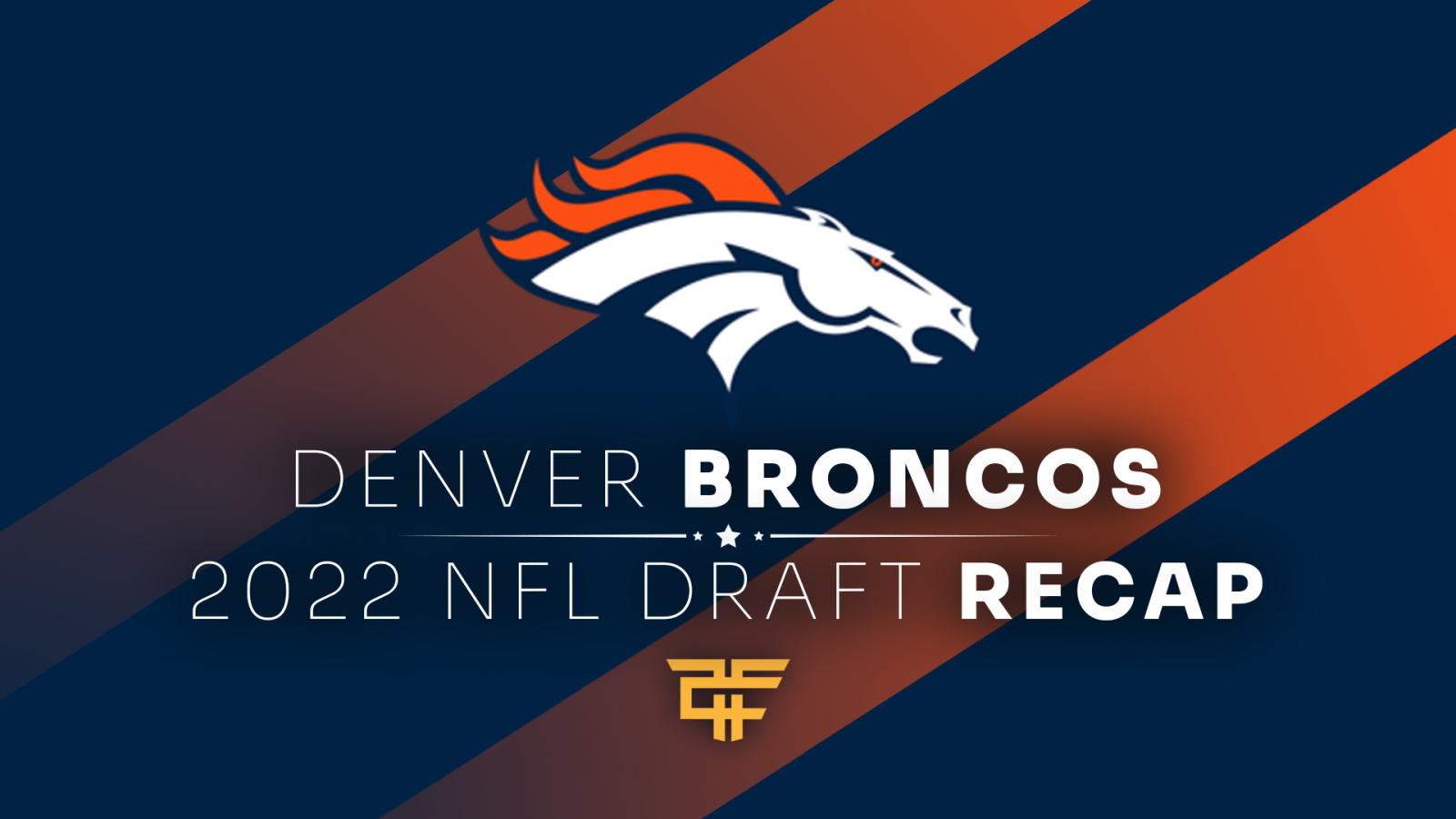 Today, we tackle the Denver Broncos and how they fared in the 2022 NFL Draft.

It was a waiting game in Denver on Thursday as Broncos fans sat through the first round of the NFL Draft, watching talented young players head to other cities. The team traded away their first-round pick (ninth overall) and pick 40 in exchange for superstar quarterback Russell Wilson. Nik Bonitto looks to be the heir apparent to Von Miller, bolstering an already strong defense and joining a loaded pass-rusher group who looks to rush the opposing quarterback on all three downs, according to first-year head coach Nathaniel Hackett. This Broncos defense will be a top-10 option heading into fantasy drafts later this year.

With 'love muscle' Russell Wilson at the helm, this 2022 offense will be good... potentially very good. They are rife with talented skill-position players who will be at the top of fantasy draft boards this fall. That said, the Broncos did not go into the NFL Draft looking to add offensive starters. However, at 80th overall, they couldn't pass on Greg Dulcich, tight end from UCLA. While not a one-for-one replacement for Noah Fant, Dulcich can ball out and is an excellent blocker. He had 42 receptions in 2021, averaging nearly 18 yards per catch throughout his college career. In 2022, he will contend for snaps with incumbent starter Albert Okwuegbunam and spend time as a blocker in 12-personnel. Dulcich is only an option in deep bench and tight end-premium fantasy leagues for now.