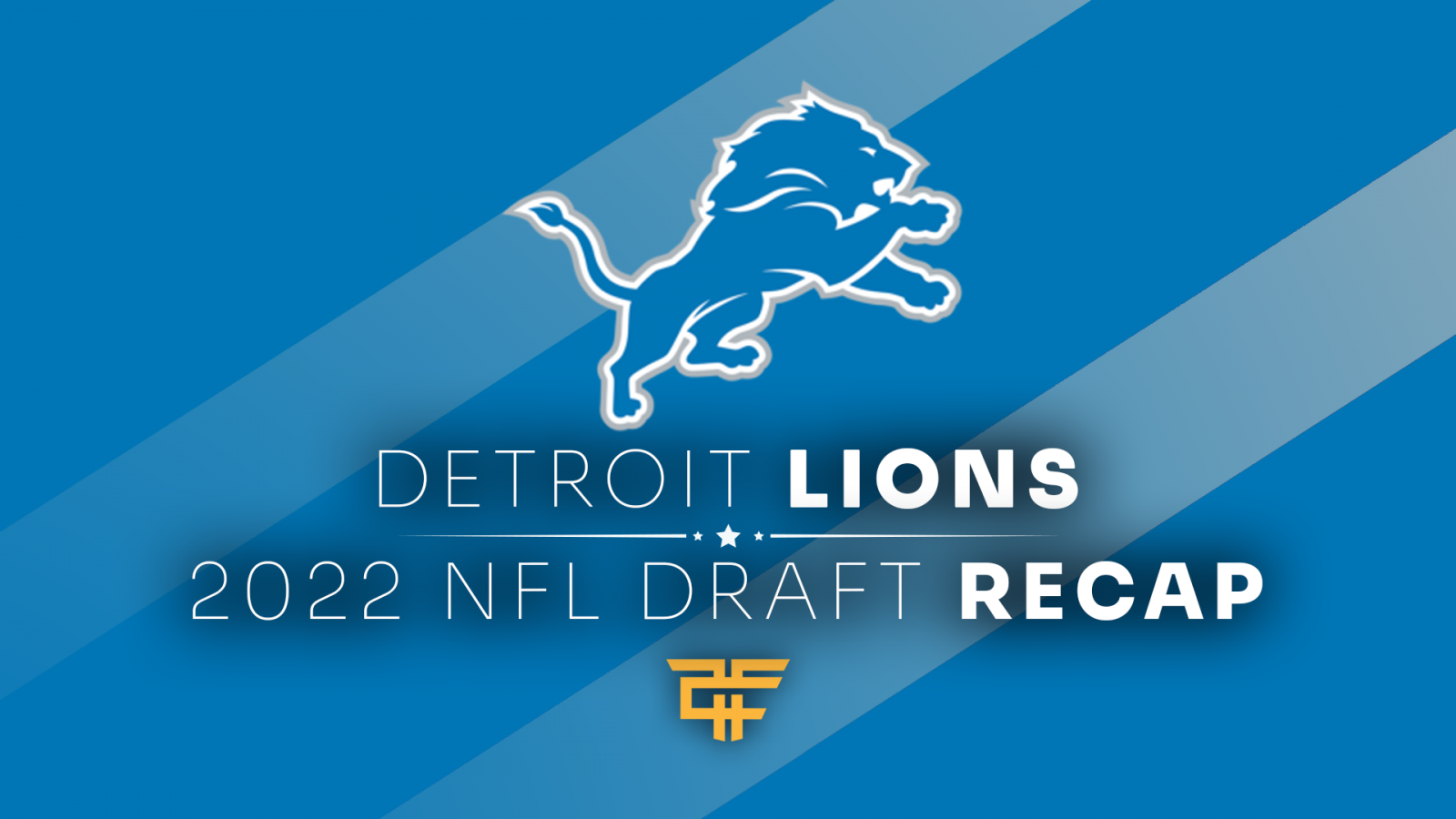 Today, we tackle the Detroit Lions and how they fared in the 2022 NFL Draft.

If you’re still a Lions fan after these last few decades I want to both extend my sincerest condolences and express my admiration for your steadfast resolve and intestinal fortitude. Trust me… I know it’s been a rough ride. I know. On the bright side, it looks like your loyalty could finally start paying off in a major way, and soon. The franchise’s steady, forward-thinking, team-building maneuvers over the last two years have been as savvy as they have been patient, and I don’t want to jinx anything, but it’s getting increasingly difficult to not be excited about the Lions’ future.

The Detroit Lions made a surprise move by trading up in the draft to use the 12th-overall pick on Alabama star wide receiver Jameson Williams, showing us just how much they love this explosive young athlete. Williams was a heavy favorite to be the first wide receiver taken in this year’s draft before tearing his ACL in the National Championship game at the very end of last season. The late-season injury will delay his start in the 2022 season and is the only reason he fell as far as he did in the draft. His recovery timeline and correlated drop in the draft benefitted the Lions immensely and makes him a perfect fit for their rebuild.

Detroit’s extremely shiny new toy stands at 6-foot-2, 180 pounds and is coming off of a productive 2021 season against the nation’s top defenses. The 21-year-old early-declare turned last year's 118 targets into 79 receptions, 1,572 yards and 15 touchdowns, averaging 13.3 yards per catch at a healthy 67% catch rate. He also excelled as a return specialist, showing off his athleticism and vision with a whopping 35.2 return yard average. The Lions add Williams to their promising young receiving core of receiver Amon Ra St. Brown and tight end T.J. Hockenson. Both young veterans are target hogs in the middle of the field though and neither will cut into Jameson’s explosive down-field element.

Considering his timeline returning from injury, it would be smart to draft a full starting lineup before grabbing Jameson Williams in seasonal drafts this year, and you may not see his full potential as long as Jared Goff struggles to push the ball downfield. He’ll be a steal in the mid-to-late 1st round of dynasty rookie drafts and by this time next year, you’ll be thrilled to have Jameson on your roster. You have full permission to be over-the-moon excited about the star wide receiver, as long as you can practice patience while he recovers from injury and gets up to speed learning to play in the NFL.