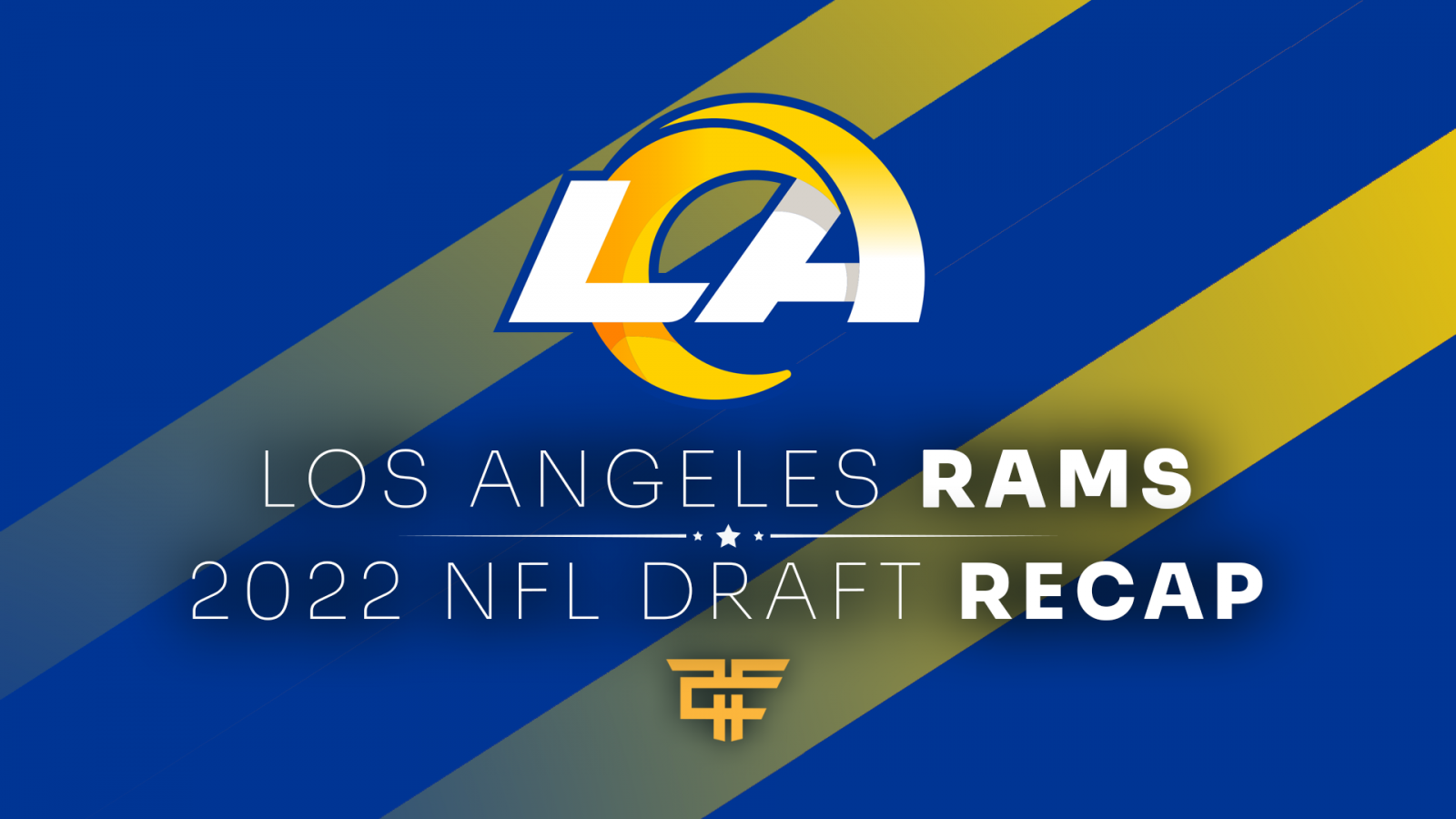 Today, we tackle the Los Angeles Rams and how they fared in the 2022 NFL Draft.

The Los Angeles Rams had no first-round selection for the sixth consecutive draft. During the first two days of the draft, they only picked once at No. 104. This article was intended to filter content for fantasy players, but there won't be much impact heading into the 2022 fantasy season in redraft or dynasty outside of running back Kyren Williams. However, let's look at some possible players impacting IDP leagues or some players who might become players to add on the waiver wire in the future.

After hours of board watching, the Rams finally were able to land a plug-and-play offensive lineman in Wisconsin's Logan Bruss. The 6-5, 309-pound Bruss was a favorite of general manager Les Snead and his staff in the draft process and was a no-brainer at the end of the third round. Snead's hit rate in the third round has been phenomenal, highlighted by 2021 Offensive Player of the Year and Super Bowl MVP Cooper Kupp. Kupp was a third-round selection out of Eastern Washington and saw six wide receivers drafted ahead of him. Bruss will be an instant starter and help solidify an offensive line that lost Andrew Whitworth to retirement. This a great news for those who bought low on Cam Akers last season.

The Rams spent most of their time researching day three players knowing they picked seven times with a plan to fill roles in special teams and rotational skill players. One position Los Angeles wanted to focus on was cornerback after losing Darious Williams to the Jaguars back in March.

I can’t wait to tweet about our next move lol… LFG!

Co-GM Jalen Ramsey was in tune with the thinking of Snead and company. Judging from this tweet, one thing is for sure - the Rams had a plan in place to address the position by trading for Ramsey's former teammate Troy Hill. Hill's timeline with the franchise came full circle as the Rams sent a 2023 fifth-round pick to Cleveland, who signed Hill to a four-year, $24 million deal away from Los Angeles just a season ago. Hill became expendable as Cleveland re-signed Denzel Ward to a monster deal, drafted Greg Newsome II last year, and Martin Emerson at No. 68 overall in 2022. Hill will give the Rams depth at the position hoping that Decobie Durant transforms from a starter at South Carolina State into an aggressive tackler who fits to play in nickel situations in the NFL. The Rams love to target aggressive corners with excellent ball skills, and nobody is better to learn from than Ramsey and Hill, who love to support the run from the secondary.

One player to keep an eye on is Kyren Williams, especially if Akers or Darrell Henderson lose time to injury at any point of the 2022 season. The Rams have loved to use their draft resources on running backs in the past, and it became apparent they were looking into the position by not re-signing Sony Michel in the off-season. The Rams loved Williams so much that they traded up to get him in the fifth round. With his pass-pro prowess and pass-catching ability, Williams will have a role on this team, especially in third downs situations. Williams also brings a downhill running style different from Akers, who relies on this vision and two-cut footwork to get through the line. Look for the former Notre Dame captain to leap ahead of oft-injured Henderson on the depth chart during the season and become a guy we look at to save your rosters via the waiver wire.

"PLAY OF THE YEAR FOR THE IRISH!" -@miketirico @Kyrenwilliams23 takes it 91 yards to the HOUSE! 🏠