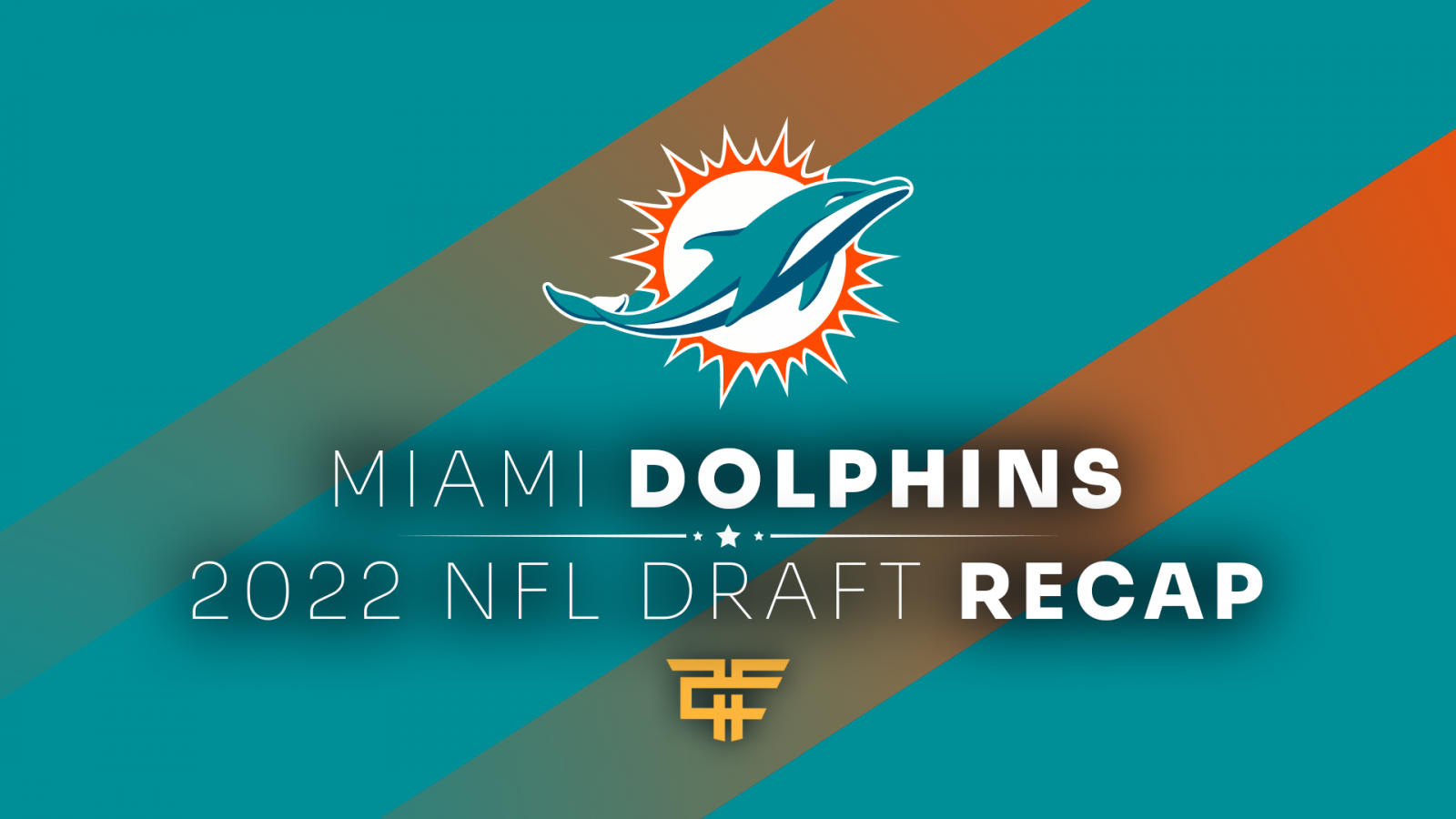 Today, we tackle the Miami Dolphins and how they fared in the 2022 NFL Draft.

The Dolphins are in win-now mode after splurging in free agency, with plenty of wheeling and dealing during the offseason. The main acquisition during the offseason was Tyreek Hill, which cost Miami their first, second, and fourth-round picks in 2022, plus a fourth and a sixth-round picks in 2023. With Hill in town, the Dolphins are looking to finally make a run at the playoffs this year. Hill should be lowered in your rankings just a tad but will remain in the conversation for being a low-end WR1. Miami did not have a draft pick until the third round - where they selected Channing Tindall with the 102nd overall pick.

Tindall will provide some much-needed defensive help at the linebacker position for the Dolphins and could be a sleeper in IDP leagues come this fall.

However, the Dolphins made an intriguing pick in the fourth round by drafting wide receiver Erik Ezukanma from Texas Tech. Over the last three seasons, Ezukanma has averaged 45 receptions, 705.7 receiving yards per game, and brought in 14 touchdowns. Hill and Jaylen Waddle are the top two receiving options for the Dolphins, but if Ezukanma can get past Cedrick Wilson and Preston Williams on the depth chart, the rookie may be able to make a splash or two during the season. Williams can never seem to stay healthy, and this will be Wilson’s first year with the club. What Ezukanma has over Hill and Waddle is size. Both wideouts stand at 5-foot-10 and 5-foot-9, respectively, while Ezukanma comes in at 6-foot-3. In rookie drafts, Ezukanma can be drafted in the late fourth round.

The only other offensive player the Dolphins selected was quarterback Skylar Thompson from Kansas State in the seventh round. Thompson tallied up 7,124 yards passing, 42 touchdowns, and 16 interceptions in his collegiate career. With Tua Tagovailoa and Teddy Bridgewater in front of him, Thompson is nothing more than a project for the Dolphins and a player to watch in deeper two-quarterback/super-flex dynasty leagues at this time.