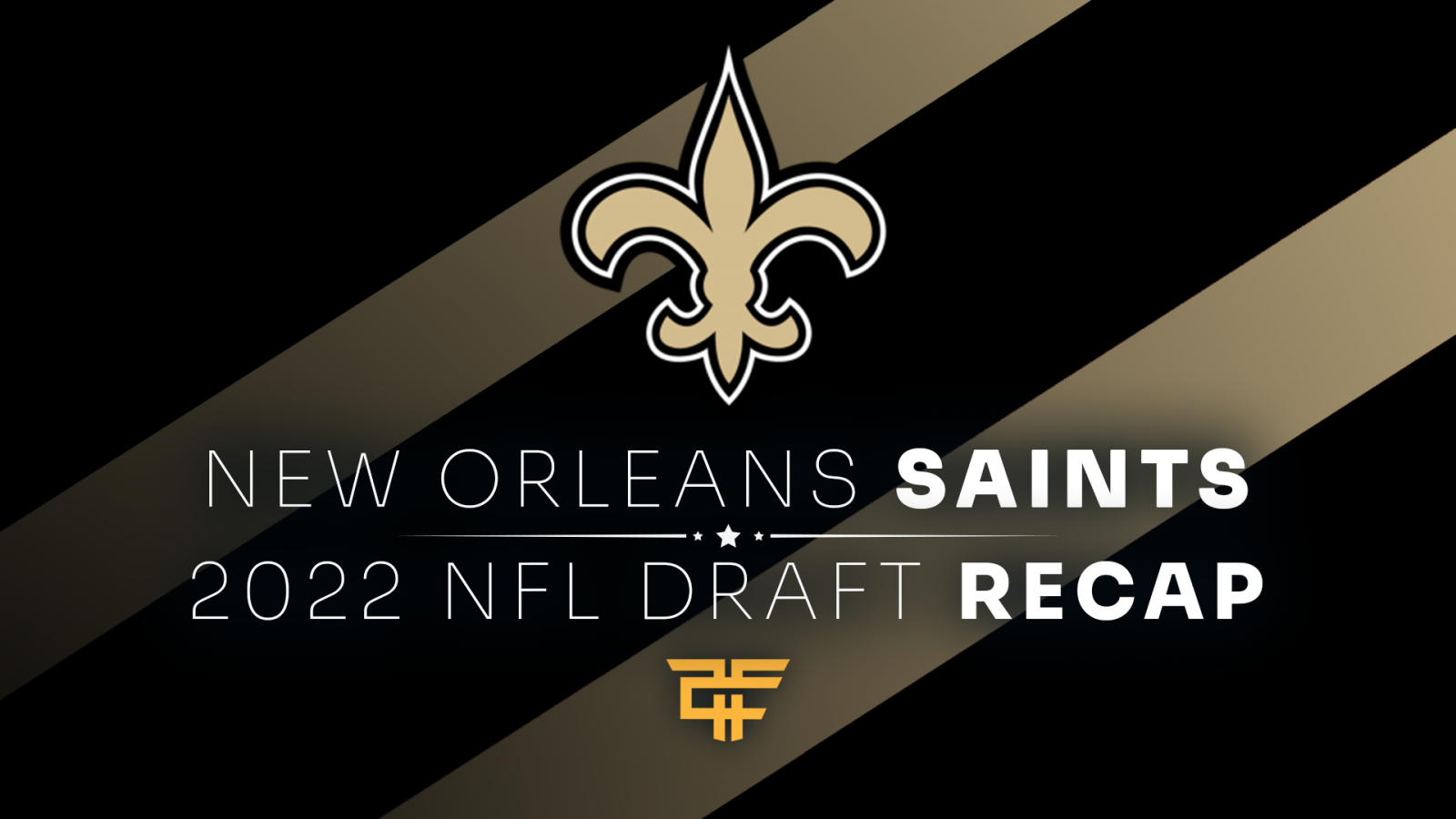 Today, we tackle the New Orleans Saints and how they fared in the 2022 NFL Draft.

After 16 years with the Saints, celebrated New Orleans icon and head coach Sean Payton is stepping away from football. The Saints promoted his replacement from within the organization, handing the reins over to defensive coordinator Dennis Allen. The move provides continuity and stability as the team sets its eyes toward the future. New Orleans will once again have a top-tier defense after improving their secondary in free agency and using three of their five draft picks on defensive pieces.

They did, however, make two big moves in the draft to improve the offense, selecting standout Northern Iowa offensive tackle Trevor Penning at pick 19, and aggressively moving up through a series of trades to select Ohio State wide receiver Chris Olave at 11th overall. General manager/mad scientist Mickey Loomis traded picks 98, 101, and 120 this year, a 2023 first, and a 2024 second-round pick to move up to pick 11 to acquire Olave. That sort of draft capital can’t be ignored and Saints fans should be excited to see what the young talent can bring to the table. The Saints’ faith in Olave is rooted in his outstanding college production, where he holds Ohio State's all-time record for touchdown receptions. The 6-foot, 187-pound speedster is a versatile weapon that boasts the ability to produce at any level of the field. Equally capable in the slot or out wide, his steady hands and good route running promise a reliable floor as a possession receiver while his sub-4.40 field-stretching speed can both create vertical opportunities for himself and be used to pop the top off opposing defenses.

All signs point to the Saints building their offense around Olave as a cornerstone weapon. When you factor in the lack of pass-catching competition, Michael Thomas’ contract, age and instability after two injury-plagued seasons, Alvin Kamara’s off-field legal troubles, the Saints' perennially tenuous relationship with the salary cap, and the administration’s heavy swings to move up and secure Olave with the 11th-overall pick, it’s safe to presume the rookie will be an immediate and long-term weapon on their offense. He’s a safe WR3 with high upside in seasonal leagues and you should feel confident taking him anywhere in the mid-first round of dynasty rookie drafts.