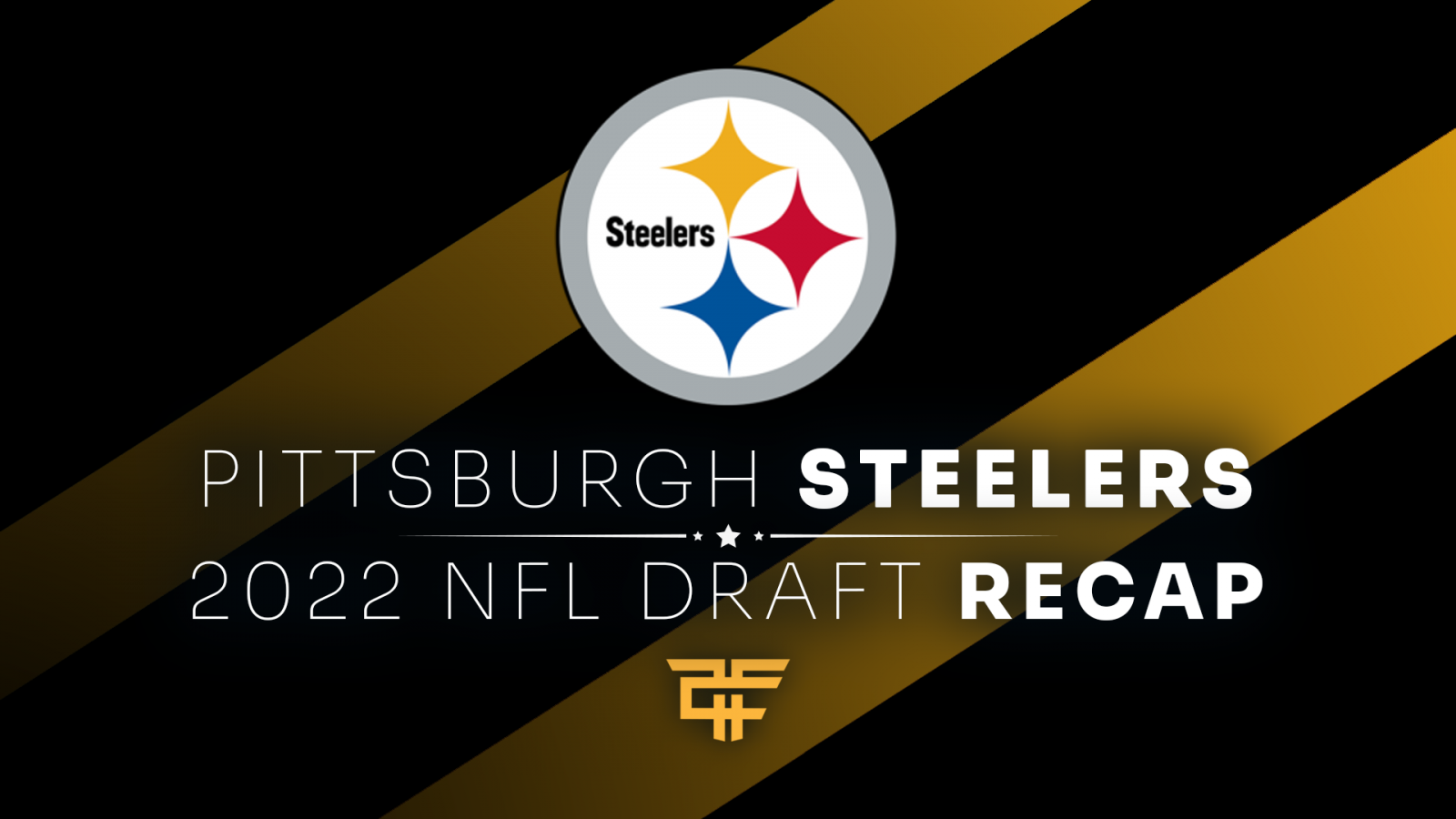 Today, we tackle the Pittsburgh Steelers and how they fared in the 2022 NFL Draft.

The Steelers have some holes to fill with the departures of Ben Roethlisberger and JuJu Smith-Schuster, so it's no surprise to anyone that they took the first quarterback off the board with Kenny Pickett and Georgia's George Pickens in the second round.

The biggest talking point about Kenny Pickett all weekend has been his hand size. Ignoring the narrative, we looked deeper at what could help and hurt from a fantasy perspective.  Pickett's competition in camp looks to be Mitch Trubisky, Mason Rudolph and seventh-round pick Chris Oladokun. It's not likely Pickett begins the season as starting quarterback unless he has a stellar preseason or Trubisky gets injured. Pickett's positives are he's got a cannon for an arm, with a career average of 7.3 yards per attempt.  His accuracy when he takes his time is very good, and Pickett only lost one fumble last season.  Some glaring negatives can't be ignored, however. Prior to 2021, Pickett had 23 fumbles in his first three seasons and a pedestrian 13:9 TD:INT ratio each season during that span. Dynasty teams will pick him up likely in the 10th-12th round, with two-QB leagues a bit sooner.  Redraft two-QB/Superflex teams will have Pickett on their radar in the later rounds leading up to camp. In single quarterback redraft leagues, don't bother unless he gets the starting gig. Even then, he may be a questionable commodity.

Redraft players will have an eye on George Pickens and, to a lesser extent Calvin Austin. Pickens sits at WR3 on the Steelers' depth chart behind Diontae Johnson and Chase Claypool. The Pickens comparison is Josh Reynolds, with sharp focus, strong hands and good burst, plus sharp turns and elite catch radius. Pickens, however, just came back from a torn ACL in 2021, and he had his share of issues resulting in team suspensions for behavioral problems in previous years. Pickens will likely be snapped up in all dynasty and best ball formats. He might be worth a late-round dart throw in redraft leagues, depending on the QB situation and his health as he works through training camp and preseason.

Calvin Austin is an undersized track star turned wide receiver with average route skills and good speed.  Drawing a comparison to Buffalo's Isaiah Mckenzie, he can develop into a tremendous short-field option for any Steelers quarterbacks.  Likely nothing more than a late dynasty dart throw, keep an eye on Austin's development and rapport with Pickett in the coming weeks.

In an attempt to lobby "Hard Knocks" to come to Pittsburgh to showcase some family drama, the Steelers drafted TE/RB Connor Heyward, brother of current Steelers defensive end Cameron Heyward, from Michigan State.  Connor is more suited as an H-back than tight end, so look for him to be more of a pass-protection blocker with the occasional dump-off/safety valve role.  If Heyward has tight end/running back designation in your dynasty league, he's worth a look.  Otherwise, he's a name you'll see on "Hard Knocks Pittsburgh" this summer, and that's about it.

The Steelers did exactly what we thought they would do in spending their draft capital on getting arguably the most NFL-ready quarterback on their roster - in case Mitch Trubisky isn't the answer.  They also picked up an explosive outside receiver, a speedy slot receiver and a solid H-back/TE2 to give their quarterbacks some help. None of these draft picks are likely to be your Day 1 starters this season, but they are all names to remember for waiver/late-round grabs in redraft in 2022.