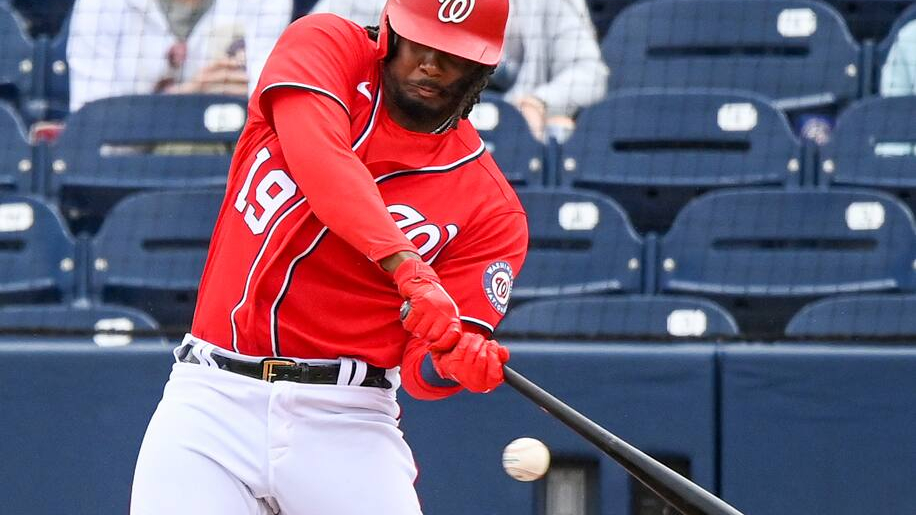 It's that time of year where football ramps up, yet baseball is still in the thick of things. By now, fantasy baseball managers have an idea of where they sit in each hitting and pitching category, particularly in rotisserie leagues. With any sport, particularly fantasy baseball, we're constantly attempting to project what might happen moving forward.

Thankfully, Derek Carty with THE BAT X system is one of those projection systems that provide rest of season updates. We'll do a brief breakdown of two different hitters that sit near each other in ROS wOBA. Since we're using THE BAT X, the focus is on hitters.

I debated tossing this one out since Ketel Marte recently landed on the IL. However, this might be a good comparison. Marte versus Wander Franco.

Outside of almost an identical projected ROS wOBA, Marte and Franco project for similar counting stats with the main difference in a few more steals for Franco. When Marte is healthy this season, he produces well with four home runs, 24 runs, 21 RBI, and one stolen base with a .370 batting average boosted by a .414 BABIP in 148 plate appearances.

It's Marte's second stint on the injured list, with the first being his right hamstring and the current with a left hamstring strain. Hopefully, we have the minimum 10-day stay on the IL for Marte.

For Wander Franco, we won't overanalyze his MLB debut. In 27 plate appearances, Franco has one home run, five runs, four RBI, and one steal with a .136 batting average. We love the identical 18.5% walk and strikeout rates though it's a small sample. Interestingly, THE BAT X has the most favorable ROS projections, particularly in batting average. In redraft leagues, I'd lean on taking the (hopefully) healthy Marte for the rest of the season over Franco at this point.

Since doing MLB game recaps for FantasyProsMLB, I've tracked Josh Bell closely with a slow start to 2021. With Jared Walsh, he broke out towards the end of 2020. Admittedly, I missed the swing and approach change and chalked it up to a hot streak that wasn't sustainable. I felt pain for the first month or so when Walsh hit six home runs with a .360 batting average. Let's look at the ROS projections for both hitters.

Fantasy managers roster Bell for power, and we see a slow uptick in production in May and June. Currently, Bell has a .226 batting average and .727 OPS with 11 home runs. He started slow, so Bell's season-long production looks below average. The graph below displays the ups and downs of Bell throughout his career and to start 2021. 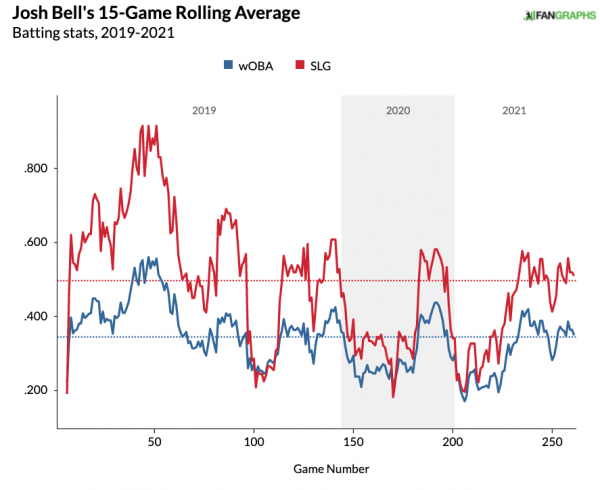 Bell typically hits the ball hard, but his main issue involves the ground ball rate. Luckily, Bell crushes batted balls on FB/LD with a 98.1 mph exit velocity (No. 7) between Rafael Devers and Nelson Cruz. Hopefully, the ground ball rate doesn't creep too much over 50%, or it might negatively affect his production, but that's the roller coaster we ride with Bell.

First off, what a story to see Trey Mancini battle cancer, miss the entire 2020 season, then produce well in 2021. On the flip side, we have Kris Bryant, who some people faded due to injuries and a down 2020 season.

Through 325 plate appearances, Mancini has 14 home runs, 42 runs, and 52 RBI with a .258 batting average and .789 OPS. Almost everything in Mancini's batted ball and plate discipline data looks similar to previous seasons. However, Mancini boasts a career-best 12.3% barrel rate with a career-high .448 xwOBAcon outside of the short stint in 2016 of only ten batted ball events.

So far in 2021, Bryant has 15 home runs, 45 runs, 41 RBI, and four steals with a .261 batting average. Bryant looks healthy. He is making above-average zone contact at 87.9%, with a 10.9% barrel rate similar to previous seasons. Outside of June, Bryant hit well in April and May. It looks like a bit of some misfortune after his high BABIP boosted his production early on. 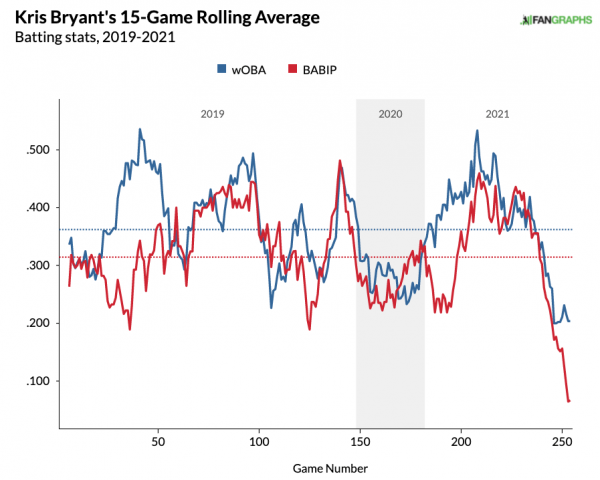