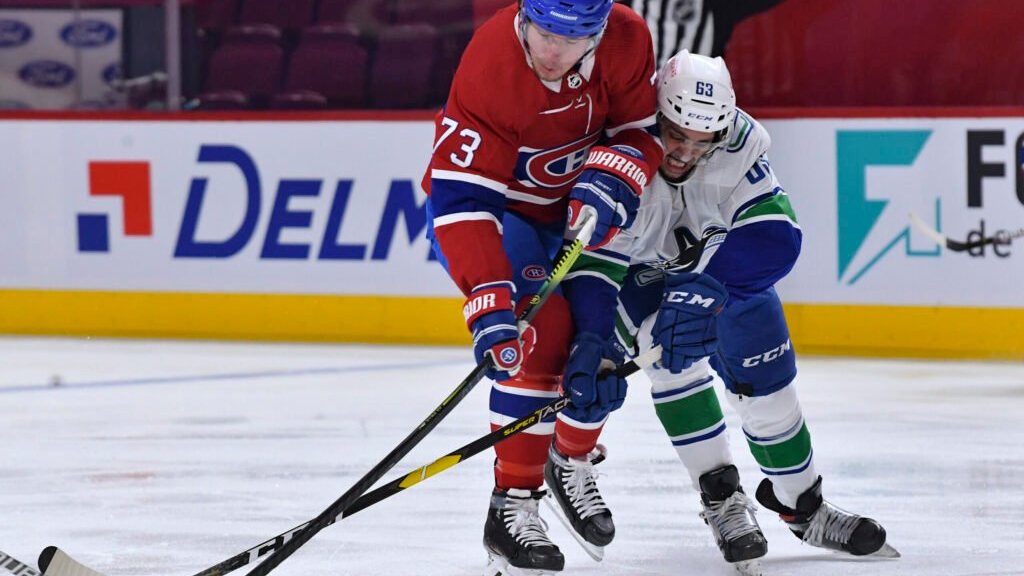 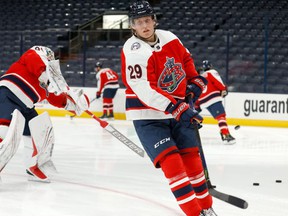 Patrik Laine is ready for battle with the Blue Jackets

We are a few weeks into this fine young NHL Season and I can say that I have been pleasantly surprised quite a few times.  The Pierre-Luc Dubois trade demand especially, and the trade to Winnipeg for draft classmate, and one pick ahead of him, Patrik Laine.  I’m excited for the Jets as they’re one of my favorite teams and the emergence of Kyle Conner’s offensive skills made Laine available. The Jets need help on the back end in my opinion, and personally, I would have went after Zach Werenski, but the Jets have promoted first round mountain, Logan Stanley to the big club, and here’s to hoping that defense tightens up...but the non-stop scoring is fun to watch.

Speaking of scoring, the San Jose Sharks offensive output has surprised me as well.  Thomas Hertl and Evander Kane have been playing like all-stars, and Timo Meier is also contributing across the board.  The West is the weakest division along with the Central, and that could bode well for the Sharks to possibly attain a possible playoff berth.  San Jose has playoff experience and deep defensive corps, which has some floaters who were very high scoring one time ago. Keep an eye from the deep as the Sharks may surprise you.

One HUGE surprise for me thus far, and I’m sure many of you, has been the play of the Montreal Canadians. They have a 6-1-2 record and 14-point start, and are at a plus+15 in goals for vs. goals against.  Carey Price has looked like he’s in prime form, which could spell trouble for teams like Edmonton and Calgary who I predict as playoff teams. Backup goalie, Jake Allen has been even better in his two starts with a .907% save percentage and 2.01 goals against average. The Habs have 19 players with at least two points in these seven games and ten players with at least five points, so it’s really a “team” effort. Tyler Toffoli leads the way and has been lights out with seven goals and ten points, along with two short-handed goals as well, on the second line with former Tampa malcontent Jonathan Drouin and speedster Philip Danault. This line is warming up again after a slow game prior.  I dropped Toffoli thinking he was going to morph back into his old self, but not so fast my friend. His old self is still a 20 goal scorer that also gets top power play minutes, so Tyler may keep adding to that total this shortened season. In short, hang on to him. 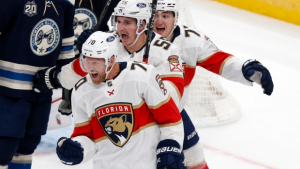 After a delayed start to their season, the Florida Panthers look as if they’re buying what multiple Stanley Cup winning coach Joel Quenneville is selling.  Last season I had them pegged as my sweetheart team and well, better late than never to the dance, I guess. As of this writing, the only team in the NHL to draw more fans with the doors locked to the public are 5-0-1 and tied with Tampa for the lead in the Central Division. Patric Hornqvist has been a nice addition and tied for first place with seven points along with Barkov, Huberdeau, and Tampa castoff, Carter Verhaeghe.  More impressively when watching the Panthers is that Aaron Ekblad has really tightened things up on the defensive end and has six points. The points will come, but the defense will get Norris Trophy mentions if he and the Panthers continue to play this well. Before anyone else chimes in with the “they played Detroit and Chicago for four of those wins”, I’m already aware. For a team that was very sloppy in their own end last season, it’s these baby steps they need to take to succeed. Florida has some very talented players on their roster and I expect them to advance deeper in the playoffs each season as they learn and grow as players and not become malcontents like the Toronto corps of young players did on Mike Babcock!  He wasn’t the fault there Shanny, it was those kids’ refusal to listen and learn from a guy who has been there before and knows what it takes to win the Cup.

As for statistical leaders, there aren’t any real surprises, but there are a few nice mid-round draft choices shining early on this season. Anze Kopitar, who was a part of my five-year sweep of my local league, is up there with 11 assists so far, and James VanRiemsdyk is also in the top 20 scoring leaders and is shooting a blistering 25%. There has been a point shift in Montreal once again. This time it’s Jeff Petry anchoring that power play for Le Blue Blanc Rouge and is tied for third in the NHL +/- (plus 10), on the ice for 24 goals for, and tied for 11th in points so far with 11. I love watching the North (Canadian) Division play the most because I normally do not see them with Fox Sports – Detroit and NBC Sports overwhelming us with East Coast games in the primetime slot. I love watching the Flyers and Rangers, but mix it up for goodness sake man! They’re the main reason I went back to the NHL Season Pass.

If you want to talk pucks, anytime drop me a line @PolkaPat and we can talk about baseball, football, TV shows, movies, and of course, beautiful women!