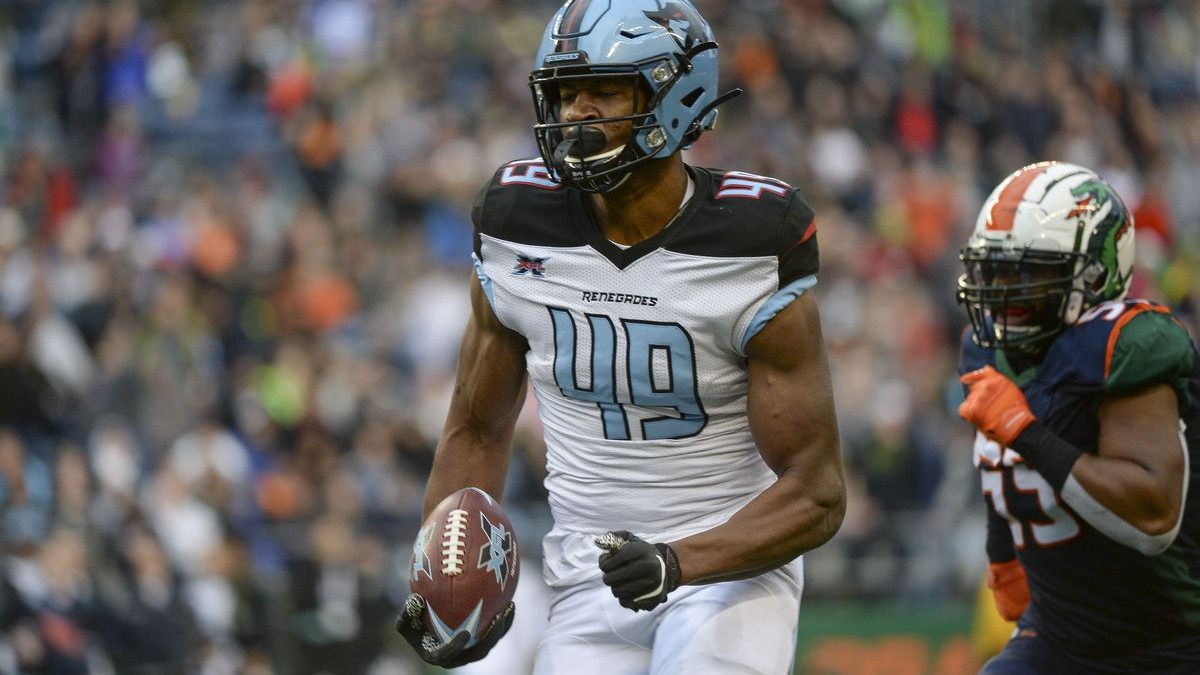 Five XFL Players That Could Be Fantasy Relevant in 2020

Having zero sports and being stuck at home has led me to examine the important topics facing fantasy football at the moment. One of the most significant items I know we can all agree on is what XFL players could see opportunities in the NFL and be fantasy relevant. Okay, maybe this is not something that has been crossing people’s minds, but it is still worth taking a glance at.

The XFL season was cut short due to concerns with COVID-19. The league was only allowed to showcase five of ten games that were on the regular-season schedule. Even though the season had to be abruptly terminated, several players in the league caught the eye of both fans and NFL teams.

There will probably (hopefully) be a handful of XFL pros who get signed to NFL rosters. Questions about the significance of these players in the fantasy football world are abundant, but below I outline five XFL standouts that could be valuable to your fantasy roster.

The Los Angeles Chargers found themselves a star in 6’8” tight end Donald Parham. Parham, formally of the Dallas Renegades, was a stud when playing for his former XFL team. The massive target had the speed to make great plays, and he frequently found himself wide open.

While playing in the abbreviated season of the XFL, Parham had the most receiving yards for all tight ends in the league. He additionally achieved fifth overall when it came to receiving yards at any position. Parham obtained 307 yards in his XFL career, with 24 receptions and four scores in the end zone. His huge playmaking skills were on exhibit when he turned 15 of those receptions into first downs.

Parham is not the greatest blocker out there, but he makes up for his lack of ability in that field with his agility and hands. The 240-pound tight end is worth keeping an eye on as he can be a fantasy force to be reckoned with.

One of the most prominent standouts in the shortened XFL season was quarterback P.J. Walker of the Houston Roughnecks. The Carolina Panthers put a two-year agreement in place with the up-and-coming XFL star. Walker wound up being the first XFL player to attain a spot on an NFL team. He will be a backup since the Panthers rostered Teddy Bridgewater as their starter. Cam Newton and Kyle Allen are no longer Panthers, so this frees up some room for Walker.

During the XFL season, Walker was lights out, putting up 1,338 passing yards in the five games played. He led the league in passing yards while additionally tallying the greatest amount of touchdown passes at 15. Leading the Roughnecks to an incredible 5-0 record, Walker proved he has what it takes to play in the NFL.

Although Walker will not be a starter, keep a lookout for him in deeper leagues, especially two-quarterback and superflex leagues. He has the talents to take over for Bridgewater if he finds himself hurt during the season. Hopefully, Bridgewater will not get injured, but if it does happen, the Panthers have themselves a viable backup.

The second Houston Roughneck on the list is wideout Cam Phillips. He is currently not signed to an NFL team, but he could be a fantasy ace if signed by the right team. It is still to be seen whether or not an NFL team will take a shot on him, but they would be getting a solid wide receiver if signed.

While participating in the five games of the XFL season, Phillips was on top in the league at receiving yards, coming in with 455 total yards while hauling in nine scores and 31 overall catches. Through those games, Phillips was chosen as the “Star of the Week” three times. He put up great numbers and was a proficient deep threat.

Phillips has been given small opportunities previously in the NFL. He was signed in 2018 to the Buffalo Bills, coming in as a free agent and participating on the practice squad. Phillips was just a practice squad player with his stint in the NFL, but he would be a nice supplement to a team looking for depth at the wideout area. Phillips showcased that he could be more than just a practice squad guy if paired up with the right quarterback.

The second XFL quarterback to ink a deal in the NFL was Jordan Ta’amu, signing with the Kansas City Chiefs as a backup. He should complement Patrick Mahomes well and would be a safe plug and play option if Mahomes were to ever get injured. The 22-year-old Ta’amu is a nimble and effective man behind center.

The gunslinger completed a plentiful 72.4 percent of his passes in the XFL, beating out all other quarterbacks as the highest completion rate. He had 1,050 yards in his experience with the BattleHawks which was the third-most in the league. Ta’amu additionally owned the third-best passer rating at 101.3.

Ta’amu is a highly mobile quarterback who used his feet to his benefit while competing in the XFL. The budding quarterback topped the league in yards per carry at 5.29 yards. At the quarterback position, the BattleHawk was first in rushing with 217 yards. Additionally, he was seventh overall in rushing yards at any position. The Chiefs solidified their backup quarterback situation by obtaining a player who is both accurate and fast.

Lance Dunbar has been in the NFL already and had a rather stable career while there. The 30-year-old running back was used heavily as a pass-catcher while playing for both the Dallas Cowboys and the Los Angeles Rams. He spent his 2012 through 2016 seasons with the Cowboys but was injury-plagued while rostered there. He had recurring knee injuries that made him decline in the NFL.

While competing for the Dallas Renegades in the XFL, Dunbar was third in two categories --- receptions with 26 and yards per carry with 4.7. Dunbar proved he is still a versatile back that can be used to complement an NFL team’s lead back if given the shot.

Dunbar is up there in age and has been riddled with injuries in the past, but a team looking for a cheap temporary fix at receiving back would be getting a dependable player. He has looked reliable in the NFL and can come in right away to make a difference. Be on the lookout for teams to show interest in the Renegade if wanting to fill that Swiss Army knife running back spot.

Other XFL players had many highlights while competing in the 2020 season. Their seasons were reduced, but are hoping they will find a new home in the NFL. If any of the listed players above or any of the other standouts (such as running back De’Veon Smith) get signed to an NFL team, watch for them to have immediate fantasy value.