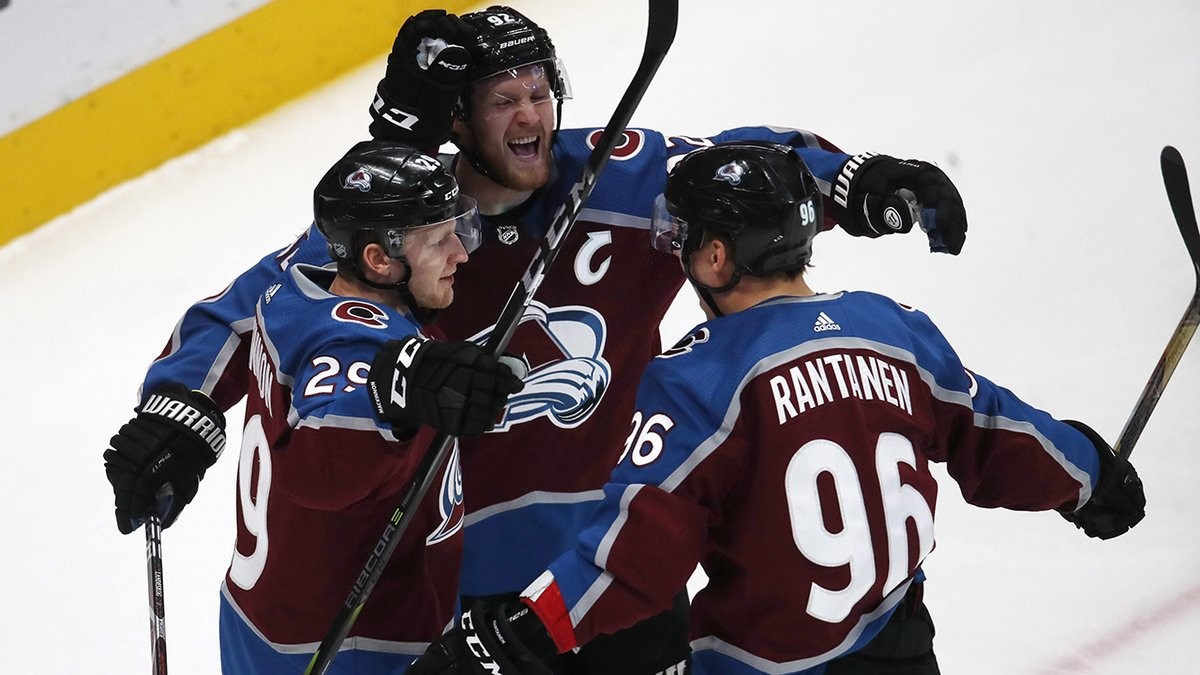 A Time to Forgive?

Let me apologize for my absence, I’ve been an off ice official for the Grand Rapids Griffins and have zero time now, but anyway, here we go.

As a lifelong Detroit Red Wings fan, I have a burning hatred for the Colorado Avalanche, especially the old team we competed against every year for the Western Conference Championship.  I wouldn’t have pissed on any of them if they were on fire, except for Joe Sakic, he and Steve Yzermen embodied class and are two of the greatest ever.  Lately though as Colorado is slowly trying to build into a contender some of their players are making my hatred dissipate.  Nathan McKinnon and Mikko Rantanen are good, and great together, heck even captain, Gabriel Landeskog has picked up his game.  All of the sudden success also coincides with the trade of Matt Duchene, and departure of jack ass number two of those great teams, Patrick Roy, coincidence? I think not.

Let’s take an in depth look at numbers before and after these departures, and decide if I should just still hate the old team, and accept the new Avalanche, who are currently two points behind Nashville for tops in the tough Central Division.

Colorado currently sits in second place in the ultra-tough Central Division, sandwiched between Cup contenders Nashville (1st) and Winnipeg (3rd).  That makes for some tough sledding for any other team thinking of becoming a top dog, as Nashville boasts one of the top two defensive corps in the NHL, and the new Jets of Winnipeg have one mighty powerful offense.  Colorado though has played very well and are getting some secondary scoring from Alex Kerfoot, J.T. Compher, Colin Wilson and Carl Soderberg up front and Tyson Barrie continues his scoring assault from the rear after a couple of suspect seasons.

How about a Hot Carl Sandwich?   Don’t be fooled though, it’s the top line stirring the drink in the Mile High City.  Just look at the season stats so far this season, via Hockeyreference.com

Mikko and Nathan are the top tandem in the league since uniting and that’s versus some elite tandems, Stamkos/Kucherov, Laine/Scheifele/Wheeler, Benn/Seguin, Pastrynk/Marchand/Bergeron to name a few, and yes, some of those are threesomes, but the parts are interchangeable.  My point of this exercise is to possibly like these two, who play on my least favorite team ever, due to the Blood feud we Red Wings had with those assclowns of the 90’s.

Since the start of last season, only four duos – Kuznetsov/Ovechkin (6.0), Malkin/Kessel (5.8), Kucherov/Stamkos (5.5) and Marchand/Pastrnak (5.5) – have produced more goals per 60 minutes in all situations than MacKinnon and Rantanen (5.4), according to TSN

I will draft this top line as long as it’s together now, regardless of how much I hate the franchise, former players and dumb ass fans who got themselves a 102 point team that defected from Quebec, and thought they actually earned all those wins and two Cups.  Those belong in Quebec, as does another franchise Bettman!  Quit trying to even things out in the NHL by putting teams in Western Conference markets, when Florida cannot even fill their barn, move that shit situation to Quebec City, and then give Seattle a team, maybe, they couldn’t even keep the Super Sonics man, try Portland?

Great city and all they have are the Trailblazers, give that awesome place an NHL team and watch it take off.

Anyway enough of my bitching at the now Hall of Famer Gary Bettman, and let me give you some expert advice.  Do not draft as a homer, it will kill you if you go all Rangers when there are other fountains of points on teams you’ve hated your entire life.

More to come very soon, promise, and may all your shots go top shelf and your dekes break ankles.

Anytime you wish to get real hockey opinions, and unedited, reach me @PolkaPat