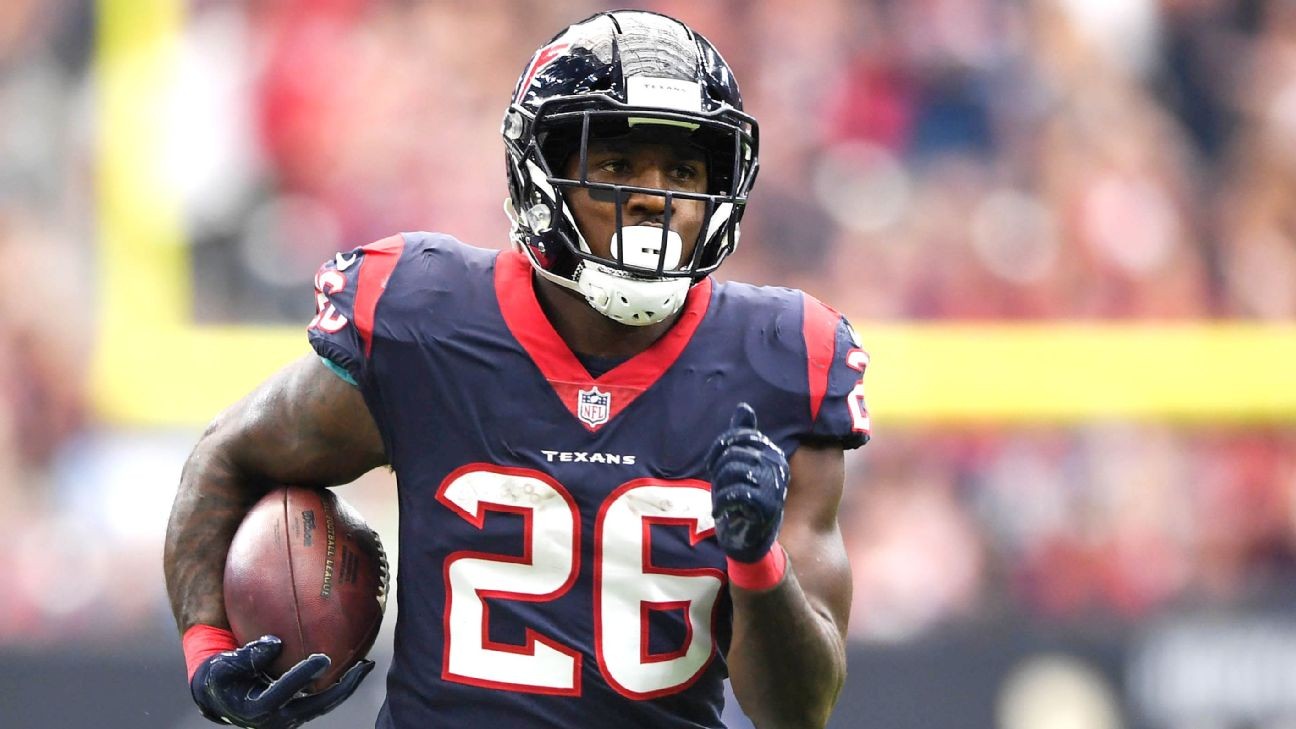 All Miller, No Filler

Lamar Miller is a running back that I am high on every year. He is not a player I reach for though. I know he won’t give you RB1 numbers, but that is not expected.

Miller is one of those running backs that you can get in later rounds and feel confident using as your RB2 while only having to pay an RB3 or RB4 price. Although Miller is not touted as a sexy option, he is still a solid choice. That is something that is not all too easy to come by in the fantasy football world.

First of all, everyone is worried that D’Onta Foreman is going to swoop in and seize Miller’s job. Yes, Foreman has to prove himself this year after recovering from an Achilles injury that left him sidelined in November of the 2017 season. He played in 2018 but was only able to go for seven carries and negative one yard. Foreman also did not see the field until week 16 in that campaign.

Achilles injuries are complicated, and a generous portion of NFL players have seen their careers falter or all together end due to the severity of that injury. I am not overly concerned that Foreman is going to steal Miller’s workload. Foreman will get his turn to do work, but I still have confidence in Miller being the main guy.

One of the significant concerns hindering Miller’s production is the fact that the Houston Texans have a mediocre to poor offensive line. Houston tried to address that issue in this year’s NFL Draft by taking offensive line players in the first two rounds --- Tytus Howard and Max Scharping. They are trying to beef up that line so that Miller and company can be more productive.

A positive note for drafting Miller is that the Texans did not take a top running back in this year’s draft. In the seventh round of the draft, Houston selected fullback Cullen Gillaspa from Texas A&M. While some will argue they did not address the running back position because they have faith in Foreman, I am still putting my trust in Miller.

The only competition that Miller will see besides Foreman are the undrafted free agents Karan Higdon and Damarea Crocket. Neither of those players knocks my socks off. I am still drafting Miller as Houston's three-down back.

Miller has seen a hefty workload over the last six seasons. He managed to have 200+ touches in each one of those campaigns. This running back is excellent at catching passes which makes him even more appealing in PPR formats. He is a hard working individual who is reliable when healthy.

Last season, Miller caught 25 of the 35 targets thrown his way. He almost hit the 1,000-yard mark as well, coming just under with 973 yards. Miller only played in 14 games in 2018, so picture what he could have done if he was able to play all games.

In Miller’s career, he has gone over 1,000 yards twice in seven seasons. 2014 with the Miami Dolphins, Miller went for 1,099 yards and in his first season with Houston (2016), he rushed for 1,073 yards. I believe he will be close to that 1,000-yard mark in the 2019 campaign with the slightly improved offensive line and the intellect of quarterback Deshaun Watson.

You know precisely what you are getting when you select Miller, but that is not a bad thing. He isn’t a flashy player, but he is one of those guys you can count on to get you points. Again, he is a player you will not have to spend a large portion of draft capital on, so he makes for the perfect later round grab.