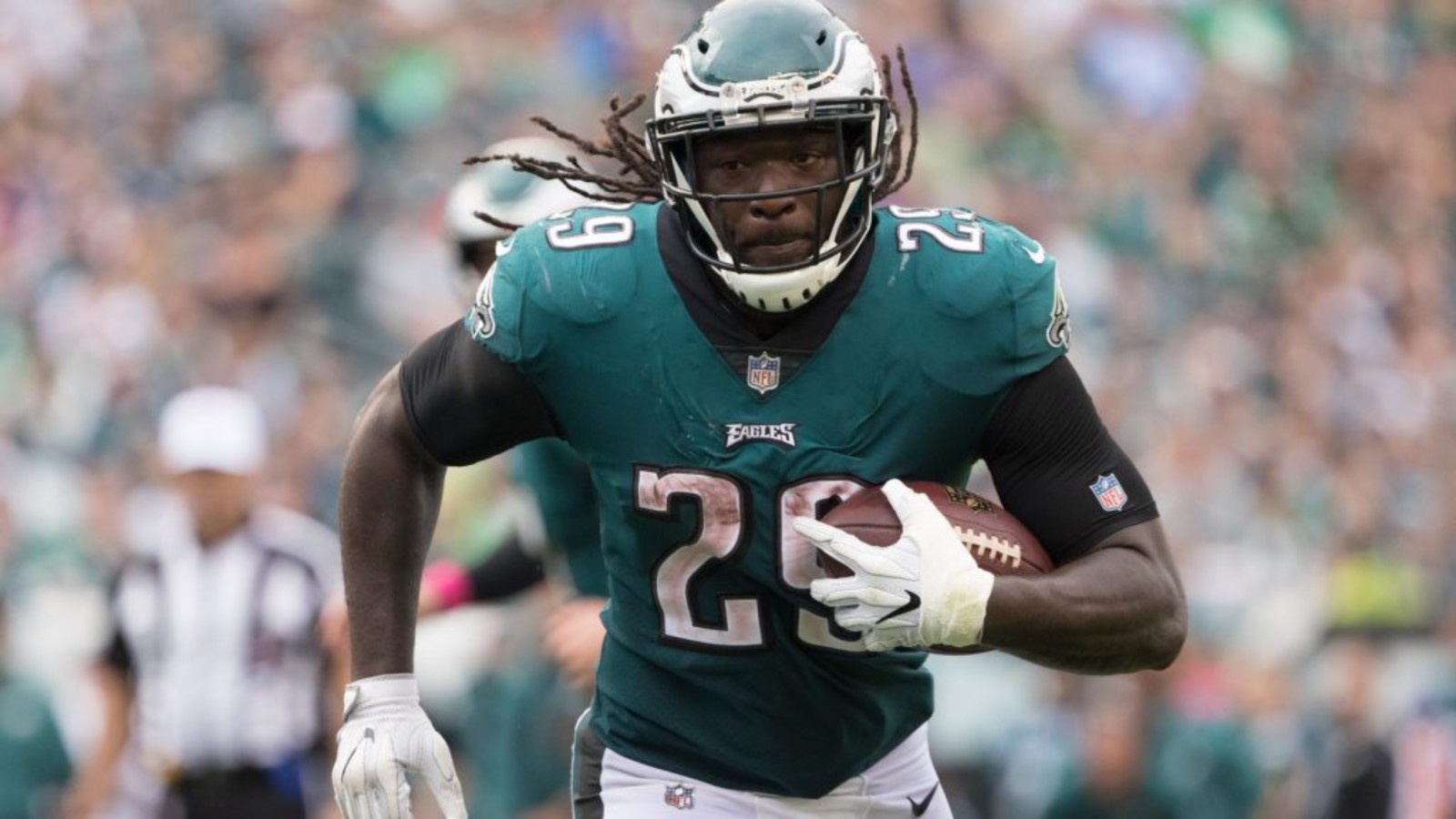 I love best ball leagues. I want to do as many drafts as possible every year and best ball leagues give me the chance to test my knowledge against others in real leagues, but don’t give me the stress of trying to remember when the waiver wires are for each of my 76 leagues. That’s right I used to run more than 65 full in-season management leagues every year, including 76 in 2010. And EVERY SINGLE WAIVER WIRE was at a different day and time or at least really felt that way. I felt like I needed the help of the government’s Vulcan supercomputer just to pick up the garbage player of the week.

Best ball gives me the fun of being able to do over a hundred leagues in a season without the weekly stress, I’ll leave that to my constantly losing DFS teams. But when it comes to drafting in best ball, there are some definite differences between them and in-season management leagues. In most in-season leagues you are usually looking for mostly consistent players, but with a couple of upside players thrown in. In best ball I am looking for the upside players in every round. I don’t care if a player will give me a few dumpster fire games each year, as long as they also give me at least 4-5 big games.

That’s my mindset when I draft in these leagues. Usually you have many more roster spots in best ball because you can’t do waivers or trades, so you need more players to help each team get past any injuries. With that extra roster spot depth, having volatile players gives you a better chance to get a top score in any week. You know all those players in your in-season leagues that always seem to go off when they are on your bench, those are the players I want in best ball, because I will get credit for each and every one of those big weeks.

This was all a long-winded way of saying these are four of my favorite players that can be found in later rounds of best ball drafts that can really help your team succeed.

LeGarrette Blount RB DET – Blount is currently coming off the board at the end of the 13th round in PPR drafts. Using 2017 numbers the 24th best back (figuring 2 starters) scored an average of 10.4 points per game (PPG), so let’s use that as our baseline. Just for reference the 24th best score in 2016 was 10.8 PPG, so it is close. So anytime Blount gets at least 50 yards and a touchdown he should end up in your starting lineup that week.

I know he will be behind Kerryon Johnson in most things, but Blount will be the goal line back and will also see additional work. One of the first things Matt Patricia did after taking over this team was go out and get Blount because he knows what he can do. Plus, Kerryon’s upright running style and slight frame could lead to him missing some time with an injury, at that point Blount is the starter and this pick definitely pays off, but it will pay off even if Johnson plays 16 games. Remember you are only looking for 4-5 big games, anything more than that is gravy.

Mike Wallace WR PHI – Wallace is the forgotten guy in Philadelphia, but really should not be. At this point it seems very possible that Alshon Jeffery begins the season on the PUP list, meaning he misses at least the first six weeks of the season. If that happens Wallace should step right into that starting outside spot.

Wallace is not even being drafted in most leagues because he ADP is sitting at the 248th pick, or mid-21st round.

Using the same methodology as we did with Blount, we will use the 36th best WR score, assuming you can start 3. This score was 12.3 PPG, scored by Adam Thielen. Wallace, even on a bad Baltimore offense eclipsed this number seven times in 2017 and if Jeffery is on the PUP to start the season, I expect this number to go up in 2018.

Dallas Goedert TE PHI – Goedert is a rookie TE that is sitting behind one of the top TEs in the league, so why would I think he could do any good in 2018? His predecessor, Trey Burton had five touchdowns as the backup in 2017 and Goedert is a more explosive big play tight end. He was easily the best TE coming out of the draft, but most fantasy owners disregarded him because of where he landed. Don’t buy it.

Goedert is one play away from having the chance to be a top 10 TE if Ertz ever got hurt, but even without that he will get plenty of playing time as I expect the Eagles to use a 2 tight end set often enough to make him a viable asset. The 12th best scoring TE in 2017 averaged just over 8.4PPG. Any time this kid scores a TD he will hit that mark and I expect him to hit that mark in at least 6 or 7 games. His current ADP is at the start of the 22nd round (remember best ball has more rounds per draft) and is being picked as the 27th TE taken. Even if Ertz is standing up for the whole 16 games, Goedert will return great value on this draft spot.

Case Keenum QB DEN – Keenum is coming off the board in the middle of the 17th round. He was a solid QB 2 last year in Minnesota, is now moved to Denver and finds himself once again with two solid receivers and a rookie running back I like a lot. All camp noise has been positive, and he is definitely an upgrade for Demaryius Thomas and Emmanuel Sanders.

If we look at the 12th best scorer at QB in 2017, Jared Goff, he scored an average of 20.5 PPG. Using that as our baseline Keenum scored more than 20.5 PPG six times last year and he can be grabbed as your QB 3 late, but with QB 2 upside. If he gives you six scoring games, then your first two QBs only have to account for 11 between them.