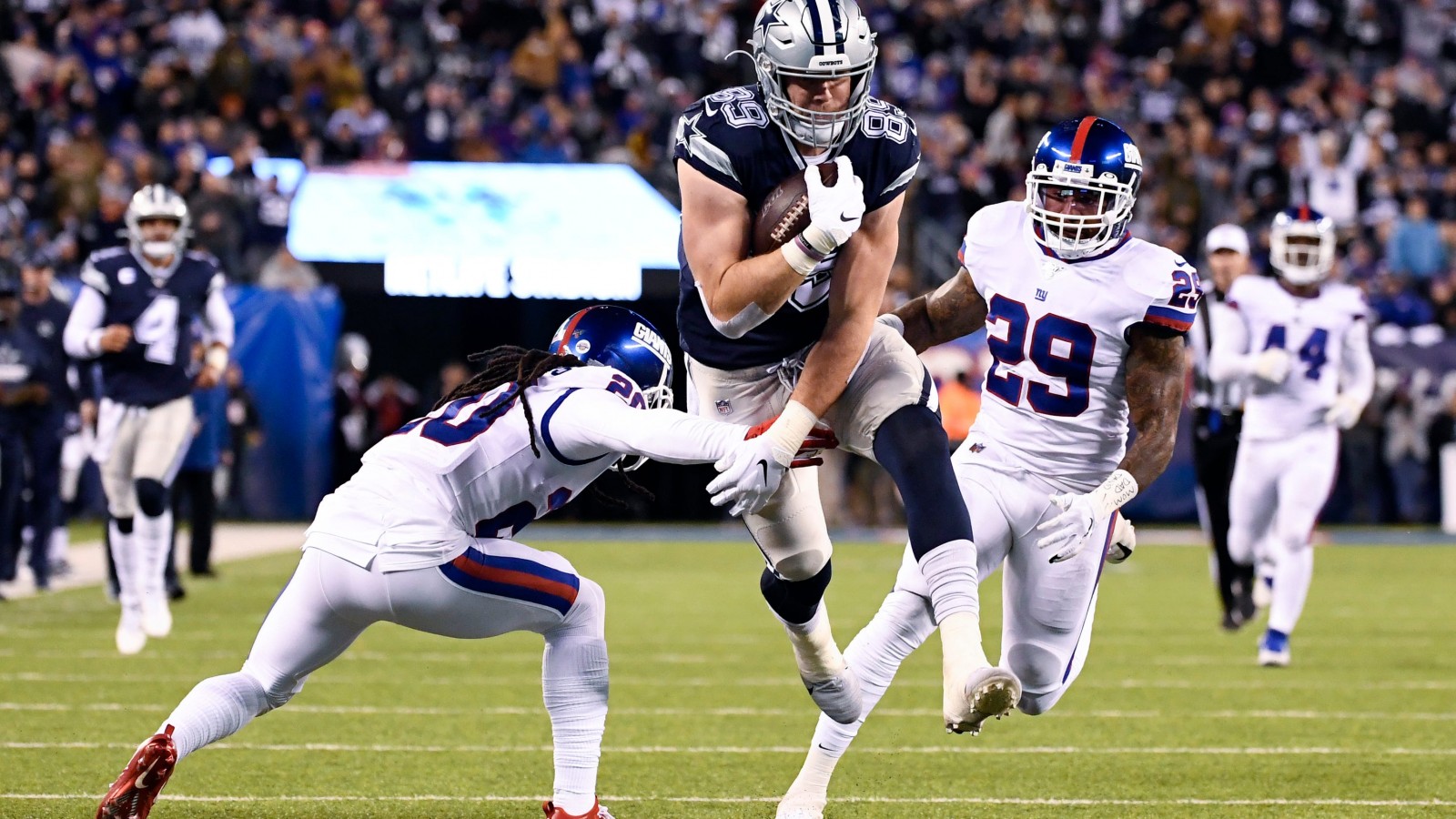 Blake Jarwin, tight end for the Dallas Cowboys, just signed a deal before the second-round tender assumed to be offered to him was ever given. He will be receiving a four-year contract that has him seeing 24.25 million dollars max with 9.25 million dollars in guaranteed cash. This is great news for the fantasy football community because it means the Cowboys will be expected to part ways with veteran tight end Jason Witten. Jarwin will be in the Dallas organization through 2023 and should be the starter.

Last season, I was high on Jarwin for fantasy football purposes, but that sentiment took a tumble after Witten came back to Dallas following his un-retirement. Jarwin was put on the back burner while the declining Witten took over starting responsibilities.

Finally, Jarwin will get his chance to shine. The four-year pro obtained 17.8 yards per catch in the 2019 season while Witten only saw a gain of 8.4 yards per catch. Witten was on the field more than Jarwin, managing to tie for third in targets (83) overall on the team. Now that those targets should be up for grabs, watch for Jarwin’s numbers to skyrocket.

Cowboys receivers Amari Cooper and Randall Cobb are currently free agents. It is not clear what will happen with either of those athletes, but if one or both find new homes this season, Jarwin will profit. Even if they stick around, Jarwin could still find himself becoming a third or fourth receiving choice with Dallas.

In his 2019 season, the 25-year-old tight end pulled in 31 of his 41 targets. He also tallied three touchdowns during that timespan. Jarwin succeeded in surpassing his career catches and yards, even with Witten returning to the field.

He has proven to be a solid asset, despite his low volume. Doug Nussmeier, former Cowboys Tight Ends Coach and current Quarterbacks Coach, has wanted Jarwin to see more of an opportunity in the offense. With Jason Garrett fired in the off-season, Jarwin looks to have more opportunities to make a splash on the field.

Jarwin is not the strongest blocker, but he makes up for it with his hands. With new Head Coach Mike McCarthy coming to town, focus on Jarwin as a sneaky fantasy find. McCarthy’s best season in offensive terms came in 2011 when his Green Bay Packers team went 15-1. That year, Jermichael Finley was the tight end. He completed the season with 767 yards on 92 targets as well as eight scores. If McCarthy can similarly use Jarwin, the Cowboys' tight end will become an impressive fantasy option. Both Jarwin and Finley have the same type of playing style, so he should be able to mirror what Finley did (minus drops since Finley had a case of those).

The Dallas tight end is deserving of a look in fantasy. You can get him on the cheap, and he could give you exceptional numbers this season and beyond. If all else fails, he is a nice plug and play alternative any time the Cowboys take on the New York Giants.

Most of Jarwin’s touchdowns (five of six) have occurred while going against the Giants. In the two contests versus the Giants in 2019, Jarwin found himself catching one touchdown in each of those games. The first game of the season versus the Giants, the big man totaled nine fantasy points. His week nine matchup at the Giants saw him achieve 10 points in fantasy. Although he has been all over the place when it comes to fantasy statistics, he should be more consistent without Witten in the way.

Take note of Jarwin as a late-round flyer, a player you can seize off of waivers in redraft leagues, and an excellent stash in dynasty leagues. He is still young and has heaps of talent to offer. With the tight end position being so erratic over the years, it would be helpful to have a guy like this on your team.