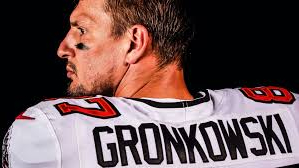 Borrowing an adage from the financial industry, “buy low” and “sell high” is a strategy of taking advantage of the market’s perception to overreact to downside and upside trends. Each week of the NFL fantasy season Fighting Chance Fantasy will break down the best opportunities the fantasy football market presents to improve your roster each week. This column intends to identify which players to target and which players to sell before the market catches on. Before sending any trade, it is advisable to identify roster deficiencies for your team as well as your fellow league-mates. League settings and unique scoring could change the value of your players so make sure you know it inside and out before sending any trade. 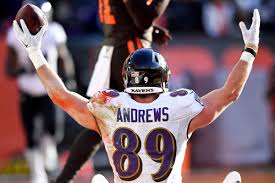 MARK ANDREWS - It is dangerous to invest in a player solely because you think he should be more involved, but it may be true with Mark Andrews. According to Pro Football Focus, Andrews ran a route on 91% of his snaps in two games. Only Sammy Watkins ran more at 97%, and Andrews is ahead of Marquise Brown at 86%.

Andrews' limited opportunities gave fantasy managers headaches when the tight end failed to produce. This season, Andrews' usage has been a career-high, and he has a chance to get the elite volume we want for any tight end in fantasy football. Right now, Andrews is the TE18 in PPR leagues after eight quarters, and that presents an opportunity to send some offers to a panicking manager. Do it fast before his matchup with the Detroit Lions this weekend and you lose the discount. 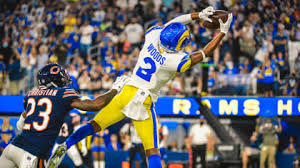 ROBERT WOODS - Los Angeles’ Cooper Kupp has all the signs of a league-winner this season and is currently the WR1 in PPR leagues after two weeks. Robert Woods is currently the WR41 and could be in line for better days in Sean McVay's passing attack. McVay specializes in high/low route concepts with Kupp playing the high receiver and Woods playing the low receiver. The addition of quarterback Matthew Stafford has allowed the Rams to push the ball down the field better than ever before with former quarterback Jared Goff.

NFL defenses won't allow Kupp to catch 40 touchdowns this season, which is what he is on pace for. Once the defenses start shifting its focus on Kupp and the deep ball concepts it could open things up for Woods and the underneath routes. Kupp is untouchable right now but that doesn't mean we can't invest in this Rams' elite offense. Now is the time to buy and get in return one of the most consistent wide receivers in the NFL. 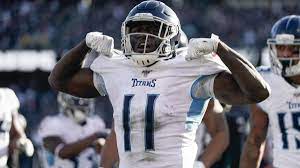 AJ BROWN - One of the biggest surprises of the young fantasy season was the low production in the Tennessee Titans offense and AJ Brown. After 17 targets in two games, Brown has one touchdown on seven receptions and 92 yards -- WR47 in PPR leagues.

Quarterback Ryan Tannehill has struggled to start his season, but Brown left some fantasy points out on the field with four drops in eight quarters. Brown leads the team in target share at 22% and aDOT at 16.7. Brown is still the WR1 in Tennessee despite the addition of Julio Jones, and this could be the lowest price we can buy the talented wide receiver all season. 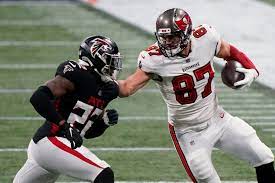 ROB GRONKOWSKI - Last week, this article featured a member of the Tampa Bay offense as a sell-high candidate. It might be hard to trade away a tight end after four touchdowns in the first two games, but is this Rob Gronkowski's highest sell price of the season? Gronk is coming off a two-touchdown performance against a poor Atlanta Falcons defense. You might be reading more players in the sell-high section in the future after facing the Falcons. Through two games, Atlanta has allowed 80 points to its opponents. 80!

Even though you spent very little draft capital on Gronk, it is not advisable to give him away for nothing less than yet-to-get-going tight ends in George Kittle or Mark Andrews in return. Gronk is a touchdown-dependent tight end, and the Tampa Bay schedule has some tough matchups coming over the horizon. You might be left wondering what you could have got back in September. Just look at the next five games for Tampa Bay: @LAR, @NE, vs. MIA, @PHI, vs. CHI. 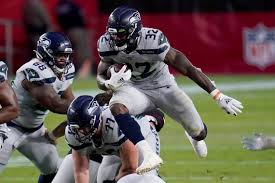 CHRIS CARSON - The best version of Chris Carson came in the 2019 season when he had the early-down role and didn't come off the field on third downs. Last year, Carlos Hyde bit into some of Carson's value by carving out a third-down role for the Seahawks. This season, fantasy managers were hoping to draft the '19 version of Carson with good volume and unopposed scoring opportunities at the goal line.

All indications have shown Travis Homer is the new Hyde in this offense. If Carson is not on the field on third downs, it could potentially block Carson from being a top-12 running back this season. Carson is currently the RB14 in PPR leagues due to his two-touchdown performance against Tennessee in Week 2. Carson only had 13 carries for 31 yards in that game, and it would be wise to see what you can get in trade offers. Some fantasy managers might see the early production and be willing to take a chance on him.