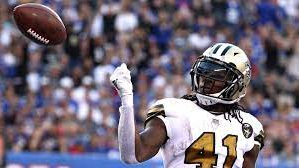 Borrowing from an adage from the financial industry, “buy low” and “sell high” is a strategy of taking advantage of the market’s perception to overreact to downside and upside trends. Each week of the NFL fantasy season Fighting Chance Fantasy will break down the best opportunities the fantasy football market presents to improve your roster each week. This column intends to identify which players to target and which players to sell before the market catches on. Here is a breakdown of the best moves ahead of Week 5. 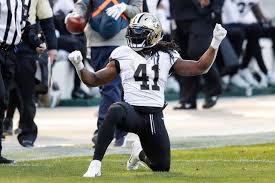 Elite volume, receptions, and touchdowns made Alvin Kamara a perennial top-five pick in fantasy drafts for years. As unpredictable as fantasy football gets, managers could count on 80-plus receptions every year from Kamara. The star running back has achieved this feat in every season of his career, so why would we want to trade such a consistent player?

After four games, it might be a good time to evaluate Kamara’s role in this 2021 version of the Saints offense. New Orleans is leaning heavily on Kamara in the run game more than ever. This season, Kamara has posted three games of 20-plus carries. Why does this matter? Because Kamara had exactly one game of 20-plus carries in his entire career. Durability has never been an issue for Kamara, as he has never totaled more than 194 carries in a single season. Kamara could be in the neighborhood of 250 carries this season. Kamara has only missed two games due to injury but could the unprecedented usage put the running back at a higher risk of injury?

This kind of volume would be great for most running backs but for Kamara, it has hurt his value in the passing game. Kamara has 10 receptions on the season and was not targeted in the Week 4 loss to the New York Giants. Kamara now has fewer receptions than San Francisco’s fullback Kyle Juszcyk. If Kamara continues on this run-heavy trend he would get closer to 40-45 receptions - half of his career average.

Even if Kamara regains some of this passing work it might be a good idea to move away from the New Orleans offense. The Saints quarterbacks have posted the worst volume and efficiency statistics in the entire league. Jameis Winston and Taysom Hill are currently last in passing attempts and 31st in passing yards. Hill scored two touchdowns in Week 4, and he could have played well enough to start over Winston. If Hill does indeed start, then this will continue to hurt Kamara’s value. Hill was inserted into the starting lineup last year during Week 11-14. In those games, Hill scored four touchdowns to Kamara’s three. Kamara had only 10 receptions in those games and averaged just about 60 yards rushing per game.

Now is the time to shop Kamara as a centerpiece in a 2-for-2 deal. With the heavy run usage and the possibility of Hill starting at quarterback, Kamara might be more of a low-end RB1 when we get closer to the fantasy playoffs rather than the top-five pick we thought we were getting in September. 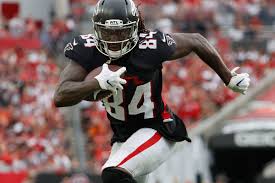 The star of Week 4 of course was Cordarrelle Patterson and his three receiving touchdowns. Patterson made the most out of his 23 snaps on Sunday and outperformed starter Mike Davis, despite Davis getting the majority of the rushing attempts (48%), routes run (61%), and snaps (67%).

Over the last three weeks, Patterson has turned seven red-zone snaps into four scores. A skilled fantasy manager knows this is not sustainable, but don't trade Patterson anything less than an RB2 or WR3. If you have Patterson on your roster, you could be in line for more pass routes and targets going forward. Before taking a victory lap keep in mind the Falcons also debuted Wayne Gallman last week. With the potential of another back joining this backfield the Falcons could be heading to a three-man committee.

Now is the time to sell Patterson as some managers in your league will view Patterson as a league-winner after the first month of the season. This is an opportunity to cash in as Patterson is definitely a flex-worthy player every week but his role is far from certain. 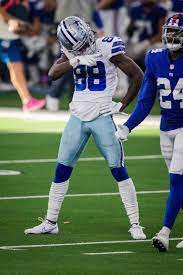 A balanced offensive attack from the Dallas Cowboys continues to impact every-week fantasy value of CeeDee Lamb. Before Week 5 kicks off, try to see what you can do to get the second-year receiver on your roster.

After the first two weeks of the season, Lamb generated 24 targets into 15 catches, 185 receiving yards, and a touchdown. My call to sell Lamb before the season felt a little foolish, but since then, he was just targeted eight times for a combined five catches and 79 receiving yards. Quarterback Dak Prescott has thrown seven touchdowns in the last two weeks but none to Lamb.

Last week, Lamb was facing a Panthers team who has been among the league’s best at preventing fantasy points to wide receivers. Lamb was still second in targets and currently leads the team in target share at 25% for the season. The Cowboys were never trailing last week and leaned on its two running backs, Ezekiel Elliott and Tony Pollard, to chew on the clock.

Last week was nothing more than a hiccup for Lamb, and he should rebound against the New York Giants next week. Buy now, as this might be the last opportunity to do so. 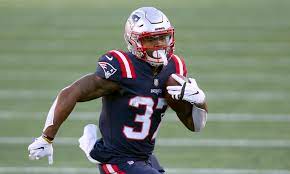 In the first two weeks of the season, Damien Harris looked like the most valuable mid-round pick in fantasy drafts. He generated 162 rushing yards on 39 carries on a team featuring a starting rookie quarterback in Mac Jones.

Unfortunately for Harris, the schedule turned for the worst as the Patriots faced two of the worst matchups for running backs in New Orleans and Tampa Bay. Both defenses are so stout against the run teams have opted not to challenge them. Harris was barely used against the Saints, as he rushed for 14 yards on six carries. What looked like a game to forget for Harris, James White suffered a season-ending hip injury in that game. The following week, Harris finished with negative rushing yards as New England only ran seven rushing plays for the entire game.

Take advantage of recency bias as the schedule lightens up starting in Week 5 matchup against the Texans. Harris's workload could be safe with the inconsistent play of backups Rhamondre Stevenson, JJ Taylor, and Brandon Bolden. Harris ran a career-high 17 pass routes in Week 4. Could the Patriots lean on Harris in the passing game now that White is out of the picture? It wouldn't cost a lot to find out and can be a great return on investment.