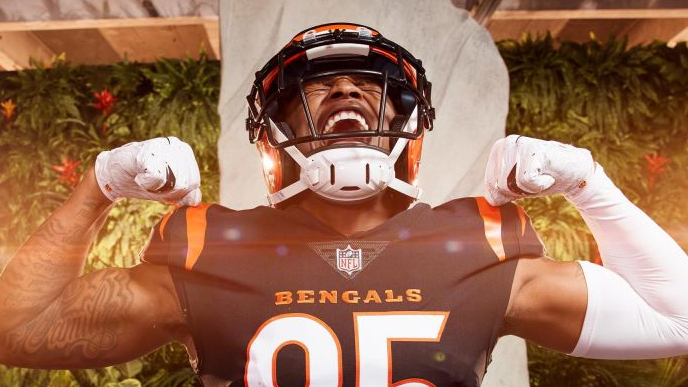 Borrowing from an adage from the financial industry, “buy low” and “sell high” is a strategy of taking advantage of the market’s perception to overreact to downside and upside trends. Each week of the NFL fantasy season Fighting Chance Fantasy will break down the best opportunities the fantasy football market presents to improve your roster each week. This column intends to identify which players to target and which players to sell before the market catches on. Let’s take a look at which deals to explore ahead of Week 8 action. 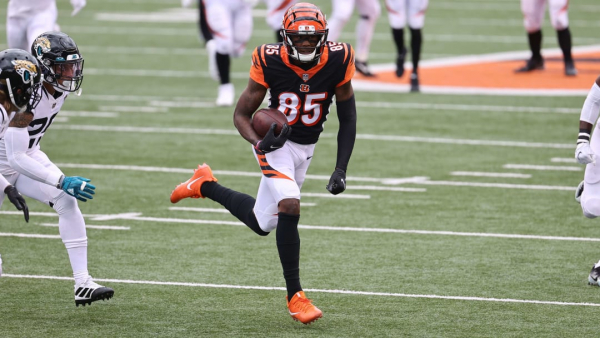 Tee Higgins is one of the best buy low players on the market after Joe Burrow and Ja'Marr Chase had historical days in Baltimore last Sunday. The second-year quarterback threw a career-high 416 yards and three touchdowns, including a franchise-record 201 yards to his rookie wide receiver in a 41-17 win. That kind of performance overshadowed the fact Higgins received 15 targets in the game, which was the most by any receiver in Week 7. Higgins could only convert those targets into seven catches and 62-scoreless yards en route to a WR23 finish. Burrow consistently gave Higgins opportunities to break out and have a huge day with two end zone targets and 177 total air yards. Three of those targets were 20-plus yards down the field, so better days are coming for the second-year receiver.

Buy Tee Higgins before it's too late 🔝🔜 #FantasyFootball pic.twitter.com/gZwzVQ0qWX

The 22-years old receiver has been recovering from a shoulder injury he suffered earlier this season and has not found the end zone since Week 2. Higgins has only topped 50 yards or more in three games so far but could be a good candidate for positive touchdown regression as C.J. Uzomah has had five touchdowns in the last four games. Uzomah has been very productive catching touchdowns despite only one red zone target in those games. Use these statistical oddities to your advantage, as Higgins has increased his team target share in each of the last three games (20%, 22%, and 43%). Good fantasy managers will find a way to invest in good offenses, so why not try Higgins at a discount? The Bengals have blossomed into one of the best offenses in football thanks to the right arm of Burrow and his young supporting cast. Burrow owns the league's ninth-highest completion rate, and Higgins will have a great opportunity to break out against the New York Jets this weekend. 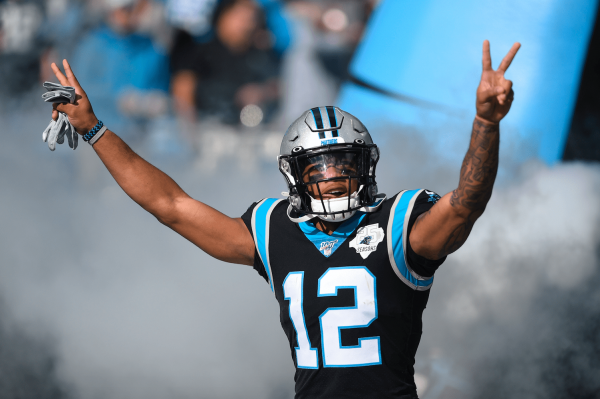 Just three weeks ago, D.J. Moore was in the conversation as a potential top-five receiver in fantasy football. Since then, Moore hasn’t scored a touchdown or eclipsed 100 yards in three straight games. After a dreadful showing from the Carolina offense last weekend, we were happy he turned 10 targets into six catches for 73 scoreless yards. This is an insane stat line when you realize the rest of the Panthers’ offense had gained a combined 173 yards for the entire game against the Giants. Sam Darnold was benched mid-game for P.J. Walker and also ignited rumors Carolina would bring in controversial quarterback Deshaun Watson before the NFL trade deadline Tuesday.

The Panthers will not be pursuing Deshaun Watson before the trade deadline on November 2nd, according to @josephperson.

Carolina could try to trade for Watson in the offseason depending on his legal situation. pic.twitter.com/cD8UuUzypW

With all the uncertainty in Carolina, it could be a nice opportunity to add Moore at a much cheaper price than we ever expected when he was tearing up the league at the beginning of the season. Moore is turning into one of the most consistent options in fantasy football despite the inconsistent play from his quarterbacks. Moore has produced at least one catch of at least 20 yards in six games this season. He has also reached double-digits in targets in five games. It’s understandable if you are not investing in the Carolina offense right now but consider the Panthers’ upcoming schedule when sending out those trade offers. One could argue Moore won’t play a scary matchup until December when it travels to Buffalo. Carolina faces Atlanta twice, New England, Arizona, Washington, and Miami during that span of games. Not exactly murderer’s row, so target Moore in trade discussions just in case someone is beginning to panic. 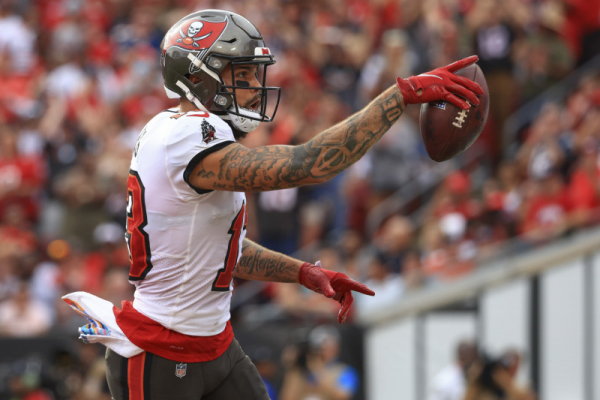 Selling the overall WR7 is a bold move, obviously, but consider the haul you can get for Mike Evans right now. Coming off a three-touchdown WR3 effort last week, Evans could be a prime candidate to sell high as we probably have seen the best Evans performances of the fantasy season. It’s also a great opportunity to upgrade your worst roster deficiencies. Evans is a dynamic receiver with a great quarterback throwing to him in Tom Brady, yes, but what are we supposed to expect when this offense gets back to full strength? The Buccaneers are expected to get Antonio Brown and Rob Gronkowski back to the lineup in the next few weeks, and they have been very productive when healthy. Brown has already been ruled out for Week 8, but his ankle injury shouldn’t keep him out for much longer. Gronkowski is close to returning to the lineup after breaking a rib against the Rams a month ago as well. Brown has 29 receptions this season for 418 yards and four touchdowns, while Gronkowski also has four touchdowns in only three games played.

It's Bucs vs. Saints week, which means it's Mike Evans vs. Marshon Lattimore.

Lattimore has shadowed Evans in 7 games since he was drafted...and it shows up in Evans' numbers. pic.twitter.com/sBAsFLAtUO

Unlike D.J. Moore’s schedule mentioned above, Evans is on the opposite end of the spectrum when talking about its strength of schedule. Unfortunately, for Evans, that starts this weekend with a matchup with nemesis Marshon Lattimore and the New Orleans Saints defense. Evans will face Lattimore twice in the next seven weeks, as well as tough matchups with Buffalo and Carolina in December. If you’re sitting on top, or near the top of your standings, take a look at your competition and who could be desperate for help at receiver. Keep in mind the goal would be to add running back depth in exchange for Evans, as it could be the difference between winning and losing your playoff matchup.

We get Marshon Lattimore vs Mike Evans this Sunday 👀pic.twitter.com/ObQOe8dug2