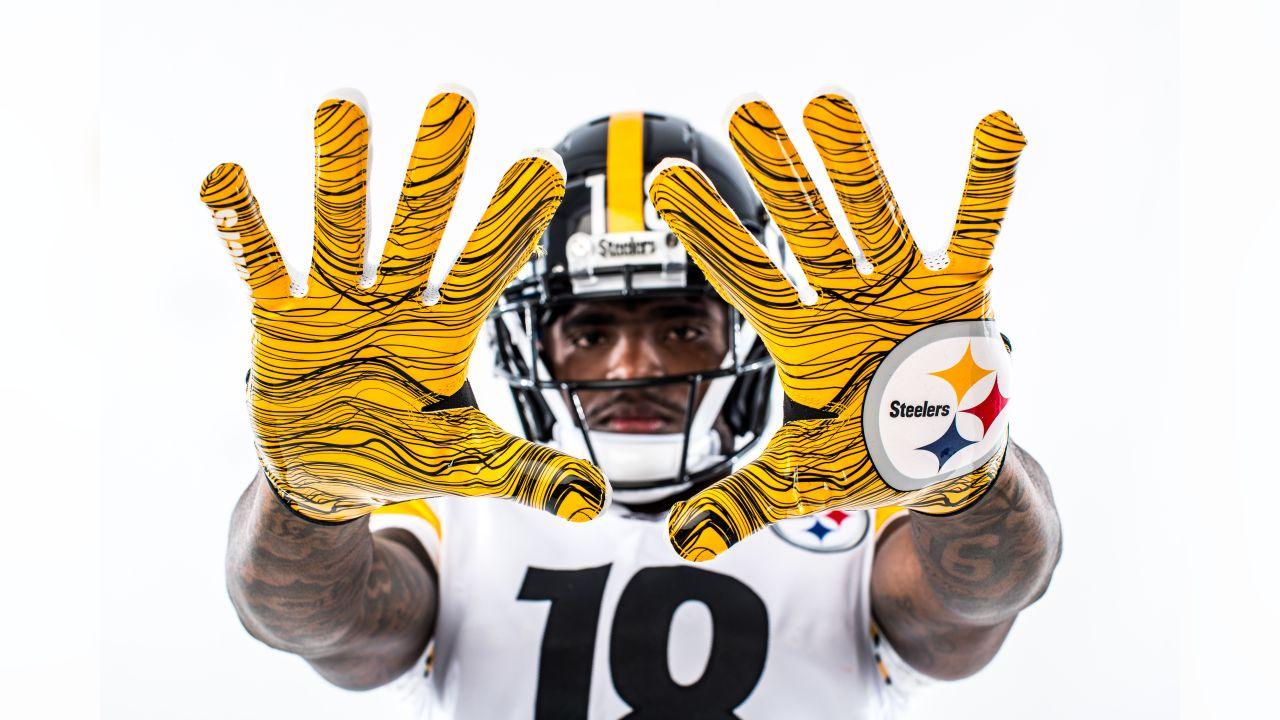 Borrowing from an adage from the financial industry, “buy low” and “sell high” is a strategy of taking advantage of the market’s perception to overreact to downside and upside trends. Each week of the NFL fantasy season Fighting Chance Fantasy will break down the best opportunities the fantasy football market presents to improve your roster each week. This column intends to identify which players to target and which players to sell before the market catches on. Let’s take a look at which deals to explore ahead of Week 9 action.

DIONTAE JOHNSON: The buy-low window on Johnson remains slightly cracked open due to Ben Roethlisberger’s underwhelming performances so far this season. Roethlisberger has thrown multiple touchdowns just once which makes sense why the veteran quarterback hasn’t scored more than 16 fantasy points. When you look at Johnson’s season numbers it’s no surprise he hasn’t scored a touchdown since Week 5 and has three touchdowns on the season on six red-zone targets. The second-year receiver is a great candidate for positive touchdown regression with a Week 9 matchup against a Bears defense that has allowed the fifth-most fantasy points to receivers this season. Week 10 will feature another enticing matchup with the winless Lions team so fantasy managers would be wise to acquire the receiver now before he’s considered as an untradable fantasy asset for the rest of the year. Johnson is coming off a 13-target game against the Browns so consider him more of a buy-high than anything else so pay up, he’s worth it.

He makes the improbable look too easy. 😎#GoBills | #BillsMafia pic.twitter.com/d5WLLK8x9O

EMMANUEL SANDERS - The fantasy season has a way of being cruel even to the most experienced managers. Josh Allen has been the highest-scoring quarterback in each of the last two games he played so why would the Fantasy Gods punish us with a zero-catch game from Sanders? Treat this game as an anomaly as the veteran receiver has been one of the most consistent receivers in fantasy football before the game against the Dolphins. If you were considering trading away a valuable asset at receiver, ask for Sanders to be included in the deal after this nightmare game. Before facing Miami, Sanders ranked as the WR28 after six games and had four consecutive games with double-digit fantasy points scored and five straight games with at least one red-zone target. Sanders should be a great candidate for your flex spots with the Jaguars, Jets, and Colts next on the Bills schedule.

Deebo Samuel's calf injury is worse than it was last week, and he's officially questionable for week 9. What does that mean for his fantasy owners? #49ers

DEEBO SAMUEL: As much as it hurts my soul to include Deebo as a sell-high candidate this week we should at least listen to offers for the overall WR4 as we enter the second half of the fantasy season. The 49ers have had injuries to key members of its offense which has led Samuel to gather 31% of the target share over the last four weeks. It will be hard for the third-year receiver to remain at that pace as San Francisco will get back George Kittle from the injured reserve and Brandon Aiyuk could emerge as another weapon in this offense. Samuel has also dealt with injures for most of his career and has been managing a calf injury for the last two weeks. The 49ers do have a favorable second-half schedule so there is great risk in trading away the YAC God. However, if he re-aggravates his calf injury then Deebo can miss the next month resting and rehabbing instead of helping your chances for the fantasy playoffs.

Check out a brief recap of last game's Pride of the Lions ceremony as well as highlights from a mic'd-up TJ Hockenson in this edition of Sights and Sounds. pic.twitter.com/I0nFTqXcbu

T.J. HOCKENSON: Tight end continues to be one of the most volatile positions in all of fantasy football so trading away a talent like Hockenson is not always advisable. Hockenson was considered one of the safest options at the position, but managers who took a chance on the third-year tight end have experienced hot and cold performances. We were thrilled to see a breakout developing as Hockenson started hot with 16 receptions and two touchdowns on four red-zone targets after two games. Injuries and inconsistent play from Jared Goff hampered Hockenson as he could only secure eight scoreless catches on one lone red-zone target in the next three contests. Hockenson is hot again as he regained his strength in the last three games as he was able to secure 24 catches on 31 targets for 211 yards. Use this recent success as an opportunity to sell high before Detriot's schedule turns for the worst. After the bye week, Detroit has road matchups coming up with the Steelers in Week 10 and Cleveland before the morning game on Thanksgiving Day against the Bears. The Steelers are the only team in the league that has allowed fewer touchdowns (14) than field goals (15). The Browns held the Steelers without a first-half touchdown and 15 points in the entire game in a loss. Starting any player on Thanksgiving is a crapshoot, so shop Hockenson to tight end-needy teams. It should not be tough since we are in the midst of the worst tight end season on record. Even Travis Kelce and Darren Waller managers are not as confident as they were on draft night.