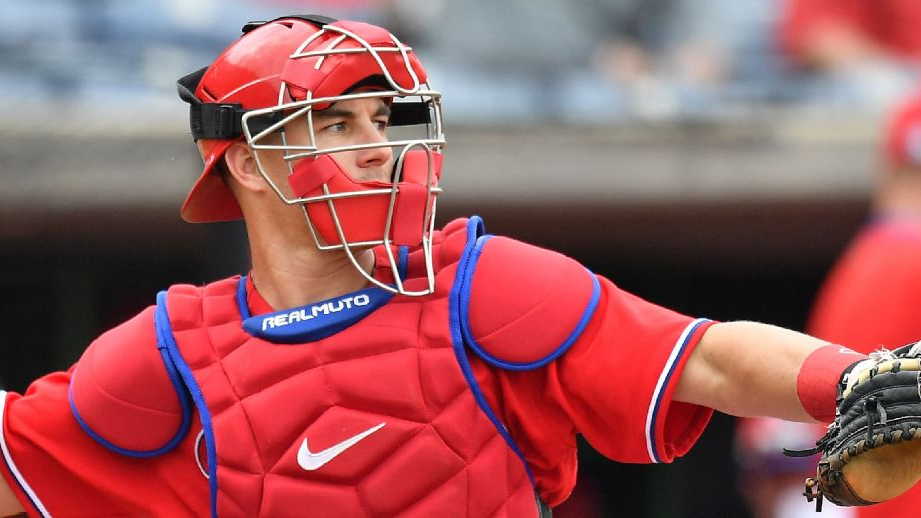 Buy Lows: Catcher and First Base

Catcher has been a wasteland all season for the most part, even the number one catcher who was in a tier of his own on draft day (JT Realmuto) has struggled to find himself outside of the top-five catchers in points so far this season. While it’s been unpredictable to this point, there are a few guys who I think could be impactful in the second half of the season that could be on the waiver wire in shallow leagues.

First base has also been disappointing when you look at some of the guys and their draft positions. DJ LeMahieu, Pete Alonso, Cody Bellinger, Keston Hiura, Jose Abreu, and Luke Voit have all not provided adequate value from their draft positions (each player was top 80 in NFBC ADP). Although that’s the case, if you picked up some waiver wire guys like Yuli Gurriel, Jared Walsh, or Jesus Aguilar, you may be feeling pretty good.

For this upcoming series of buy low articles, I’ll be basing the buy low concept from points leagues, I’ll be using CBS points scoring. In the hundreds of points-based fantasy leagues that I’ve played in, these are by far my favorite settings. The hitting points are below.

Although Garver is on the IL still, he just resumed baseball activities and is slated to come back in mid-July, presumably right after the all-star break. One of the main concerns heading into the season with Garver was Ryan Jeffers, the Twins intriguing catching prospect, however with Garver on the shelf due to injury, Jeffers failed to grasp a stranglehold on the job hitting .194. It seems like Garver will be close to an everyday player when he comes back post all-star break and the numbers show you may be getting a stud at a weak position. In 2019 Garver was the #1 Catcher on a per game basis by a wide margin. He averaged 3.6 fantasy points per game that season, and a .995 OPS in that season. While I think those numbers are probably the outlier, I do think he can be a plus for you opposed to being a neutral, or even negative player at the position. Through 41 games this year, he hit 8 home runs, and had a 14.1% walk rate. His .833 OPS through those 41 games would qualify him as the number one catcher in OPS this season. A small sample size but given that the latest performances we’ve seen out of him were even better than that, I’d be willing to gamble he can keep a plus .750-.800 OPS. In the grand scheme of things, those numbers aren’t that impressive, but given that we’re talking about catchers, you’re talking about a top-five guy at the position who may be available on waivers.

On the surface, McCann’s had a rough season. .240 batting average, seven home runs, and 44 combined runs and runs batted in. However, he’s really caught fire in the last month after a very disappointing first two months with the Mets. His June accounts for four home runs, 23 runs and runs batted in, and a .286 batting average. So more than half his run production, and power production have come in the last 30 days. If he does that, he’ll look a lot like the $40 million catcher the Mets paid in the offseason. He’s been excellent over the last two years, don’t let a rough two months keep you away from him, especially when over the last 30 days, he’s looked exactly like the same player who was with the White Sox. While his metrics don’t scream out stud hitter, he has a great hard-hit rate (46% per baseball savant) and has been a solid line drive type hitter over the past couple of years. I’m buying at his price.

Austin Nola has had a very interesting career. Once a minor league utility man, he’s developed into a nice player ever since he got the call in 2019. In his brief career up to this point, he’s slashed .265/.350/.447 with 18 home runs, and 135 combined runs and runs batted in over 145 games. He’s almost a lock to have a full-time role when he does come back given that Victor Caratini seems to be a part time player with a sub .700 OPS this year. Nola’s been solid when he’s received playing time, given that he’s available in about ⅔ of all fantasy leagues, he seems like a solid player to stash if you’ve been struggling at catcher. He caught a bullpen session on 6.31, so optimistically he’ll be back a little bit after the all-star break.

A little different in terms of availability from the catcher spot, these first baseman are players you'll most likely have to trade for. Goldschmidt has been pretty rock solid since the start of June. When you think of the term “Slow starter” Goldschmidt may be the first player that comes to mind. Through May, he was hitting .239, with six home runs, and 58 combined runs and runs batted in. In June he hit .281 with five home runs, and 25 combined runs and runs batted in. While the days of seeing Goldy as an MVP caliber player may be past us, it seems like he’s starting to hit his groove in terms of being a rock solid first baseman, especially since the position has been pretty weak up to this point in the season outside of Vladdy, Olson, and Freddie Freeman.

Last year’s MVP is off to a rough start this season, however that season may go down as the outlier in production for Abreu. He’s a career .281 hitter and was seemingly a lock for 30 home runs and 180 combined runs and runs batted in yearly. He’s also been a traditionally slow starter as well. However, this year has been different in that regard, as he drastically struggled in June. His overall contact metrics look pretty similar to where he’s been throughout his career, but he’s due for some positive regression in the batting average department given that his BABIP this season is nearly 50 points under his career norm. I’m buying everywhere I can given that his overall numbers look mediocre and he’s coming off a bad month.

We’re almost an entire season removed from seeing Josh Bell as a superstar hitter, however there are plenty of things to like in his profile. .232/.300/.441 slash line is less than impressive, but he’s 94th percentile in hard hit rate, his xBA is .263, and his xSLUG is .474. So, his batting average and slugging percentage are 30 points less than what his quality of contact suggests it should be. He’s still hitting plenty of line drives, and fly balls, and still hitting the ball hard. He could be due for a second half surge, and he’s still hitting clean up right behind Trea Turner and Juan Soto on a regular basis. Considering you may be able to just pick him up for free in a league, he’s worth the risk if you’re struggling at first base, he has league winning upside.