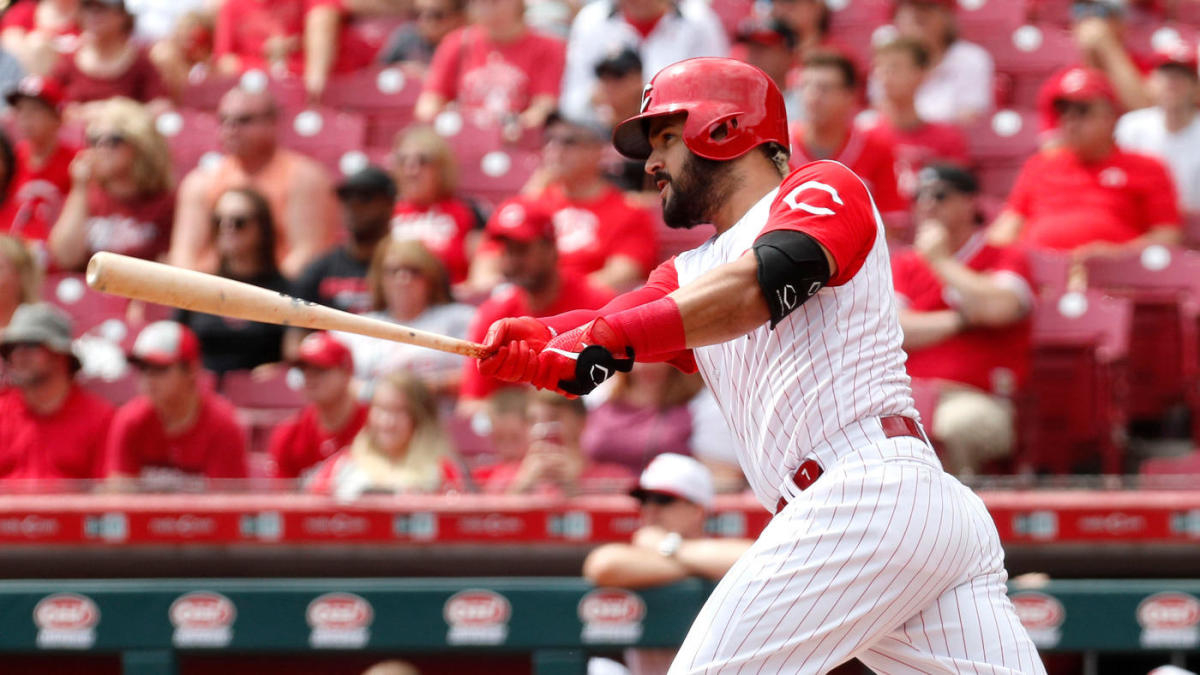 Buy Lows: Second and Third Base

Second base has been top-heavy this season. When you look at the top second baseman in fantasy points scored this season only two of the top five were drafted as such (Ozzie Albies and Whit Merrifield, per NFBC data). Guys like Cavan Biggio, Brandon Lowe, and DJ LeMahieu have not lived up to their draft positions, however as I referenced in my previous buy low article, we’re only halfway into the season. There is a lot of time for these players to regress to where we thought they’d be, whether that’s in a positive direction, or a negative direction.

Third base has been the opposite of second base this season, it’s been a very deep position. At this point you probably have your third baseman locked in and set on a weekly basis. However, there are also some guys that you can probably get for super cheap in your leagues right now with league winning upside. The Anthony Rendon manager may be fed up with all of the injuries and underperformance, same with the Alex Bregman manager. If you can swap some of your guys like Austin Riley, Isiah Kiner-Falefa, or Eduardo Escobar for Rendon or Bregman, you should absolutely pull the trigger. This game is about what the players will produce moving forward, not what they have produced already.

For this upcoming series of buy low articles, I’ll be basing the buy low concept off points leagues, I’ll be using CBS points scoring. In the hundreds of points-based fantasy leagues that I’ve played in, these are by far my favorite settings. The hitting points are below.

There’s only one word to describe Brandon Lowe’s season so far, disappointing. Coming off an incredible 2020 shortened season, the hype for Lowe coming into draft season was massive, seeing him go as the number six second baseman off the board, and 63rd player overall ahead of players like Nick Castellanos, Kyle Hendricks, Yordan Alvarez, and Ketel Marte. There was a reason for all this hype, he’s got solid pop and showed improved plate vision and discipline last season. The power and plate discipline have still been there, however his swinging strike rate and chase rates have been alarming. If he can get that strikeout rate back down to where he was last year, or his rookie year, you’re looking at a potential player who can come back with a vengeance in the second half of this season and go on an absolute tear.

Kolten Wong’s been injured a lot this season, in fact he just got injured again, however he’s been solid when he’s played. .291/.346/.485 slash line with seven home runs, six steals, and 50 combined runs and runs batted in over 53 games this season. Projecting out those stats over 162 games, you’d be looking at a 21 home run, 18 steal, and 150 combined runs and runs batted in player which would easily qualify him as a top-ten second baseman. Wong isn’t going to wow you in any single category, but he rarely strikes out, he doesn’t swing and miss, and his defense is so good, he’ll always be in the lineup. He’s probably on your waivers now, and if you’re struggling at second base, he’d be a solid addition for a second half push, considering the speculation is he shouldn't be out for much longer than the all star break.

For the last couple of seasons, there may not have been a safer batting average source than McNeil. In his short career he hadn’t hit under .310 for a full season, that combined with his multi position eligibility, low strikeout rate, and solid walk rate made him a great value in points leagues. His hard contact rate is down, and his ground ball rate is up, but it’s only a 48-game sample so far this season. With more batted balls, the regression should come. That coupled with his career low .260 BABIP versus his career mark of .331, should ultimately get his .236 batting average raised up some more, and get his points per game higher. 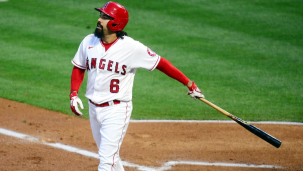 We can be realistic, if you’re reading this article, Rendon isn’t available off waivers in your league. However, his fantasy manager may want to cut bait. He’s currently outperforming his xBA, has his worst hard-hit rate since 2017, and has the worst xSLUG of his career. He also hasn’t been healthy all season. There are reasons for optimism though, he’s still not striking out a ton, his plate discipline is still solid, and his .267 BABIP versus his career .312 mark suggests that he may be getting a bit unlucky as well even with the reduced hard contact. If you can get him at a discount it’s well worth it, especially considering he just went on the IL and that manager is probably even more frustrated now.

During draft season, Bohm was being taken just outside of the top 100 picks (per NFBC ADP). He was being taken ahead of Matt Chapman, Kris Bryant, Josh Donaldson, and fellow rookie Ke’Bryan Hayes. I have 0 shares of Bohm and quite frankly didn’t want any shares at that price. However, seeing as he’s a bench bat for most teams now, if you’re struggling at third base, he may be worth a look. He’s 89th percentile in hard hit rate, his xBA is 37 points higher than his actual batting average, and although his strikeout rate is slightly up in comparison to last season, he’s still not chasing pitches at an alarming rate. This may be more of a leap of faith but given his draft day cost to where he is now, he would be a fine bench stash if you’re not confident in your current third base situation.

If you drafted Suarez, you knew you’d be taking a hit in the batting average department. Like me, I’m sure you didn’t expect it to be this bad. He’s been dreadful outside of the 17 home runs, and 87 combined runs and runs batted in. You may be able to get him for super cheap however, and he has the potential to go on a tear and win you your league down the stretch. He hit 49 home runs two years ago, and 29 of those came over the last 71 games of the season after the all-star break. He also hit .300 down the stretch of that season. While I don’t think it’s reasonable to expect him to put up those kinds of numbers again, he can certainly get hot, and for the cheap price you can currently get him at, it’s well worth the risk. Below are his 2019 splits by month, if he can replicate a fraction of that, you'll be happy you bought low.