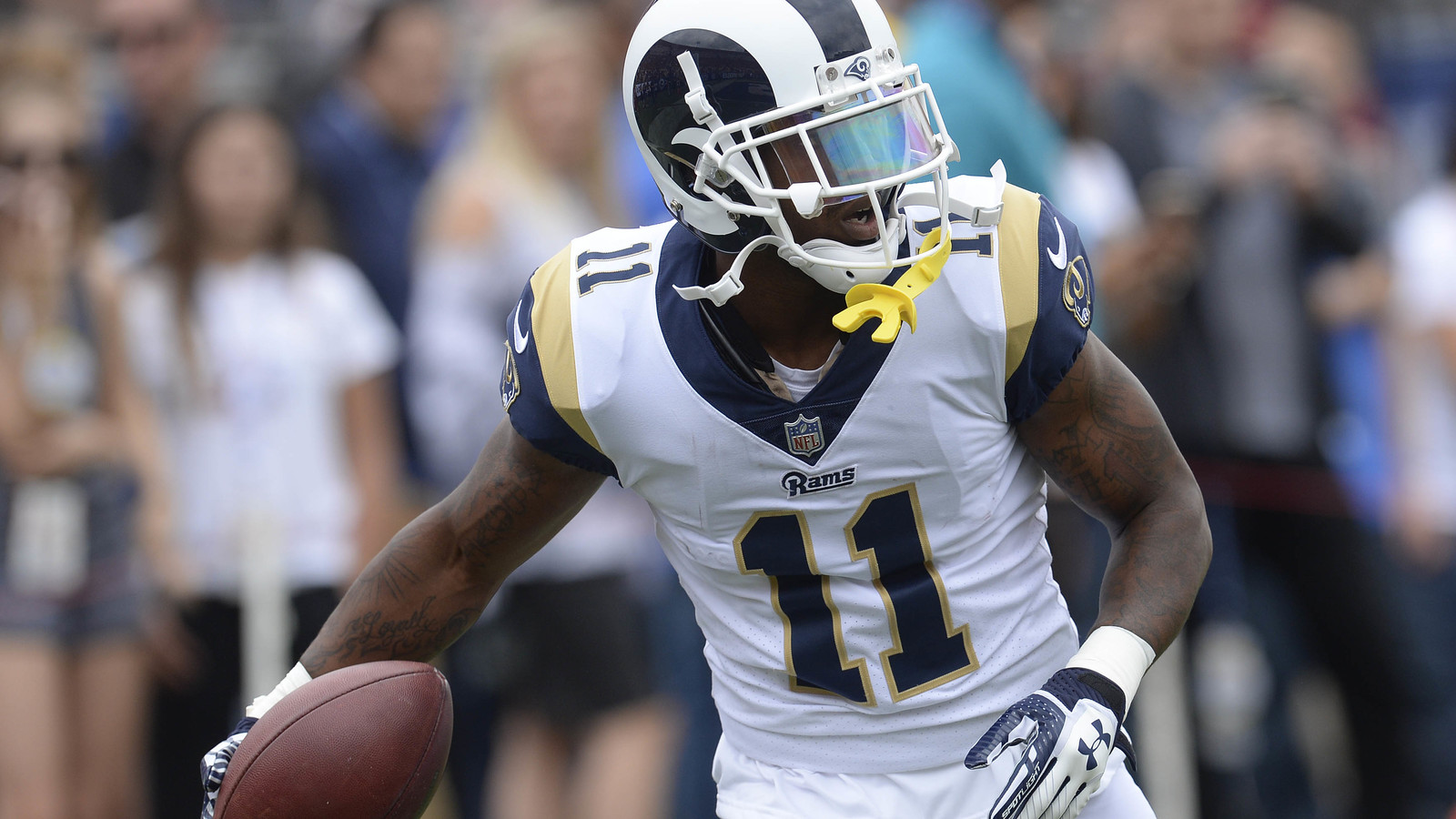 Most of the offseason talk has been about how deep Wide Receivers are this year and it is all true, but it can only be this deep if the secondary and tertiary receivers step up as well. Most believe a lot of them will do just that and in some instances maybe do more than the #1.

With that in mind let’s just jump right into Today’s Twitter Question of the Day #TQOTD :

Which teams #2 receiver has the best chance to outscore that teams #1 receiver and why?

@JMetz34 - I think the obvious answer would be Corey Davis outscoring Rishard Matthews, new OC that should hike up the volume of passes he sees plus a healthy offseason. Just a matter of whether or not his route running improves.

Editors Note: Pretty sure most sites have Davis as the #1

@AndyZink113 - Robert Woods outscores Brandin Cooks and Cooper Kupp as well. If we assume the same amount of targets going to Cooks as went to Watkins last year then yeah, Cooks will have a few big games but season long points lead will go to Woods then a possible tossup between Cooks and Kupp.

Eric Olinger - The Detroit WR2 has a great chance of outscoring the Detroit WR1. The problem is, who do you consider the WR1 & WR2? Marvin Jones and Golden Tate are so evenly matched I don't know who tops the depth chart and both could very easily outscore the other. What Jones gains in yardage, is made up for in catches by Tate. It's all great news for Stafford.

Editors Note: Hey Eric get off the fence and pick one…

@wingnprayer - I vote for Michael Gallup, because of his more extensive route tree and the fact that Dak Prescott doesn’t have a previous familiarity w Allen Hurns.

@fantasygeek37 - I’m going with Nelson Agholor over Alshon Jeffery. He struggled his first two years as the Eagles played him outside, but when moved to his natural position in the slot last year, he excelled. I think he has another really good season in 2018.

Sugriv Patel - Jordy Nelson, cause Amari Cooper is never to be found in the redzone.

@thediamondmike - Adam Thielen will outscore Stefon Diggs. Diggs can't stay healthy. To be fair, it really is a #1A and #1B situation.

Editors Note: You mean like he already did last year?

@DynastyCraig - Open to debate who the #1 is, but Sammy Watkins outscores Tyreek Hill because Watkins is a player that should demand more targets. Hill is a splash play guy.

@TheFantasyFive – Jarvis Landry over Josh Gordon all day. He's going to get good target volume and has best hands on the team. Focus of Browns offense should be short routes and quick throws. Landry should feast...plus he's 2 rounds cheaper in #FantasyFootball.

@rotocoach – Kenny Stills > Devante Parker and I think he's the beneficiary of Landry's departure and sees a lot of those short/intermediate targets. Also don't hate John Brown > Crabtree. Flacco does one thing well, and it's not Crabtree's strength.

@stayfunlako - Kenny Golladay - Tate has become a dink and dunk WR and may lead in targets, but Babytron (thanks @LateRoundQB ) could get the explosive plays to propel him.

@BillLatin- It has to be Marvin Jones or Golden Tate. They really are a 1A/1B. Both are very good receivers in a pass happy offense with a great QB.

@Matty_D_30 - Kind of a shot in the dark here, but Taylor Gabriel is a perfect system/scheme fit for Nagy and the spread offense. Wouldn’t go as far as comparing him to Tyreek Hill, but he’s very similar style. Allen Robinson coming off ACL tear and targets should be spread around.

@caljaguar - I’m thinking Keelan Cole could out score Marquise Lee for two reasons. I don’t really trust Lee will stay healthy and Cole is a beast. Not sure exactly how much playing time Cole gets but he damn near catches everything.

@scoteagles8 - Assuming Jamison Crowder is the 2 for WA I think he’ll we get similar yardage and have more receptions to make up any TD advantage Doctson may have.

@rgonzalezrm - Jordy Nelson, although I do not love Amari Cooper, Nelson can come in and sneak up on everyone. Nelson can be the Crabtree of this year. The veteran meshing with Carr can be his go to in clutch situations and goal line situations, and move the chain.

@Dismattle - Believe Jarvis Landry may carry the title of WR1 so I need to go Flash (Josh Gordon)! Haley loves to throw too Back in 2008 as OC Haley managed three 1K WR's heck maybe Landry does see more targets But, I believe Gordon will make the big plays coinciding w/ TD's.

@FFLColin - Josh Doctson will be the best fantasy WR in Washington this year. If you watched him last year he is a freaking stud with the body and speed to destroy people. He'll work on his contested catching this offseason and I think come back as a real stud this season.

Some really solid answers here, but the other thing that pops out is that some teams and fantasy players seem to have some confusion over who the true #1 is. This is a common issue before training camp actually starts and we start to hear and see who is doing what.

For me this is an easy question because I am positive that Brandon LaFell will clearly outscore AJ Green this year in Cincy. In his third season in this offense he will really click with Dalton and become a major steal in fantasy.

Now I know you were reading that paragraph and saying WTF!!!! But excuse me for having a little fun at your expense. Sometimes I can’t help myself.

The #2 I really like to outscore the #1 on his team is Donte Moncrief. Heck he might even be listed as the #3 on some depth charts, but I think he has every chance to top the Jaguars in receiving. It won't be won’t be easy however, because there are so many mouths to feed in this receiving corps.

Moncrief has the tools to be a #1, but he will have to click with Blake Bortles and if he doesn’t, then this prediction will blow up in my face. Moncrief has never topped 900 yards or seven touchdowns in a season, but then no one else on the team has either.

Ultimately what really pushes me towards Moncrief is his ADP of 19.11. He is coming off the board nine rounds behind Marqise Lee (11.10), Dede Westbrook (13.7) and even Keelan Cole (15.2) and that just screams late value to me.

Take a chance on Moncrief at the end of your draft and he may very well exceed all of your expectations.