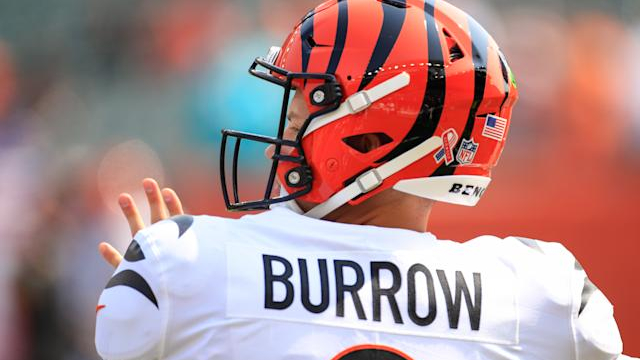 Correlating your bestball drafts with players in elite offenses is a near-optimal strategy. But why limit yourself and only use it in one format? Why spend so much time researching players only to use it once a year? NFL Futures are live on PrizePicks and I picked the best correlated parlays that can boost your bankroll come December. Unlike bestball, you can find an edge and stack multiple players on PrizePicks without the fear of other competitors sniping you on draft day. All your best-laid plans and ideas can dissolve before you have any chance at solid correlation. Here is a list of the best parlays to exploit before the season kicks off. 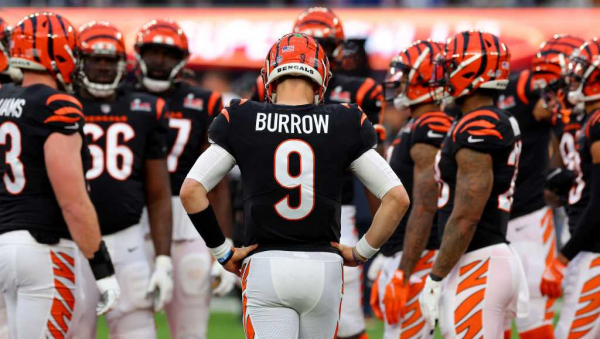 The Cincinnati offense is criminally underpriced here and PrizePicks has placed a golden opportunity right at our feet. Joe Burrow is a legit contender to lead the NFL in passing yards, however the site only lists him at 4,450 passing yards. Burrow has the potential of being a 5,000-yard passer this season and if you're aligned with this thinking, then it wouldn't be too hard to convince you to stack his weapons. Ja'Marr Chase is on the verge of fantasy stardom and is priced as the second-most yards on the site for good reason. This number is meant to scare you off. Don't let it. Chase will easily eclipse this number and be closer to 1,500 receiving yards by the season's end. But if 1,251 yards is too rich for your pallet, Tee Higgins is a great pivot to go over 976 yards and 74 receptions. Higgins would undoubtedly be a WR1 on most teams but with Chase, he will always be a secondary option in Cincinnati. That doesn't mean he can't put up numbers close to 1,200 yards and command north of 130 targets in this offense. Smash these overs and watch this young, dynamic trio rip up the AFC once again. 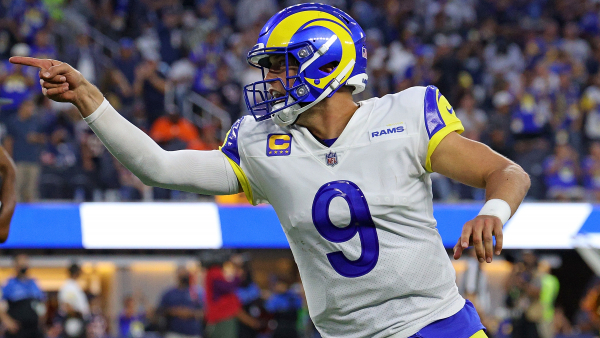 One of the best skills you can acquire as a fantasy manager is to react, but not overreact to training camp news in early August. Matthew Stafford is a perfect case in point as the quarterback and the Rams announced he's dealing with an elbow ailment at the start of training camp. A reasonable response is to monitor the situation and if it worsens then yes sound the alarms. However, what we should not do is fade the triple crown winner and perennial MVP candidate in our process.

Stafford is coming off a career year in touchdown passes, yards, and completion percentage in his first year under Coach Sean McVay. The quarterback told NFL.com's Stu Jackson he feels even more comfortable understanding the nuances in McVay's offense coming into year two. Fade at your own risk. 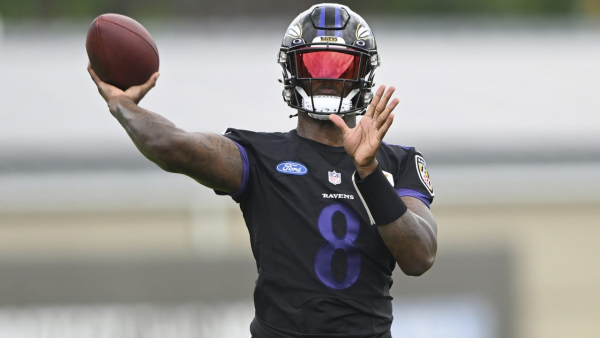 Is there a better bet for a franchise to bounce back from a nightmare season like the Baltimore Ravens? Lamar Jackson, JK Dobbins, Marlon Humphrey, Marcus Peters, and Ronnie Stanley all missed significant time due to injury last season. How the Ravens won eight games with a depleted roster speaks volumes about their leadership, especially when you consider the Ravens built their game plan around a dynamic rushing attack and lost both running backs before the 2021 season even began. We're not asking Jackson to return to his 2019 MVP-level production to cash this parlay. He just needs to be the quarterback he has been the last two seasons. Jackson has played in 27 games since his MVP season and only failed to record a passing touchdown twice (Week 14 in 2021 and Week 9 in 2020).

The Ravens sent a clear message this offseason they believe in their young wideouts. Baltimore sent Marquise Brown to Arizona on draft day and didn't spend any draft capital to improve the position. Bateman showed the franchise his potential in the second half of last year despite not having a full offseason to work with Jackson. Bateman didn't appear until Week 6 and still finished with 46 receptions and 515 yards in just 12 games. Now with a full offseason, watch this duo take off in year two and the overs are primed to be cashed by the season's end. 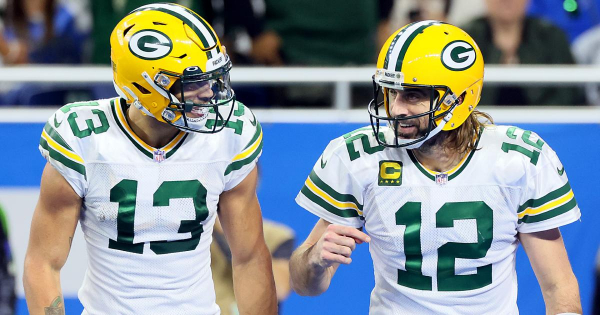 One of the useless storylines followed this offseason was which free-agent receiver will the Packers sign for Aaron Rodgers. Green Bay traded two second-round picks to a division rival to select Christian Watson in the draft. But surely, that wasn't all the Packers could have in mind when trading away their best player in Davante Adams to Las Vegas this offseason. A familiar name like Julio Jones was rumored to be a target before the veteran signed with Tampa Bay. How about one of the Seattle receivers in DK Metcalf and Tyler Lockett? Nope. All speculation just seems like fan fiction now. Allen Lazard is still priced as if the Packers brought in a veteran playmaker. Take advantage of this as Lazard could lead all Packers receivers in target-share and easily crush all three categories in receiving touchdowns, receptions, and yards.