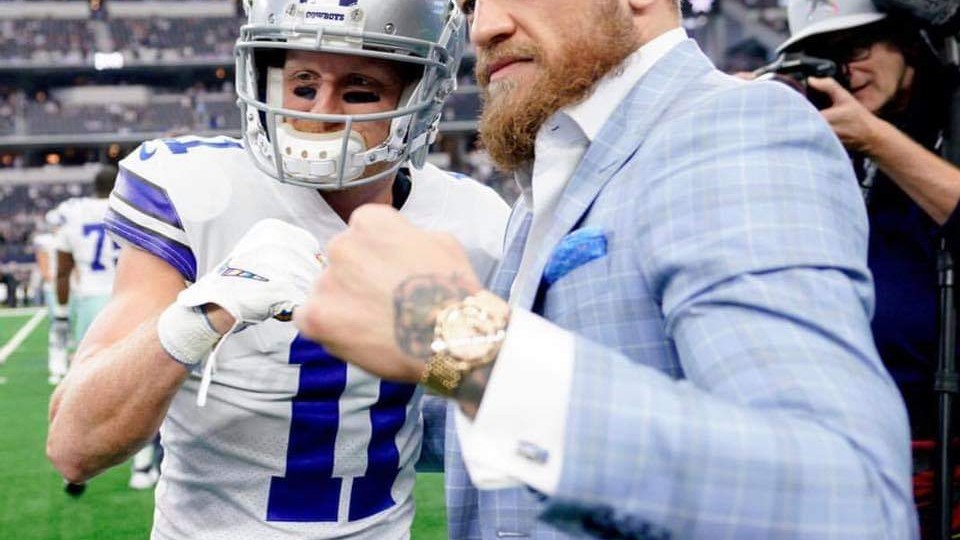 Dak in the saddle again

Dallas Cowboys had a much-needed 40-7 win over the Jacksonville Jaguars and their number one ranked defense Sunday afternoon. A very fast paced and aggressive gameplan proved to be more than enough to get the Cowboys back on track. Just in the first half Prescott ran the ball nine times for a total of 59 yards. In the end Prescott would go on to rush 11 times for 82 yards. At the half the versatile quarterback would have more rushing yards than Ezekiel Elliott. A great day for Dak Prescott as he finished with a QB rating of 95.3, the highest of any quarterback that played Sunday.

Cole Beasley caught all six targets for 79 yards and two touchdowns and would go on to finish the game with over a hundred. Often questioned by the media, Beasley was playing like a man who needed to prove himself and that he did. Looking like a number one receiver Beasley was Prescott's go-to-guy on third Downs.

The Dallas Cowboys welcomed back Maliek Collins and David Irving for Sunday's game. On just his first snap defensive tackle Irving forced Jaguars quarterback Blake Bortles to throw the ball away. Collins recorded a sack in his return and Tyrone Crawford and Antwaun Woods were also credited with a sack. Cornerback Byron Jones continues to play like the top tier CB that he is. Jaylon Smith forced a fumble and Jordan Lewis recovered it. Jeff Heath had an interception and Leighton Vander esch leads the team in tackles while Sean Lee is out. Vander esch is in line to become defensive rookie of the Year. The Cowboys 315.2 yards per game is best in the NFC and fourth overall in the NFL. The 17.2 points tops the NFC and is second overall in the NFL. The Cobwoys certainly offer a lot for those who play in IDP leagues.

Brett Maher has made 15 field goals in a row. That is the best streak in the NFL this season. Brett Maher with a career-long 55-yarder gives the Cowboys a 40-7 lead. The Cowboys' 40 points are their most in a home game since 2016. Maher made four out of four and is ahead in points above veterans such as Justin Tucker and Adam Vinatieri proving to be the right call as a replacement for Dan Bailey.

Coach Jason Garrett received a lot of heat from the controversial 4th and 1 play call that set up Dallas for a loss last weekend in Houston. Having seemed to learn his lesson Garrett would go on and convert two 4th Down possessions. That's not a problem when you have running back Ezekiel Elliott who managed 106 yards on the ground with one touchdown.

UFC star Conor McGregor was in the building on the Cowboys sideline hyping up the team for what would go on to be one of their best performances of the season. Tony Romo was also in the booth in his old stadium cheering on his team and doing a great job analyzing as he praised Linehan's creative play calling. Almost every touchdown was celebrated by players imitating McGregor's famous walk. This is the Cowboys team that fans have been waiting to see for a long time and if this is any indication of how the rest of the season is going to pan out then there's no telling how far Dallas can go if they keep up this scheme.

On the road again

The Dallas Cowboys are undefeated at home but are traveling to Washington next Sunday to take on division rivals in the Washington Redskins. It will be an interesting game as the Redskins are currently top in the NFC East and the Cowboys coming off a huge win at home. If you're a Cowboys fan you're hoping that Jerry Jones gave Conor McGregor season tickets as the Luck of the Irish has shown to be beneficial for Dallas.