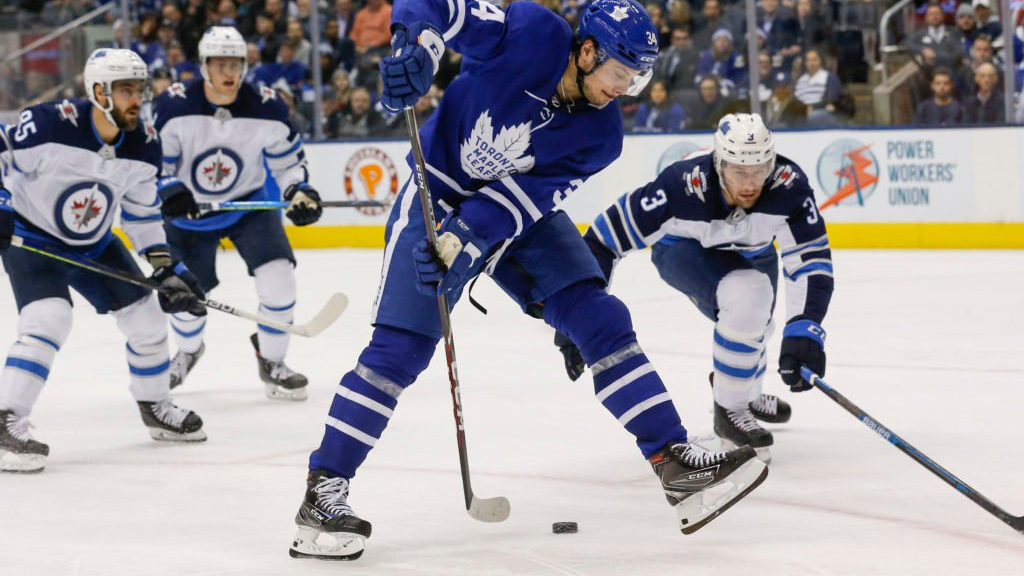 Dan's NHL Betting Tips and some DFS Picks for February 8, 2021

Some thoughts on NHL Betting Strategy and some picks for tonight!

My goal here is to give some of the folks in the now thirteen online legal sports betting states some tips and strategies to cut down on unnecessary losses while also increasing winnings. I am going to post betting first(because it is very time sensitive) and DFS a bit later on, so be on lookout for some of my top plays tonight a bit later today!

1. I will say that NHL is probably my favorite sport to bet on, not because it is my favorite sport, but because the sportsbooks are nowhere near as sharp on NHL as they are on NFL, and that still rings true with MLB and NBA as well, but NFL by far has the sharpest betting lines(had an extreme example with the SB yesterday, all the last minute recreational betting $ that comes in)

2. Most beginner/recreational bettors tend to drop a lot to win a relative low amount on heavy favorites, which may work in some other sports like MLB, but is downright suicidal in NHL when quite often favorites do not actually get you the win you thought you had on lock because of how heavily favored they are(example is NHL moneyline favorites in vicinity of -175 and worse such as -300 which does happen in NHL)

3. Some people like the score first props and also parlays but I am not a big fan of either and rarely place them.  "Well why the hell not? Don't you like to win a large amount relative to risk?", you may ask. Well sure, but fact is these are the types of bets the books make their money on, so I generally steer clear and when I do place them, they are typically only a quarter unit(example would be $2.50 quarter unit bet, because your typical flat whole unit bets are $10, or $25 instead of $100) Professionals and sharps alike also call these the penny slots of sports betting and for good reasons.

4. Take advantage of promos and line shop it out!  I cannot stress enough how important this is.  Over time you will win significantly more money from having shopped the best betting line and promos like free bets are fine to use on a parlay or to hedge the other side of a total for example.  All the taking of the -110's instead of -115, -120's will absolutely make a positive impact to your long-term bottom line.

How about some bets for tonight in the NHL?

Vancouver is one of the worst teams in the NHL right now in virtually every relevant team statistic angle(except offensively but that is a bit noisey imo).  They have played 15 games already, and sit next to dead last in expected goals-for percentage (xGF%) at 44.87. Under 50 % generally indicates a team is not controlling play in the sample of games. Narrative wise, the Holtby acquisition has not gone well and this team truly is lacking a team identity after losing Toffoli and Markstrom in net this past offseason. It is really showing, not to be too results oriented here, but this team has given up 7 more goals than the next most in the entire NHL to this point! I never saw how they could be an improved team after making those moves, and that is coming into fruition already sadly for the Canucks.

Toronto, on the other hand, certainly far from one of the worst teams in the league and they have absolutely owned Vancouver, outscoring them 12-4 in the first two games of this series.  Toronto is middle of the road so far in xGF% as a team, coming in 16th in the league at 50.89%.  This is probably my favorite overall team stat that silents all the noise on this, that and the other in terms of big picture overall how a team is doing on the ice.  So, give me these below, as I have placed them this morning.

TOR to win in regulation (-131 Pointsbet or -132 DK sportsbook) versus Vancouver.

Get on these while you can, I anticipate them to get more juiced throughout today.  Looking for DFS content? Give me a little more time, I am still working on that and will at least have some value plays or top plays of the slate for you guys. Wanting more bets? Hit me up on Twitter for sure.  I have many plays I go through most slates but tend to put my favorite, safest in my articles.  Good luck tonight!

Note: These are more cash game centric plays as mostly 1 offs in double-ups, head to heads and 50-50s.

Auston Matthews-$8.5k DK/$8.8k FD-give me the guy who is on an absolute tear, already hitting 20 points on the season with the best matchup on the slate versus this terrible Vancouver team. He will be a big part of the reason to expect yet another long night for the Canucks tonight. If you like a value in similar matchup against these same Canucks, I cannot rule out dropping down to Jonathan Tavares at $6.6kDK/$7.4FD.

Connor McDavid-$9k DK/$8.9k FD-Along with Matthews, McDavid is right up there slate after slate as both of these guys have the ability to break a slate on any given night.  However tonight, both have really nice matchups, with the McDavid/Nugent-Hopkins/Puljujarvi top line having the highest xGF metric if they get most of their time vs OTT3 on the road.  This specific line matchup is not shown below, but from my same source, sonk.ca. who you can find @NHLwookiee

A cumulative look at matchups tonight, green with highest number being the best, red being worst, etc.  Notice here Toronto, Carolina and Edmonton have the best 5v5 matchups, while all three also have nice power play matchups as well.

Zach Hyman-$4.7k DK/$4.8k FD- Normally, this guy does not find himself in my cash builds and is more a pure add-on stack option with a Matthews/Marner Line 1 Toronto stack.  However, in this matchup and on a line with these two who are absolutely world beating right now, I do not know how you can ignore him here, plus he fits nicely in any format

Ryan Nugent-Hopkins-$7.2k DK/$7.4k FD- Disclaimer-this probably won't fit at all or work if you are also playing McDavid and Matthews in cashgames, but he's totally worth a mention as I see his raw point projection leading all wingers tonight by a decent margin of about 3 points. The other two payup options at wing that are really close for my liking would be Mitch Marner-$7.7k DK/$8.1k FD and Andrei Svechnikov-$6.5k DK/$7k FD, the latter whom I have been high on since he arrived in the NHL. These three are my top choices for paying up at wing tonight, and have to give an honorable mention to Stamkos per usual as well.

Two cheaper punt options in GPP that probably won't find their way into my cash lineup are Ivan Barbashev-$2.5k DK/$3.3k FD who will be up on the Blues' top line tonight and also Evgeni Dadonov-$3.4k DK/$4.3k FD, expected to be getting top line and top power play tonight in a nice matchup versus a defensively-challenged Oilers team who will be putting Mike Smith in net for the first time this season(pretty good chance he gives up 3+goals, per models also).  Both of these guys would work out better stacking with their linemates than 1-off plays in my opinion.

Vince Dunn- $3.5k DK/$3.7k FD-Expected to be on the top pair and also quarterbacking the top and pretty lethal power play of the Blues, I find this value hard to beat tonight on Dunn. He's a legit do it all type defenseman who's trying to earn a bonafide role and his next contract during this season as well, a bit of a narrative there on him this season.  But in all seriousness, his floor is 1-3 shots and a block at least, and if he finds himself on the scoresheet he will smash value for you tonight.

Morgan Reilly-$5.8k DK/$5.2k FD- By now you might notice a theme here on the Leafs tonight, as Morgan is arguably my favorite pay up option at defenseman along with likes of Dougie Hamilton and Tyson Barrie. Any of these three are fine plays, but I am probably going to lean Reilly here as the matchup certainly can help put this over the top versus the Canucks tonight.

This is always the hardest position to predict, so I will list out all the one's I'd consider, in no particular order.  Keep in mind you may want to roster a goalie with your preferred line stack in GPP's to keep things simple especially over on Fanduel where a win is going to be more important.
Jordan Binnington-$8k DK/$7.6k FD, Semyon Varlamov-$7.7k DK/$7.7k FD are my two favorite but I cannot rule out Smith with Edmonton as cheap as he is, or Nedeljkovic aka "Ned" with a Carolina stack.
Best of luck tonight!