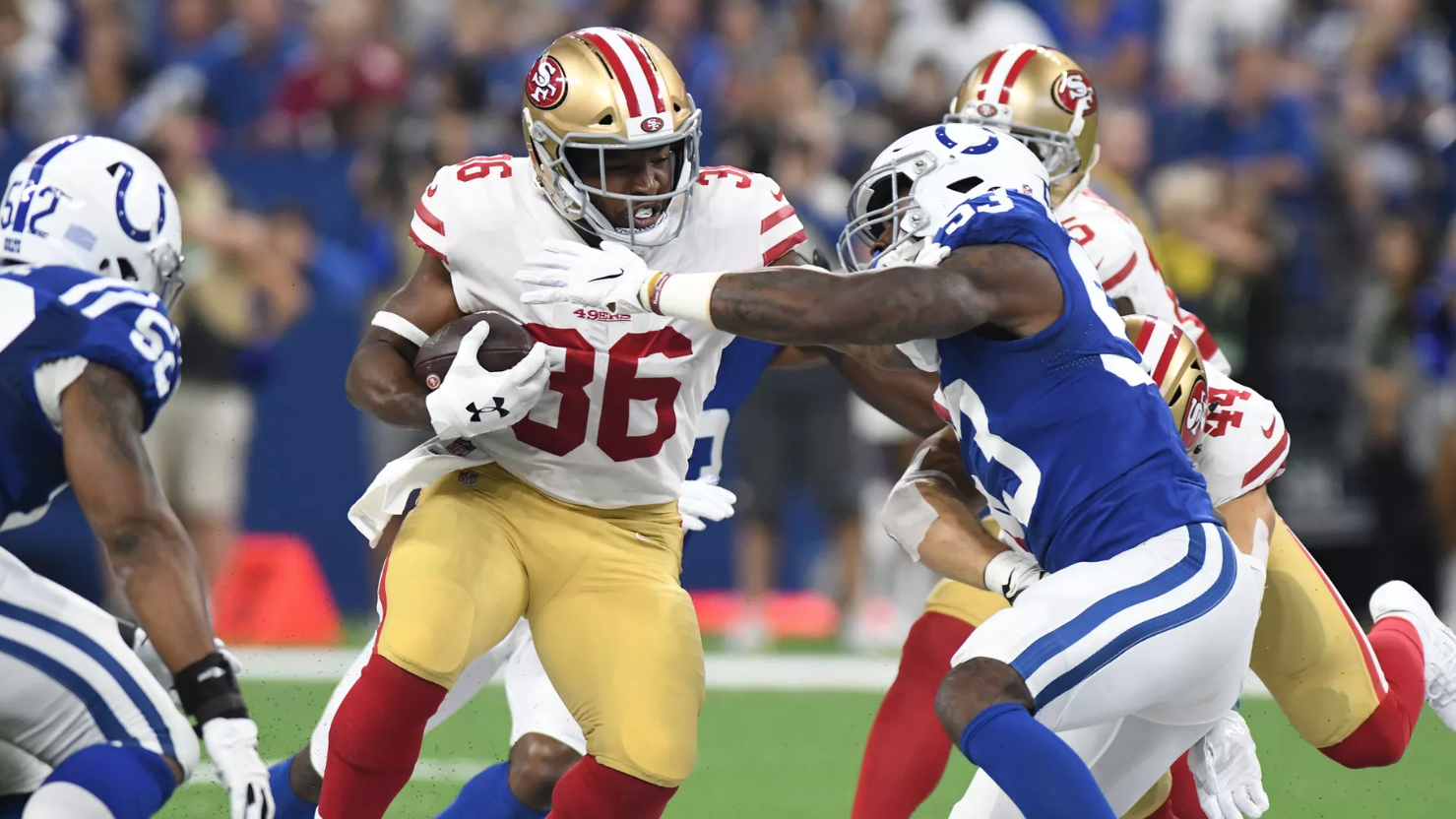 Stashing players in leagues where you have decent sized rosters could be beneficial. You may hit on a player that is so under the radar, no one would think about drafting him. Waivers are also great places to find bench spot wonders. I have four intriguing late-round stashes at running back that I would feel comfortable taking a chance on in larger leagues. ADP information via fantasypros.com.

Marlon Mack is currently dealing with a hamstring injury, and Jordan Wilkins looks to be in the starting line-up if Mack has to miss time. Robert Turbin is suspended for the first four weeks of the season which gives Wilkins even more of an opportunity to show off his skills in Indianapolis.

Wilkins is one of three healthy running backs with the Colts that are not suspended. Nyheim Hines has not looked good in the preseason. Christine Michael is there, but he is a back who has been around the league for quite some time and hasn’t ever popped the way we hoped. There could be a committee in Indianapolis, but Wilkins looks like he is the real deal. Even if there is a committee, he could find himself putting up nice fantasy numbers.

He went to college at Ole Miss and was a starter last season. Last year in 12 games, he put up 6.5 yards per rush and 9.3 yards per catch to go along with ten total touchdowns. Wilkins is the type of running back who makes defenders miss. He is also a decent receiver who can make a splash down the field. Wilkins has tremendous acceleration and terrific vision, and he is a powerful back.

During Friday’s preseason win against the Green Bay Packers, Chris Warren was the leader in rushing for the Raiders. He had 54 yards and a touchdown off of 15 carries. Warren was also targeted twice and caught one for seven yards.

Currently, he is heading into the last game of the preseason behind Marshawn Lynch and Doug Martin. Many, including myself, think he deserves a shot over Martin, but Coach Jon Gruden is set on having Martin be the number two in Oakland.

Warren is an undrafted rookie out of Texas. Just because he went undrafted doesn’t mean he isn’t talented enough to be on a professional squad. He rushed for 86 yards and was the rushing leader in the preseason game against Washington. Versus the Lions, he rushed for 110 yards and scored his first touchdown of the preseason. For the game against Seattle, DeAndre Washington is not expected to play. He recently underwent arthroscopic surgery, so this should help open doors for Warren.

He is a large running back, coming in at 6’2 and 247 pounds. You would think that at that size, he wouldn’t have explosion, but this is not the case. Warren is an extremely explosive runner, and he fits the running style that Gruden is all about in his offense. Definitely worth a stash, especially in dynasty formats. In redraft, you can take a late round flyer on him or will probably find him on waivers.

Alfred Morris has been an electric back since he came into the league. He had over 1,000 yards in each of his first three seasons. His first year playing in Washington, he rushed for 1,613 yards and had 13 touchdowns. After playing with Washington, he spent two seasons in Dallas as the backup to Ezekiel Elliott. Filling in for Elliott, Morris showed he could still run.

Now that he has signed with the 49ers, look for him to have a role there as well. He may not play much or at all versus the Chargers during the next preseason game because Kyle Shanahan likes what he has seen. Shanahan was the offensive coordinator in Washington while Morris was there, and he knows what kind of runner he’s getting with Morris.

Yes, Jerick McKinnon is the lead back in San Francisco. Matt Breida is also there. Both of these players are dealing with injuries at the moment which is why San Francisco took a look at Morris in the first place. Both of those running backs that are banged up should be ready for the actual season, but Joe Williams now has a rib fracture. This should open up more opportunities for Morris. Plus, Williams and Jeremy McNichols do not look like the RB3 in San Francisco.

Morris started the preseason game against the Indianapolis Colts. He rushed for 84 yards on 17 carries. Morris also ran for a 17 yard gain, but it was called back due to a penalty. His legs are looking good and fresh which is helping with his explosiveness.

Even if Morris ends up in a committee, do look for him to get work. He’s got the talent, and he could see a bigger role with the 49ers than he did with the Cowboys. Morris will be an excellent starter if McKinnon were to go down. You can get him for cheap or on waivers. He is worth taking a chance on towards the end of your draft if you have a large bench or are running back needy.

Here’s your fill in for Mark Ingram while he serves his four-game suspension. Jonathan Williams will probably have little value once Ingram comes back, but you can take a flyer on him during the first four weeks. Williams looks to be the early-down back while Ingram is out.

Williams might end up being a good flex play for cheap during the first four games. He’s only had 27 carries in his career, and he hasn’t been very successful. Still, he finds himself in favorable circumstances in New Orleans. Brees has been complimenting Williams on his pass protection, and it is nice to hear good things from his quarterback. Williams should be able to get goal-line carries which would be helpful if you have him in your flex spot.

The coaches are saying Alvin Kamara’s role isn’t supposed to change this season. Hopefully, Williams will be able to have the success in the Ingram role with Kamara doing what he did last season.

Williams didn’t play in 2017 after he was suspended and then released from Buffalo. He was one of the stash candidates people were high on but has not seen the success that was expected of him. He is a large back who was a nice complement to LeSean McCoy in Buffalo, and he looks to be a great compliment to Kamara while Ingram is out. He is already slated to be the number two, so you don’t have to worry about someone else stealing this role.

He didn’t look great in the preseason game against the Chargers where he lost three yards on three carries and was unable to run it in on a two-point conversion attempt. Still, that number two role is locked up, so it is helpful to know that is set in stone. People are low on him, but he could be a great stash if you are in need of running back help.

Stashing a player in the late rounds of your draft is a terrific idea. There is a possibility they will hit, and you will look like a genius. If they don’t hit, you can always drop them to pick someone up off of waivers. A deep bench is helpful when picking up guys to stash as well. If you have the room, you should definitely try striking gold in the later rounds.