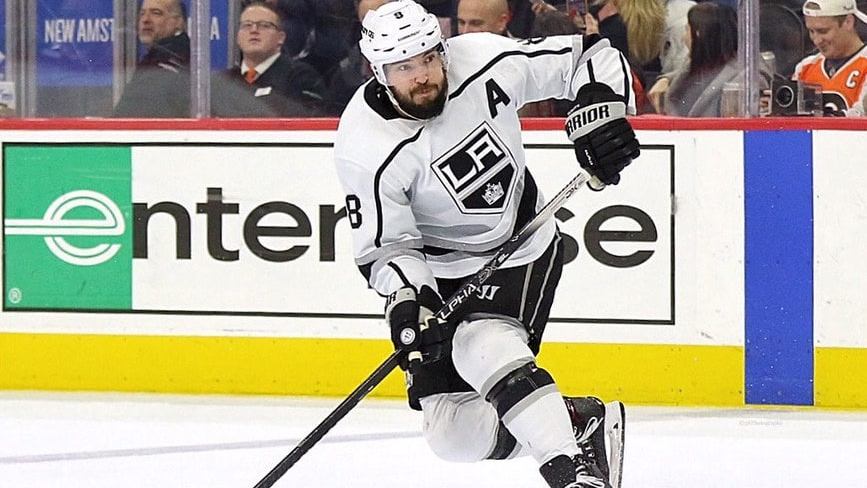 At the end of September, I put out my Top-10 Defensemen in the NHL for fantasy purposes.  Now here is the rest of my Top-20 rearguards in the NHL, and of course this is just my personal picks, and I hate leaving off some of my favorites.  If those players want love next season, pick your game up and play like you are paid, or want to be paid.

11) Shea Theodore/Vegas – Vegas rewards from Anaheim loses, and Shea has taken over as the top defenseman on this very competitive team.  He just solidified it all last season when Alex Pietrangelo was out, expect plenty more as he led the team in Power Play ice time, and he’s yet to reach his prime years.  I see a 60-point season out of him, some may say that's to high, but all the talent around him makes me beg to differ. 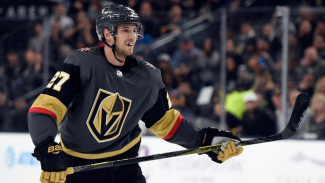 12) Drew Doughty/Los Angeles – The Kings may be on the decline, but my man-crush killed it last season and saved my fantasy season with his full stat sheet filling ways.  Led the team in blocked shots (83), third in hits (91), fifth in PIM’s (26), and total minutes and Power Play minutes. Expect more as they usher in new young prospects to the Royal Family of L.A.

13) Dougie Hamilton/New Jersey – The newest millionaire in Jersey has a big task on hand, along with anchoring a very young team flush with prospects, Dougie must try and help P.K. Subban find his desire to succeed again!  The playoffs are a few years away, but he should put up solid numbers still…. alright Hamilton!

14) Seth Jones/Chicago – Another new home for the former fourth overall pick, and with Kane and DeBrincat I believe Seth Jones will have a career season.  Chicago does something to the soul, I’m lucky enough to get there a few times a year for concerts and food, but I’ll pass on the suck Blackhawks and their snarky fans.  I hated seeing him and Werenski part in Columbus, but Seth Jones will get along just fine, draft accordingly.

15) Aaron Ekblad/Florida – Well are we all waiting for this former number#2 pick to live up to the hype?  The contract is already in place, the statistics and trophies are not.  I’m hoping Coach Q can light a fire under his ass and get him into the Norris conversation, which is dominated by his in-state rival, behemoth Victor Hedman, my number one on this list, and should be on everybody else’s as well. 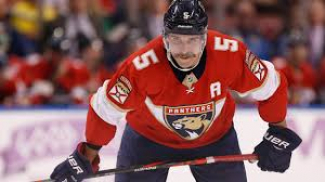 Time for Ekblad to get serious in Miami and take over

16) Thomas Chabot/Ottawa – A bit of a down year, but that’s expected from a young defenseman on a young team.  I expect better things from both, and it will happen, the Sens are headed in the right direction, and Chabot is a young leader in Canada’s capitol city.  I’m gauging between 45-60 points for Chabot this season.

17) Tyson Barrie/Edmonton – This ranking seems criminally low for the season Barrie had last season, but I expect Duncan Keith to cut into some of his quality power play minutes and ice time.  Not because he’s bad, but Keith is the Butch Goring to this team, and will tell them just how good they are.  No signs of Oscar Klefbom coming back yet, and Barrie is still a top pair rearguard, and another 50-60-point season is not out of the question.  I could put him as high as 11 in my rankings but will sit right here for now.

18) Oliver Ekman-Larsson/Vancouver – This is an off-season move I’m very much looking forward to seeing play out.  Teams have skirted the courting of OEL for a long time.  Now he’ll share power play time with some real studs, and I’m loving this, God bless the season ticket.  My ass will have some very tired days ahead at work watching these west coast games, and I’ll like it!

19) Jeff Petry/Montreal – This Spartan snuck into my top-20 after a stellar year last season, and steady play throughout his career.  Now with Shea Weber out and possibly gone for good, Petry again will anchor the very surprising Canadians team on the back end.  I expect more of the same, but with even better stats in fantasy scoring categories.  You give me the bottom three on this list, and I’ll build any fantasy team with that.  Winning is in the Petry blood, ask his 1984 World Series Champion Father!

20) Ryan Ellis/Philadelphia – Another Nashville draft steal by David Poile with the former Saint John’s Seadog, and a new zip code in Philly.  His leadership with help gets Provorov on the right track hopefully, and this move will have Ellis leading the Flyers in all categories from the backside.  I absolutely love this move for fantasy purposes and for the Flyers fans.

If you ever have a question, drop me a line @PolkaPat about anything fantasy!