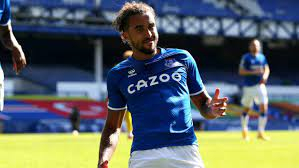 We finally make it to the last matches before the international break, and there are plenty of tired and injured players in all squads, but they have to raise an effort one more time before they all get a well-deserved rest. Once people see Man City on this slate, you know that many will be stacking that match, and the way City is scoring again, who can blame them. No matter what, though, there is still plenty of fantasy points to offer in the two earlier kick-offs.

The holy grail of 40 points to guarantee survival in the Premier League is well within the Palace's grasp, and they will be looking to get 3 points from this game. West Brom is full of fight and passion, but they are not good enough. Saying that, though over the years in the Premier League, teams in relegation trouble do spring the odd surprise, and that is possible here.

W.Xaha$18 is back and looks sharp. I fancy him to get at least a goal here today as Palace needs to be positive against one of the most generous defenses in the league. C.Benteke$15 is another who could benefit from this fact. E.Eze$11 hasn’t impressed lately, but you can't ignore his talent or low price here. I’ve decided to take V.Guiata$10 as my keeper this week. West Brom could score, but a keeper win bonus and some save points are still likely.

West Brom only really has M.Pereira$15, who consistently delivers the fantasy points in an attacking sense for them, and maybe attention should also be given to C.Gallagher$14, who is a developing talent.

Burnley needs around 9 points to stay in the league, so their priority here will be to get the fact that it won’t be easy. Some players will be tempted to take N.Pope$8 as their keeper, and I wouldn’t blame them, but Everton are still chasing a top 4 spot, and with players like Richardson$21, who has found his scoring boots and could be on the scoresheet again but he has a lot more to his game than just goals. D.C.Lewin$19 needs a good performance, and his strength in the air could be significant in this game. If you are looking for a bargain in this, Allan$8 is worth considering as he works hard in midfield.

I’ll be taking Burnley defenders in this one not because I think they will get a clean sheet but because they will be busy boys M.Lowton$12 and J.Tarkowski$11 should get you substantial fantasy points here.

Fulham has been getting better week on week but faces their stiffest test yet, and the champions-elect, who, no matter what team Pep, plays, are scoring for fun. Fulham’s defense has improved beyond recognition since the start of the season but will have a busy day here, and I fancy it to be breached more than once.

K.De.Bruyne$23 is fully fit now and will continue to cause havoc in defenses. The only negative here is Pep play him before the champions league match on Tuesday. If he does play, he will probably be the most owned player on the slate, and rightly so. Jesus$18 could be a bargain as he looks sharp as well now. It doesn’t matter where you look in this team; fantasy points are achievable from any of them. Gundogan$15 and Rodrigo$11 look to me to be the bargains if they play.

Fulham has A.Lookman$16 and J.Maja$12, who, if anyone on the Fulham team, have the best chance of breaching the City defense, although it will be a tough ask.

So there are some options for Saturday’s matches. Remember, if you are using my selections, then mix them up in different slates, and maybe you will find the magic formula to get that tournament win.

Get me as usual on Twitter @fantasymutt if you have any questions. Good luck!