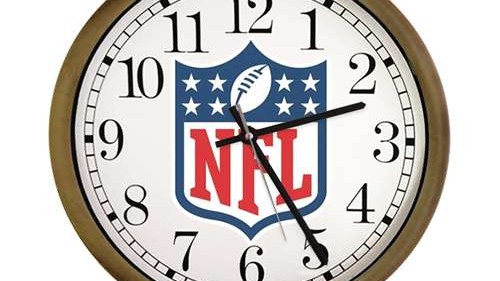 Diary of a Fantasy Dad #2

One hour.  I just needed ONE hour to myself.  Time to sit and read every article I’ve bookmarked.  A chance to go over my draft plan for this weekend.  Minutes of solace that would allow me to just … breathe.

I have two small children.  Derek is 6 and Allison is 4.  They are amazing children.  So smart, so full of love, so innocent.  I’m a very lucky man.  My wife is a school teacher and lover of online shopping.  Just last week I came home to find three large boxes on my doorstep.  Apparently these are the new wicker couches for the pool that won’t be done until NEXT Spring.  But she tolerates my fantasy obsession so I can find a home for the boxes.

I have like so many of you a really great life.  So much to be thankful for.  What I don’t have is time.

Besides my family I have a full time career as a liquor sales rep in upstate New York.  Who knew a former frat boy could make a living peddling bottles of booze?  I’m also the registration chairman for the Bill Leaf Memorial Kickball Tournament.  This event honors my late friend who was killed by a drunk driver back in 2006.  Every year we put on a Herculean effort to beg teams to play.  Every year we think is our last.  Nobody will show up we say.  This year with a week to go I have almost 20 teams registered.  The hustle never stops.

As you can tell (because you are reading this) I’m also doing work for FightingChanceFantasy.com.  A perfect side gig for someone with a long love of writing, radio, and football.  Finding articles to write or topics for podcasts are easy.  The time to do them is not.

Just today a friend reminded me of a bus trip to a Buffalo Bills game I promised to organize.  Add another thing to the plate.

But this weekend is my favorite of the year.  This is my Christmas.  All of the cares in the world go away for one glorious night.  The Saturday of Labor Day weekend is the one day marked on the calendar that Dad gets all to himself.  IT’S DRAFT DAY!!

As Commissioner of the Alcoholic Haze fantasy league I try and bring something to the table that the members don’t get anywhere else.  I want to have a great venue.  I have good food and cold beer.  I want the championship belt hung from the ceiling surrounded by custom banners showcasing the past champions.  I go to Party City and buy festive decorations that will be beers spills on them.  Bottom line, I want this to be a blast.

Get a group of middle aged guys in a room and you’ll hear a lot of old stories and ball busting.  What you won’t hear is what is really going on in their worlds.  Guys just don’t talk about that much.

I know there are some in the league doing great things.  Babies being born, weddings, promotions at work.  These are men doing well for themselves.  I also know there are guys hurting.  Divorces, marital pressures, financial restraints.  Those things aren’t spoken about over beers and wings.  Maybe they should be, I dunno.

My point is drafts are special.  I get one day where eleven of my closet friends all come to Syracuse, New York and celebrate at the best party I throw all year.  The I.C.E. agent from Buffalo.  The entrepreneur from Cincinnati.  The Chemical Engineer from Harvard (just don’t ask him to describe what he does).  Guys who give up their holiday weekends to enjoy bonds of brotherhood forged over stickers on a poster.

Every draft as I look out at them and give my welcome speech I think, “I hope this isn’t the last time we do this.”  To me the league is perfect.  We are forever 26-years-old playing bar league softball talking about who we want to draft that weekend.  Now the team is disbanded.  The get togethers fewer and farther between.  But the love in the room remains the same.  We won’t say it.  But it’s there.

Let’s go out this weekend has been replaced by a kid’s birthday party.  Come over for the game is now a text message at halftime.  Like I said we never have enough time.

I know one year will be the last.  Guys will drop out for various reasons, replaced by others who will be enthusiastic but just… different.  Change is inevitable.  But for that very reason we must embrace these drafts.  It’s not who won or lost but how fun it is to get your friends in a room again and laugh.

That’s why I needed an hour.  I needed to clear my mind and focus on how I’ll screw up yet another draft.  Which player should I take in the first round who will inevitably disappoint me.  For all the draft decorations and research the game is 90% luck.  I’ve learned to accept that.   Through job losses, family illnesses, and even the death of a league mate I look more forward to this weekend than anything else I do all year.  I know it is because of the relationships we’ve formed through fantasy football.   These men are my best friends.  Good people who have seen me through up’s and down’s.  For that I say thank you.  What I really should do with that hour is think of what I can say to the league to show them how much they mean to me.  What this league means to me.

Maybe I just did.