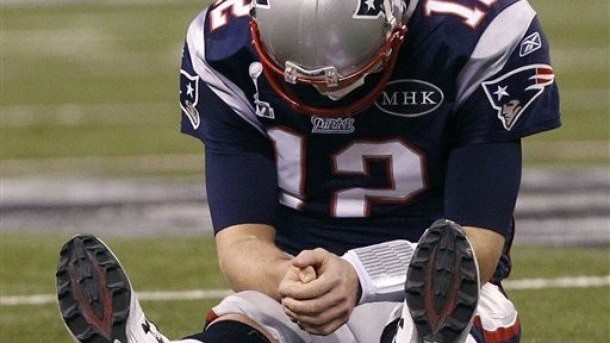 Diary of a Fantasy Dad #3

When you try your best but you don't succeed

When you feel so tired but you can't sleep

Everyday since May I put in work.  Every single fucking day.

Read an article.  Listen to a podcast.  There wasn’t a day I didn’t try to grow my fantasy football knowledge.  Knowing I was going to be working for a fantasy website and doing podcasts helped fuel that fire but really it’s about winning leagues.  Screw winning, DOMINATE my league.

A summer of deep dives into analytics lead me to what I thought would be a team that would be a half point PPR juggernaut.

I’m last in the league in points.

Now drafting from the 10 hole I knew I was going with Dalvin Cook.  Felt he would be a great foundation back.  Came back with Julio Jones and wow what a great first week.  These two are my rocks.  Build my title run on their backs.

Rounded out the team with WR’s like Larry Fitzgerald and Marquise Goodwin.  Added RB depth like Dion Lewis, Adrian Pederson, Alfred Morris, and Peyton Barber.  This team was going to be solid top to bottom.

Then the games actually started.  It wasn’t pretty.

Jared Goff has been really serviceable for me netting around 20 points a week.  Not bad at all for a guy I waited forever to take.  Doesn’t really help when you have opponents throwing up 40 point weeks from the Mahomes and Fitzmagic’s of the world.

Running Back was supposed to be a strength.  It’s been a total failure.  Cook hasn’t done anything and now is hurt.  Dion Lewis had one good game but his team is a dumpster fire.  AP, don’t get me started.

The wideouts aren’t helping either.  Fitzgerald might be on the worst offense in the league.  Goodwin got hurt in the first quarter of the first game!  Julio couldn’t score in a whorehouse and a fistful of 100’s.

So what do we do?  Quit?  Hell no.  Make awful trades?  Not worth it.  LET’S BE SMART.  Trust the process as some shitty NBA executive once said.

We have the knowledge we just need to apply it and acquire players who might be undervalued and ready to explode.  Work the waiver wire relentlessly to get that NEXT big thing.  There’s no need to make trade that crushes your depth at this point.  The wire provides ample opportunities for that winning lottery ticket.

So I’m rolling my sleeves and getting to work.  I added Ryan Fitzpatrick and dumped Jared Goff.  I don’t need two QB’s on my roster.  Not at 0-2.  The waiver wire will be my bench for QB’s.  We need to stream and find the guys with big week potential.  Fitzmagic, let’s ride!

We need to uncover that future stud on the waiver wire.  That man might just be Antonio Callaway.  The rookie saw TEN targets on Thursday night and now that Baker Mayfield is in (you may have heard something about that) he’s going to become a factor.  That’s the kind of guy who can turn around your fortunes.

Every single position must be examined weekly to make sure we are maximizing value and opportunity.  Kickers and defense are no exception.  Stream like your life depends on it because in this game IT DOES!

I’m scouring every owners roster and seeing who they might not be valuing.  Those are the players I’m aggressively attacking in trade proposals.  You have to use the same thirst for knowledge that was there in the summer right now to see who can be had at a discount.  Not every guy in your league is doing the research you are.  There are chances to make that smaller trade that will set you up for the long run.  Not every deal needs to knock the socks off the league.  The main thing is you have to ask.  Maybe they say no 99 times but the 100th they say yes.  Keep asking!

If you want to win as bad as I do you’ll fight til your last breathe.  I have no intention of giving up hope and I know you don’t either.  Your roster is your baby.  You’ve got to nurture it and see it grow into the champion you know it can be.  Never stop working.  Never stop hustling.

Lights will guide you home

And ignite your bones

And I will try to fix you

Follow Brian on Twitter @DrakeFantasy and listen to him every Tuesday hosting “Tuesday Night Hustle” and Wednesday on “WTF! Fantasy Football” podcasts.