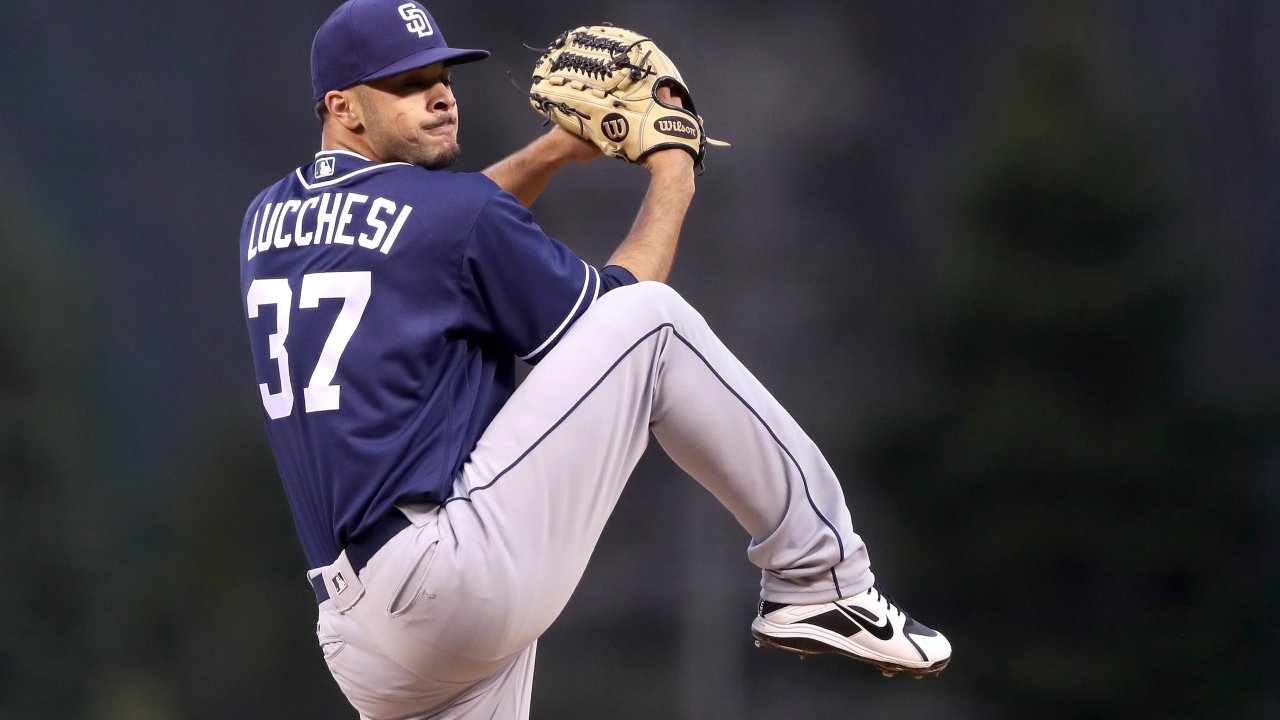 Diving into Joey Lucchesi & The Churve

Diving into Joey Lucchesi & The Churve

A couple of intriguing starting pitchers changed teams in Tyler Chatwood and Joey Lucchesi on Monday. Both guys have several concerns and questions surrounding their profile, but let's dive into Lucchesi a teeny bit. The San Diego Padres sent Joey Lucchesi to the New York Mets in a three-team trade that included the Pittsburgh Pirates. It's important to note that Lucchesi doesn't project to fit into the Mets' starting rotation.

With that said, Lucchesi likely starts in a relief role and provides the Mets with some starting pitcher depth. Unsurprisingly, Lucchesi has an NFBC ADP close to pick 700. So why am I analyzing this guy? Well, it's because I love digging into deep sleepers in case they surface again in the fantasy baseball landscape. With that said, let's dive into Joey Lucchesi as we consider his surface stats, pitch mix, splits, and 2021 outlook.

Joey Lucchesi barely pitched in 2020 since the Padres didn't need him. However, we know he flashes the changeup/curve or the "churve," as some call it. We call it a churve because Fangraphs labels it as a changeup while Baseball Savant calls it a curveball. Lucchesi himself even calls it a churve. Regardless, Lucchesi used this so-called churve as his second most used pitch. We'll mostly analyze Lucchesi's 2019 stats and metrics since he only pitched 5.2 innings in 2020.

Joey Lucchesi faced right-handed hitters a ton more and thus threw 73.8% of his sinkers and 78.2% of his churves against righties. That means opposing teams pack their lineup with right-handed hitters when facing Lucchesi, which isn't uncommon. Another note on Lucchesi - he hardly goes six or seven innings. However, when he does, his ERA and WHIP blow up, which isn't too surprising given the small sample. In 2019, Lucchesi threw 19 innings combined, or 11.6% of his total innings in the sixth or seventh inning.

Next, let's dig into his pitch mix. Joey Lucchesi holds a career 45.7% ground ball rate, but sinker results in a career 50.6% ground ball rate. We'd like to see the sinker have a higher groundball rate when considering other sinker heavy pitchers and their ground ball rates. For reference, Dallas Keuchel, who primarily uses a sinker, boasts a 69.8% ground ball rate. Lucchesi mostly used two pitches with the sinker at 51.3% and the churve usage at 35.1% in 2019. He lowered the sinker usage in 2019 from 63.7% in 2018. Meanwhile, he added a cutter that he used 13.6% of the time in 2019. Lucchesi probably needs a third pitch given the mediocre success with his sinker and churve arsenal.

In 2018 and 2019, Joey Lucchesi ranked 1st with 10.1 inches (2018) and 8.8 inches (2019) of vertical movement on the churve, which means his churve drops a ton. It's a relatively filthy pitch, and thankfully Lucchesi uses it 35% of the time. He recorded 145 strikeouts on his churve compared to 139 strikeouts on the sinker in 2018 and 2019. However, it's hard to rely on any starting pitcher that experiences success with only one pitch.

Lucchesi's release point on his churve varies from the sinker and cutter by 3.6 inches. With that said, hitters could know the churve is coming and potentially lay off it in certain situations. The blue dots below show the release point of the churve. A small detail, but still noticeable. 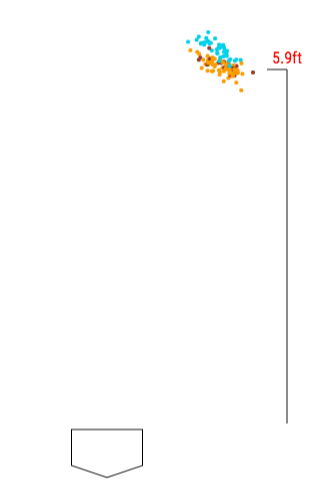 Currently, Joey Lucchesi projects as a swingman that may make the occasional start for the Mets. Hopefully, he uses the cutter more often in 2021 since he probably needs a third pitch. Of course, we'll mention Lucchesi's unique delivery that's deceptive to some extent with the high leg kick and jerky movements. When we compare the Mets and Padres home ballpark factors, Citi Field and Petco Park rank similar in terms of wOBA and home runs with a slight uptick for right-handed hitters, which he'll face often.

Given the lack of innings pitched for starters in 2020, several teams mentioned the idea of using a six-man rotation. That makes sense given the workload bump from 2020 to 2021, especially for some pitchers that logged zero to no innings pitched outside of workout sessions. With that said, it could mean opportunities for Lucchesi to work into the Mets rotation for a spot start from time to time.

Over the past month, Joey Lucchesi holds a 703.53 NFBC ADP. It's okay to laugh a bit at the ADP. He's possibly worth a late-round pick in best-ball leagues or someone to monitor as a streamer during the season. We also need to see if he adjusts the release point on his churve closer to his sinker and cutter. Overall, it seems Lucchesi raises more concerns than reasons for optimism.