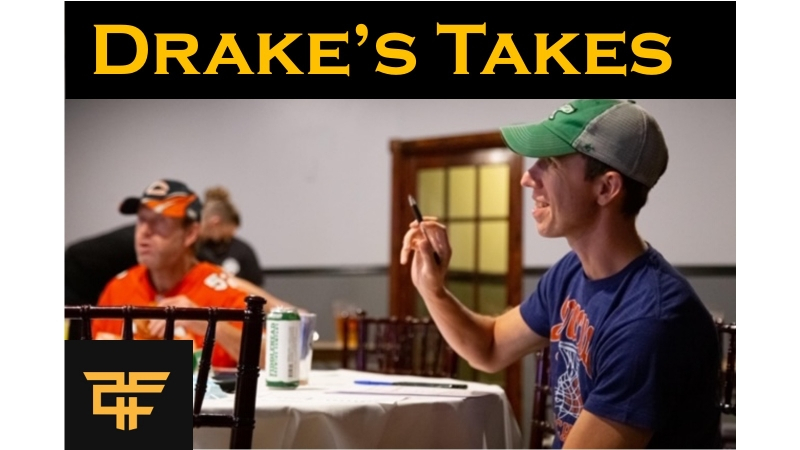 The word of the day on Twitter is “Engagement Farming.”  For those who don’t know, it’s when someone posts obnoxious/generic things to get replies or likes.  The purpose is to get people interacting with your tweets which will hopefully lead to follows.  The more engagement a tweet gets, the more it pops in Twitter’s algorithms.  Again, this will ideally get more eyes on someone’s account.  We’ve all probably done this on some level, and it isn’t exclusive to fantasy football Twitter.

The question becomes, is it a bad thing to sow your timeline with these seeds of annoyance?  The easy answer is no.  People can do whatever they want with their feeds.  You also can block or mute (oh do I love to mute) these accounts.  I look at this differently.  To me the beef between content creators and engagement farmers is simple.  They are the same person.  They all want to be what I call, “Fantasy Famous.”  It’s a term I coined for those in the space who will do ANYTHING for a click.  These are the retweet trains, Mount Rushmore, the ketchup nonsense, pick this or that, choose one of these four, describe this in three words types of content.  Now is it the most thought-provoking, high-level stuff on the interwebs?  Not at all.  But someone probably likes it.  I say that because people respond to it.  It’s marketing in its simplest form.  Make the consumer feel like they are a part of something special.  People all want to feel like they are on the inside.  The Tweeter wants to be part of some perceived Twitter high follow count secret society and the Tweetee (I made that word up) wants to feel like they are connecting to the community/brand.  There is also the tactic of posting something absurd because you know people will respond to yell at you.

The key to engagement farming on the internet is to be wrong about one, mostly insignificant part of your post.

People can't help themselves but to reply in those cases. pic.twitter.com/Dqc4lzQkGk

The content creator purists hate these people because to them it doesn’t take any real-time or talent to do these posts.  They don’t see value in frivolous tweets that aren’t enhancing the knowledge of their followers.  The creators also seek fantasy fame don’t let them fool you.  Their stats and spreadsheet graphics should in their minds lead to followers by the thousands.  But sometimes it doesn’t.  Creating fantasy content that resonates is hard.  Plus there is no shortage of folks entering the space daily.

The best example of success I can use is my friend and partner on the Fantasy Football Hustle Podcast, Dwain McFarland.  When I met Dwain, he had 200 followers.  This was four years ago.  Today he has over 30,000 fans on the bird app.  How did he get there?  Well, besides working his ass off, he found a niche and created exceptional content around it.  He didn’t try and be everything to everyone.  He wasn’t doing schtick.  He never once asked about a condiment.  He simply did player utilization better than anyone else.  The followers and opportunities followed.

Updated the pod center for 2022. pic.twitter.com/bZvyjhyxRA

Now I’m not saying everyone is going to be a success story like Dwain.  Look at me, I have 4,500 followers and Dwain has tagged or retweeted something by me to his fans for years.  Why haven’t I grown to his level?  It’s likely because I’m not doing content that diehard fantasy players are finding as useful.  I’m not someone who at this moment has found his sweet spot.  Shit, last week I did a thread with twenty in-depth stats about playoff teams, it got 11 likes.  Later that weekend a photo of my desk where I do podcasts from got nearly 100.  You never know what is going to take off.  That again is why the creators hate the farmers.  They are getting cheap heat with the lowest common denominator output, while the creator’s thread on rookie catch rates gets scrolled past.

If you want to genuinely grow and ascend in this space, the question to ask is “What would I (or others) pay money for”

Why bring money into it?

Shouldn’t it be about genuine friendships/connections?

So, what matters in all of this?  As Josh Larky tweeted and I agree with him, you should think about what will draw money.  To steal a line from AEW announcer Tony Schiavone, “That's gonna put some butts in the seats.”  In this race for fantasy fame, I think so many are missing the point.  They want to get over with the other creators in the community instead of who matters, the buying public.  If your content is good enough that someone will pay you to work for them, you are doing something right.  You can have 50 followers or 50,000 and the story is the same.  Followers don’t equal good content.  The true Litmus test is if you can generate money either from someone paying you for a podcast or articles.  We need more sites to scoop the talented FF folks who are doing killer work.

Then again maybe you don’t want to be famous.  Maybe you just want to have fun and interact.  That’s fine.  Just know that you can post what you want but don’t be shocked if and when people unfollow/mute you.  Don’t let that bother you.  I sure as hell don't.  Half of you will mute me after reading this.  Some farmers have become “fantasy famous” and were hired by major sites.  Do I still have them muted, you’re damn right because they aren’t my style.  Do I follow everyone who follows me?  Nope.  You don’t need to follow everyone.  Follow those who enrich your feed because IT’S YOUR FEED.  I’m even being a hypocrite by muting vs unfollowing people. 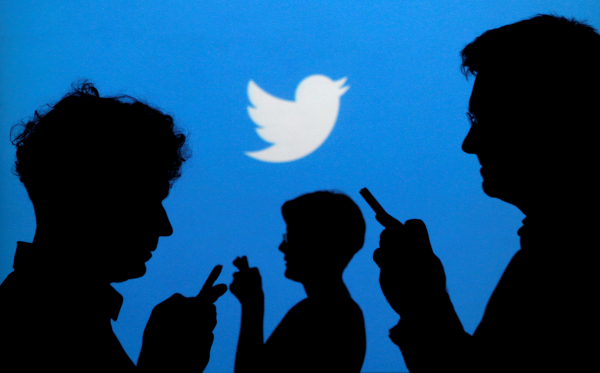 I work with up-and-coming writers at Fighting Chance Fantasy and have seen several go on to paid gigs with sites.  I want to see you grow.  I want you to be the best you that you can be.   Stop trying to be someone you aren’t.  There’s only one Pete Overzet and Mike Clay has his gig locked down too.  You’ll need to find your own lane because of the hard work you put in.  There’s no shortcut.

Will Matthew Berry and Evan Silva follow you back because you tweet stats about first downs?   Probably not (don’t unfollow me, Evan).  Just be comfortable with who you are.  Don’t worry about your follower count or who followed you back (just checked, Evan is still with me), put out the best material you can.  Find your niche and dominate it.  If you are funny, be funny.  If you do songs, go sing.  If you nerd out on data, then break your calculator finding insane stats.  Just do you.  Your farm will grow much more beautiful flowers that way.