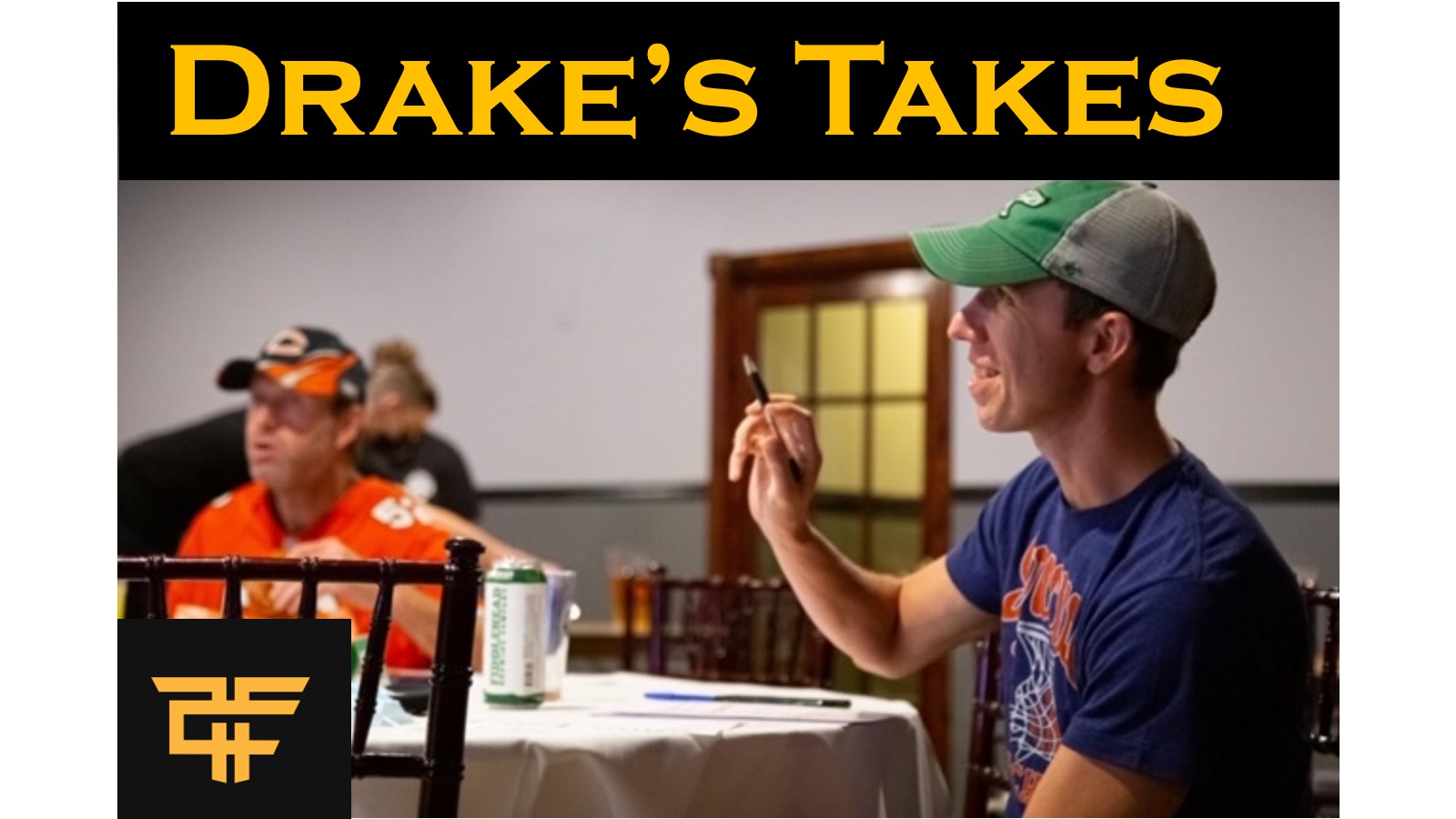 What I’ll do here is give my thoughts on all things football and the world.  It might be season-long or DFS or something going on in my life.  I’m just going to empty the notebook and throw out whatever I’ve come across during the week.

Joe Mixon is a problem for fantasy. He’s not getting the touches we would expect of a back that was just given a $48 million-dollar contract.  He’s super talented but the Bengals staff simply doesn’t want to use him on 3rd downs and in the two-minute offense.  Last season Mixon was a disaster the first half of the fantasy season.  He bested 66 yards rushing ONCE in weeks 1-8.  When the Bengals threw in the towel and tanked for Burrow, they just put the ball in his belly and got back on the bus.  The line is bad, the game scripts won’t be favorable.  Per PFF Joe Burrow was under pressure on 32% of dropbacks on Thursday.  If I’m a Mixon owner I’m testing the waters and seeing what he’ll bring back.

The Jets are a dumpster fire. Word on Friday is Jamison Crowder is out for Sunday’s game vs the 49ers.  They’ll be trotting out:

Yikes.  That’s a horrific set of skill players for an NFL team to be starting in week 2.  The Niners only allowed two receptions to the TE in week vs Arizona.  The matchup isn’t great and even though Herndon plays in the middle of the field where Sam Darnold loves to live, I can’t recommend starting him.

If I’m doing anything with the Jets, it is adding La’Mical Perine as a stash play.  I have a source very close to the team and he expressed to me how many fans Perine has in the building and wouldn't be shocked if they move on from Bell to get Perine work in the second half of 2020. 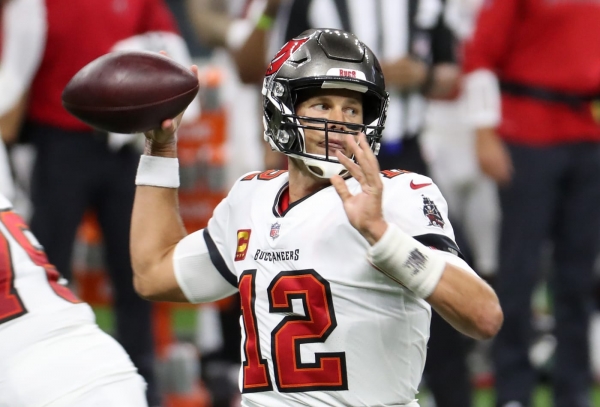 I’m not panicking over Tom Brady and the Bucs offense yet. Rumor has it Chris Godwin may not play this weekend and Scotty Miller is the trendy name to fill in on the outside while Justin Watson could see some time also.  Miller turned his 6 targets into a 5/73 afternoon.  You could so much worse than Miller as a WR 3.  Keep an eye on OJ Howard.  He had 6 targets to Gronk’s 2.  Gronk according to my Fantasy Football Hustle co-host Dwain McFarland is staying in to block more than run routes.  This Tampa Bay line isn’t great so keeping Gronk in as a de facto third Tackle makes sense.  Brady needs to stay upright.

I’ve never been a Ronald Jones fan.  I know he has his stans.  I’m not one of them.  Leonard Fournette is someone I’d be adding or trading for on the cheap.  Is he elite? No.  But he can do what this offense needs.

Amari Cooper reportedly is dealing with a foot issue. These are NEVER good for receivers.  This nugget just popped up on Friday so monitor it all weekend.  This Cowboys offense is going to be productive.  Without TE Blake Jarwin (IR) the ball is going to be funneled even more to these elite playmakers on the outside.  I’m all in on CeeDee Lamb.  If you can get him before he truly breaks out, you’ll be thanking me later.  This kid has superstar written all over him.  Already playing 82% of the snaps and he gets the Falcons trash secondary this weekend.  I’d be sending offers before I finished reading this article.

AJ Brown is OUT for Sunday’s game vs Jacksonville. He was hyper-efficient last year averaging 19.1 yards per reception on only 52 catches.  I’ve been down on him because I frankly don’t believe he can repeat that and I’m leery of Ryan Tannehill.  Could be staring at a multiweek absence for the Titans star WR.  Wouldn't be the worst thing to shop him around your leagues.

The Eagles performance vs Washington was disappointing but not totally unexpected. Philly is 36-17 in games started by RT Lane Johnson.  They are 6-12 without him.  Not only was the best Right Tackle in the league missing but they were playing two guys on the line who have never started an NFL game.  Backup Guard Nate Herbig was a mess.  Mark my words if Aaron Donald lines up against this kid 40 times on Sunday, Carson Wentz leaves in a body bag.

The return of Miles Sanders should help but this team needs to focus on the intermediate pass game.  They completely disrespected the Washington talent and it showed.  Throwing deep time after time with no concern for Wentz taking 8 sacks.  They wanted to show off their new speedy toys and it cost them the game.  When you play predominantly 12 personnel you can take your shots, but you have to dominate the short and intermediate areas.  They failed miserably at this. 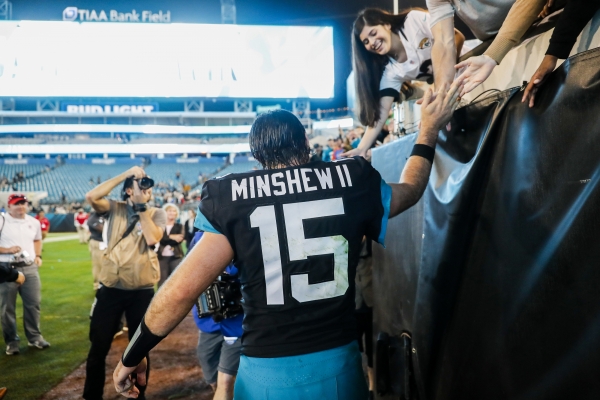 I don’t know people want to hear this, but Gardner Minshew is good. Listening to Greg Cosell of NFL Films he mentioned that Minshew has all the makings of a good NFL starter and the Jags don’t need to tank for Trevor, Minshew is their man.  Greg knows more about football than anyone I’ve ever listened to so I’m going to pay attention to high praise like that.

For fantasy, he can absolutely be a low-end starter in a 12-team league.  He didn’t run much in week 1 (only 11 yards) but it’s in his repertoire.

Speaking of the Jaguars, James Robinson looked great. He averaged 3.8 YPC and showed a lot of elusiveness on his 16 rushing attempts.  I doubt he’s on your waiver wires but take a peek.

Why does everyone love Antonio Gibson but they are scared of Myles Gaskin?

Gaskin is on a bad team.  Surrounded by two other RB’s who get touches.  He was a 4 year starter in college and had over 1200 yards rushing every single year.

Gibson is on a bad team.  He’s surrounded by two other RB’s who get touches.  In his senior year at Memphis he carried the ball 33 times.

There is no reason to buy one and not the other.  Miami and Washington both stink.  Both will be playing young QB’s for the majority of the season.  I’m buying Gaskin merely on speculation and because the coaches have said he fits their plans when they go spread and hurry-up.  What do you think they’ll do when Tua steps in?  Easy add on the wire.

Josh Allen $6700 As the fifth most expensive QB it’s not ideal but the price isn’t egregious.  He owns the Dolphins posting four top 7 performances against them in his four career games vs them.  Two of them were QB1 weeks.  Fire his ass up.

Kyler Murray $6100 We know the Washington defensive line is no joke but they can be had and I expect the Cardinals to stretch them all across the field.  The Murray-Hopkins stack will be popular and profitable.

I love that Melvin Gordon ($5200) is the only game in town for Denver but playing the Steelers scares the crap out of me.  Pittsburgh allowed Saquon Barkley six yards.  SIX.  The price is great but I’m not touching him.

Mike Evans ($6400) without Chris Godwin in a pissed off Tom Brady game.  Yup.

Parris Campbell ($4500) gets a Vikings secondary that got rid of last years inept corners for younger, even more inept corners.  No Jack Doyle or Michael Pittman either.  Let’s go!

I know Chris Herndon ($3400) is cheap but this game could be ugly and the 49ers know he’s the only game in town.  Love the player, hate the spot.

Jonnu Smith ($4200) Titans just lost AJ Brown and don’t have a whole lot else.  This one is easy.

Logan Thomas ($3600) Led the team in targets in week 1 and like Smith this offense is in dire need of anyone with a pulse. Probably will be chalky due to price.