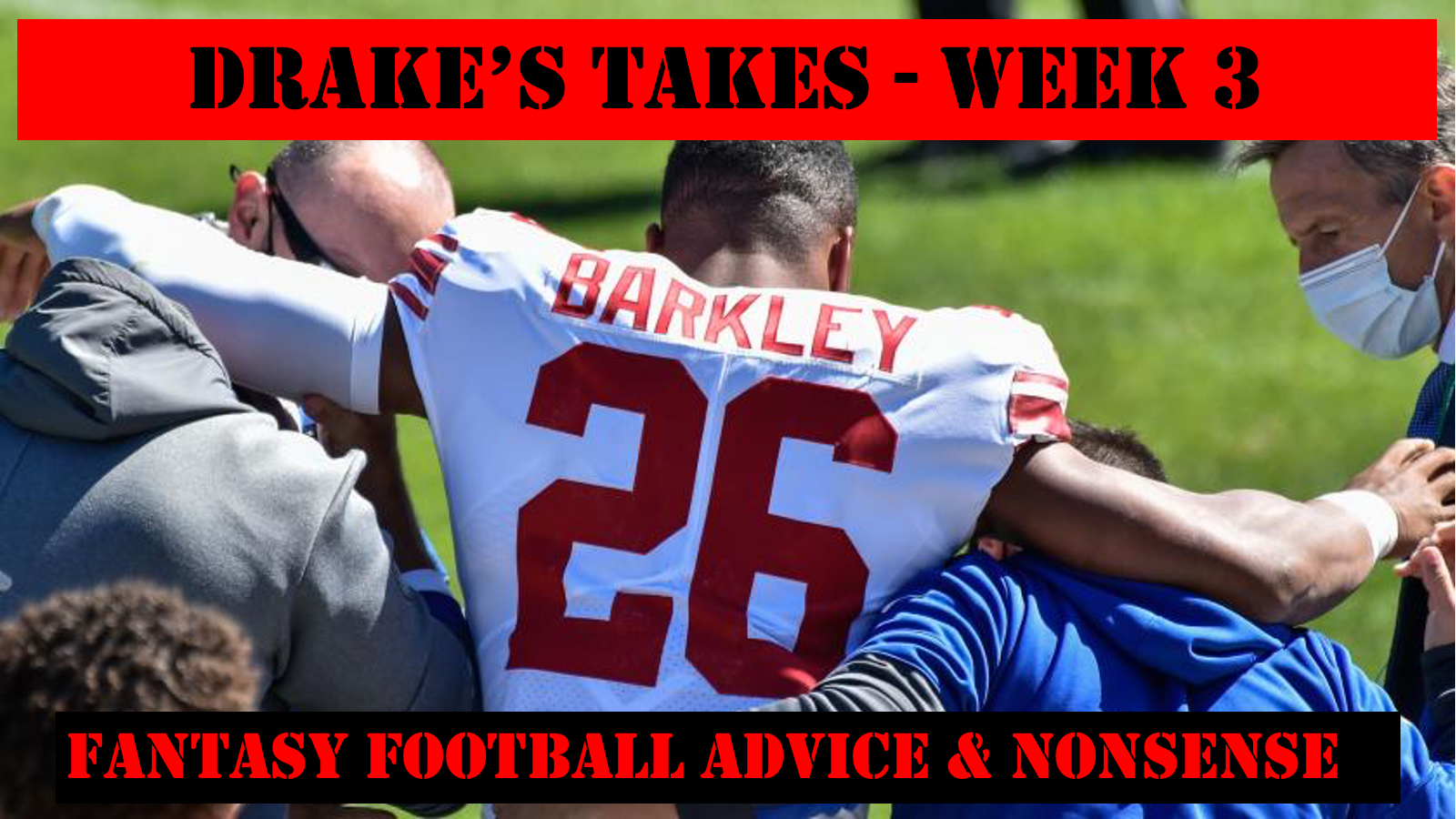 Week 3 is already here.  Wow.  We’ll blink and it’ll be Thanksgiving.  Hopefully, your squads are holding strong despite the incredible amount of injuries.  Here are my thoughts on the league.

Having an island game can be a great thing for a player.  Finally, the world can see you displaying your talents on a grand stage.  Such was the case this week as James Robinson and Myles Gaskin showcased themselves for their fantasy owners.  Let’s not kid ourselves, nobody watches the Jags and Dolphins.  This is the first time outside of a highlight you’ve seen either guy.

James Robinson looked like, well a lead back.  His 46 rushing yards and two touchdowns along with 6 – 83 receiving made owners feel smart for adding him to their rosters.

Myles Gaskin while less spectacular was respectable.  In a half-point PPR league, he scored you 12 points.  Last week he scored you 11.20.  There is NOTHING wrong with that.  Is he going to win you your league?  Probably not.  But I’d rather have a guy getting 22 carries and 5 targets as he did last night over a timeshare back who you pray falls into the endzone.  Miami has better weapons than Jacksonville also.  If the Dolphins run 11 personnel they have Parker, Williams, and Gesicki spreading the field.  I’m not saying go out and get him to plug into your lineup but with injuries mounting and bye weeks coming he’s a fine player to have on your bench. 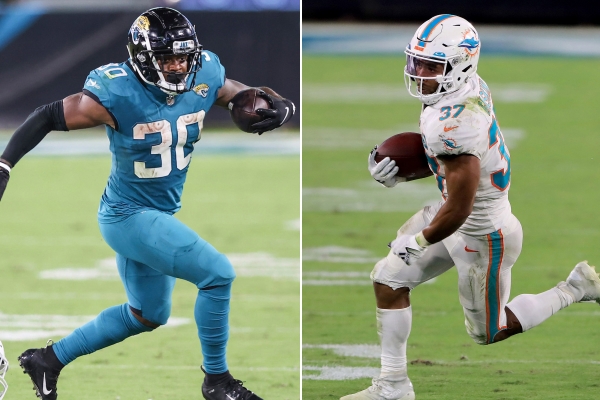 Why are people trading for James Robinson today?  My Twitter timeline was flooded with people asking what they should give up for him.  Are you serious?  This is wrong on so many levels.  First, he just played Thursday and you can’t process a trade until next week.  Meaning he’s no good to you now.  Relax.  Also, why are we buying a guy at his ceiling?  That’s not smart business.  Buy him after a dud week not when he scores 30 fantasy points.

Minshew Mania sure had the national media’s attention on Thursday.  Everyone on the NFL Network pregame show picked the Jaguars to win.  This team though was missing it’s best wideout, DJ Chark, and outside of Robinson had nobody to help move the chains.  We all love rookie Laviska Shenault but he’s not being treated as anything other than a gadget type in this offense.  Let’s slow our roll on the second coming already with this Minshew kid.

With rookie Zack Moss sitting out Sunday I’ve seen everyone hyping Devin Singletary.  Let’s go down this road again, Josh Allen is the goal line running back.  If Singletary gets a carry on 4th and goal from the 1 it would cause the Earth to spin off its axis.  Popular DFS play for some, I’ll just pass on him as I always do.

If you own Julio Jones or Davante Adams you probably want to find a replacement.  Both are dealing with hamstring issues.  Be proactive.  Go find KJ Hamler, DeSean Jackson, or Michael Pittman on your waiver wire.  If somehow Russell Gage is available, how was he not added after reading this site and listening to the Fantasy Football Hustle podcast?  Secondly, go add him!!  Players always want to play and sometimes they’ll get the green light to suit up and be a decoy.  I’m not playing either guy this weekend.  Too easy to re-aggravate the hammy.  Let’m rest.

Michael Thomas and Christian McCaffery are out with injuries.  They are leaving massive first-round holes in someone’s lineup.  This might be a good time to throw an offer out there if you are 2-0 and have great depth.  If you can flip a pair of players for either guy it could pay off with a title come December.  Fantasy is a win-now proposition and owners hate seeing L's mount up.  Be aggressive.  Play to win.

Speaking of trades here’s a tip.  If you have a player on your bench and are trying to shop him around, put him in your starting lineup.  Your lineup doesn’t lock until game day.  Nothing wrong with making him look like a starter to your league mates.  Often times I hear “Why would I want him if you don’t even start him?”  This makes it look like you do.  It’s all about selling the player.  The best looking car on the lot will get sold before the dirty one with a cracked windshield.

There is a fantastic slate of games this weekend.

There was a time not to long ago when we didn’t have sports in our lives.  Sit back, relax, and enjoy what should be a tremendous weekend of NFL football.

In a GPP it’s going to be trendy to throw a dart at one of the Kansas City WR’s replacing Sammy Watkins on the Monday slate.  Mecole Hardman ($3900) and Demarcus Robinson ($3400) just need one play to hit and turn your lineups green.

Joshua Kelley for the Chargers should be a popular GPP cheap RB at $5000 but has a great chance at scoring and getting 3X value.

Will Fuller ($6000) shouldn’t catch much ownership vs Pittsburgh.