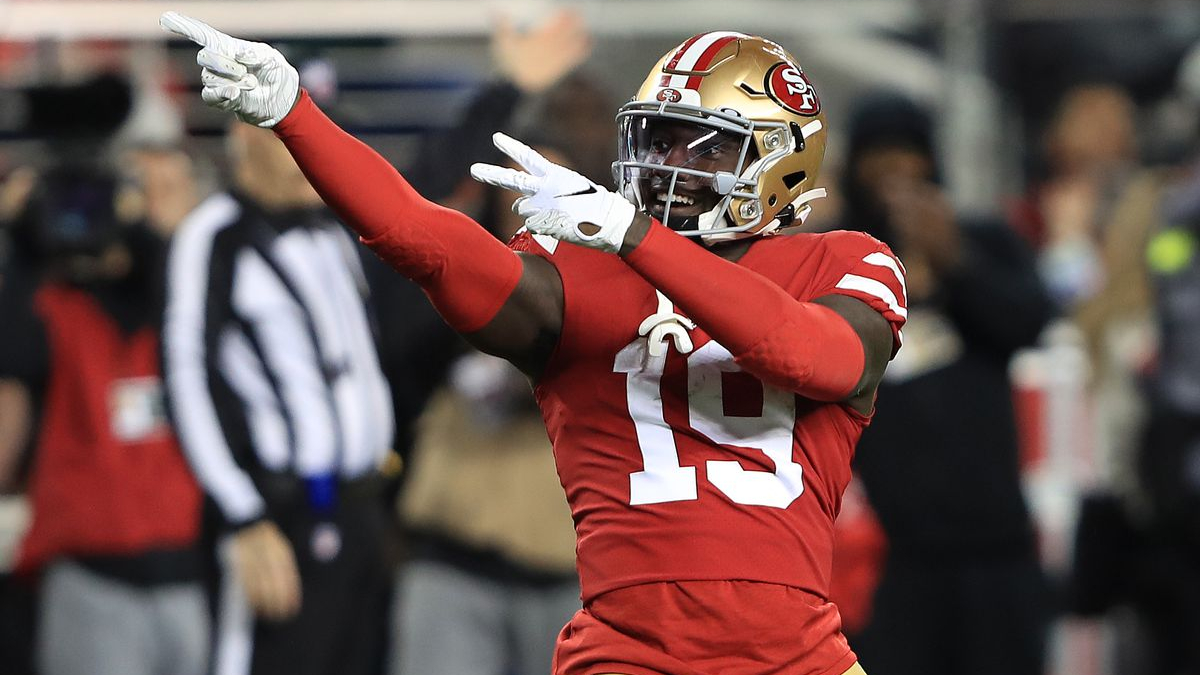 When fantasy players decide to take the next step and dive into a dynasty league, there is one motto that all dynasty managers should live by, and that is by the lyrics of the late great Kenny Rogers’s classic The Gambler. You go to know when to hold' em and know when to fold' em. One may think that fold’ em may imply getting rid of players that are not producing for your dynasty teams but I like to interpret it as selling high on players to get the max in return while there is hot buzz on a certain player. Below you will find several players that may be worth your while to put out some feelers in your dynasty leagues to see if you can cash in and maximize on a great return with their current value.

Over the last two months one of the hottest running backs in the league has been Devin Singletary. To close out the regular season Singletary averaged 20.7 PPR fantasy points as he took over the Bills backfield. Singletary continued to produce in the playoffs as he rushed 26 times for 107 yards and three touchdowns, to go along with seven receptions for 38 yards in two games. Nothing is guaranteed that Singletary will get the same amount of usage next season, as the Bills will sure look to bring in some talent to compete for touches in the backfield. Regardless, since the running back has shown in the past that when given the opportunity he can be a productive fantasy player for dynasty teams, now may be the time to sell high to see if you can get a possible late first or early second rookie draft pick from a dynasty manager that is in need of some running back depth.

Devin Singletary this season (including playoffs)

Now I know that I may need to get my head examined for this one but this may be the highest selling-point moment for Austin Ekeler. He was able to finish as the RB2 in fantasy football by averaging 21.8 PPR fantasy points per game. Ekeler was fairly healthy all season long for a change and only missed one game this season. The only game that Ekeler failed to provide double digits fantasy points for dynasty managers was when he only had 10 touches for the game versus the Ravens. The Chargers running back is in the prime of his career being 26 years old and if you are in need of a WR1 or looking for multiple rookie draft picks now is the time to put Ekeler out on the market to see what kind of hull you can bring in. Who’s to say the Ekeler won’t revert back to having those nagging hamstring injuries that made him questionable on a weekly basis in previous years. Furthermore, his 20 total touchdowns in 2021 is sure to regress next season.

Running backs who averaged the most receiving yards per game this year:

If you think back to this time last year James Conner, was a free agent as the Steelers let him walk and they did not attempt to re-sign the often injured running back. The most games played by Conner prior to this season was 14 games, and that was when he was a rookie. Coming into this past season after signing with the Cardinals, Conner was thought of as being a running back that would split carries with starter Chase Edmonds. Fortunately for Conner, the running back received a huge boost in touches due to Edmonds suffering a high-ankle sprain causing him to land on injured-reserve for four weeks. With the door wide open to receive all the running back touches, Conner capitalized on the opportunity and took over as the RB1 for the Cardinals for the rest of the season. Conner ended the season as RB8 in fantasy leagues by averaging 17.3 PPR fantasy points per contest. Now this was aided by astounding work in the Red Zone. The running back compiled 15 touchdowns this season, and will have some touchdown regression next season. Try to onload Conner now while you can, because he is a free agent and he may play elsewhere next season. Dynasty managers should be able to get at least a second round rookie pick or quality player at another position of need.

Most rushing TDs in the red zone this season

Let me first start off by saying that I am a huge Deebo Samuel fan. Samuel has proven time and again that when he is healthy he is a straight up STUD! This year Samuel had a career year by compiling 77 receptions for 1,405 yards and six touchdowns, but wait there's more.  This season due to multiple injuries in the 49ers' backfield, Samuel was unleashed as a running back for a few carries per game and rushed 59 times for 365 yards and a remarkable eight touchdowns. Wowsers! There are a couple of reasons that I’m putting Samuel on the list. For one Jimmy Garoppolo seems to be on his way out as quarterback for the 49ers and who knows what kind of rapport Samuel will have with Trey Lance. Additionally, Samuel could be heading for some serious rushing touchdown regression and has been known to be nicked up with injuries from time-to-time. Ultimately, if you are a Samuel owner you're sitting in a great place right now. If you decide to hold the stand out receiver you may have a cornerstone piece for your dynasty team for years to come. If you decide to sell Mr. Samuel, you may acquire multiple pieces for years to come. The choice is yours. Dynasty owners should be able to get possible multiple first and/or second round picks, or picks and position needs of your choosing.

From Week 13 on, Amon-Ra St. Brown was a target monster. In that six game stretch, St. Brown was targeted 11.2 per game. During this span, St. Brown totaled 51 receptions for 560 yards, and five touchdowns. Now the question is why would anyone want to unload a player that is producing numbers at this rate. One would say that the talented wide receiver proved that when he receives plenty of targets he can provide excellent fantasy production with the best of them. But that right there is the main reason why he took off in the second half of the season. St. Brown had no competition for the Lions’ target share in the second half of the season, especially after T.J. Hockenson was lost for the season due to a hand injury. With the Lions surely to delve into the well and bring in some more offensive weapons and Hockenson to be back to full strength for 2022 look for the St. Brown’s target share to take a hit making it the right time to sell on the wide out. You may be able to pry a late first or early second round rookie pick from a league mate right now.

Now comes the ultimate sell high player, Mr. Gabriel Davis. When a player goes off for eight receptions for 201 yards receiving, and four touchdowns in one game that will definitely turn some heads. With Stefon Diggs garnering all of the Chiefs defensive attention, it opened the door for Davis to have a career day in the postseason. For the season Davis exhibited on occasion when he was given the opportunity to make big plays he usually did. Unlike the previous two receivers mentioned above you will not be able to get the same type of return if you try to sell Davis right now. If you can turn around a player that you surely picked up off waivers early this season and turn him into a second round rookie pick, sign me up for that every day of the week. Remember a good selling point is to tell interested league mates, is that Josh Allen is throwing Davis the ball.

Don’t look now but Dalton Schultz ranked fourth in PPR fantasy points in 2021. That’s right Schultz was the TE4 this past season. When I saw that I had to pinch myself because I must be dreaming. The tight end had only five games where he scored under double-digits points for fantasy managers. Schultz averaged 12.3 per contest and racked up 78 receptions for 808 yards and eight touchdowns on 104 targets. One of the great selling points on selling Schultz  now is that he is an unrestricted free agent right now and at this point no one knows if he will return to Dallas next year. So you may catch a fellow dynasty owner sleeping on that fact. If Dalton is to return next season he will once again have to battle with Amari Cooper, CeeDee Lamb and the other weapons that the Cowboys have. Schultz also received a great amount of targets when Michael Gallup landed on the injured reserve list. You may be able to snag a second round rookie pick or quality young player of need if you can find a dynasty owner who is desperate for a tight end.

But I think the #Cowboys would be wise to let him walk + look to the draft for another TE.

This is a good and deep TE class.

Hopefully, you can make some great deals to better your roster. Please let me know what players you think are some players to sell high on. Be on the lookout for some players to buy low on coming soon to Fighting Chance Fantasy.

If you would like to further discuss this or have any dynasty and fantasy questions feel free to reach me on Twitter @smooth1074.