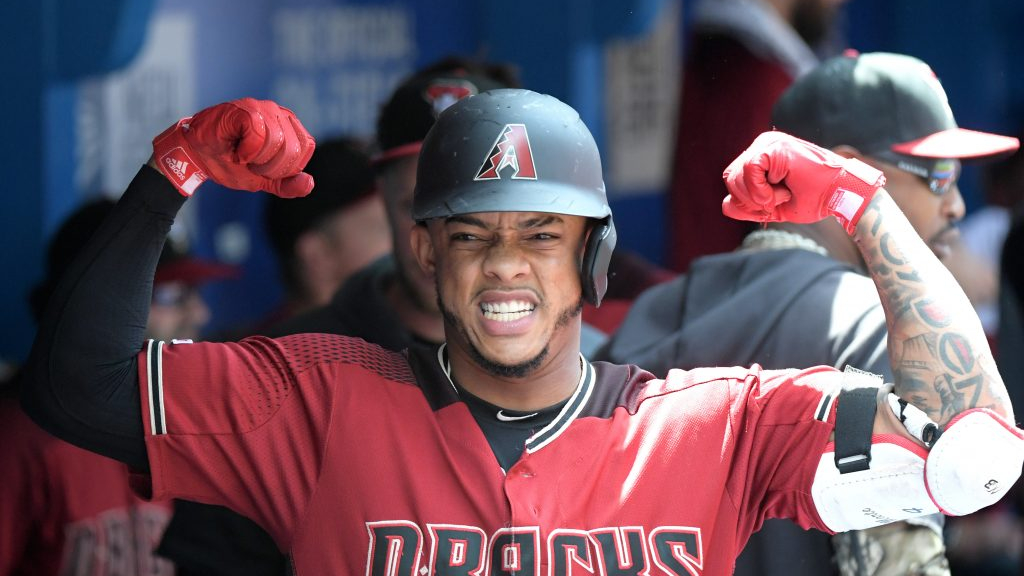 Early, Mid, and Late Round Values: Second Base

Early, Mid round, and Late round picks, by Position: Second Base

For this series of articles, I’ve been covering players that I like based on their values relative to where they’re being drafted. For the ADP being referenced, I am using NFBC data, from March 11th on, to alleviate some of the news received after the lockout, like some of the injuries (Tatis, Wheeler, and Flaherty to name a few) or trades that have transpired. I’ll also be splitting this up into two sections, players for points leagues, and players for roto or category leagues. I’ll be taking three of each. One player in the top 100, one player after pick 100, and one player past pick 200. This gives you multiple options, one of which can be a primary target, one to be a mid-range guy who’s a nice fallback, and one who you can take past round 15 as the backups backup plan.

Second base is going to be a lot different than in years past. There is a lot of second basemen that you can use in each format. There are also a lot of multi-position eligible players to use. Out of the top 12 second basemen in ADP, only four of them are not multi-position eligible, and they’re all going in the top 100 picks. This makes for the likelihood that you’ll have more than one second baseman not only on your roster this year, but in your starting lineup as well. We’ve never seen second base as deep as it is this year. Only one second baseman is going in the first round of drafts, and that’s Trea Turner, who happens to be going first overall in most leagues. There is a ton of talent available late in the draft, so if you’re waiting on drafting a position, this would be the one to wait on.

For roto, there are quite a few players I like that can provide help in different categories. Steals are getting pushed up a ton, but there are some decent contributors available after pick 150, they’re not going to be 20-30 steal guys like the players going in the top 100, but they could be a nice source for 10 plus steals. Past that there are multiple guys I like for batting average boosts too, and there are some sneaky power guys there too. This position is so deep, and your odds of getting a player who will return positive value is phenomenal here.

Because the position is so deep, there are also a ton of players who are good for points leagues. Players who don’t strike out are valuable assets for points leagues, because that and caught stealing are generally the only negative points for players. The rankings really get shuffled a ton at second base when converting from roto to points leagues, it makes for very interesting rankings and just how different the players will be the further down the list you get.

It was difficult to pick just one guy here, from picks 72 through 76 five of the players taken are second base eligible. Those players are Jose Altuve, Brandon Lowe, Jorge Polanco, and Marte, in that order. I like Lowe a lot here because he has by far the most upside in the power department of all four of these players. He mashed 39 home runs last year, providing 198 combined runs and runs batted in, with a .247 batting average, and even chipped in seven steals. His plate discipline is solid, but there is a decent amount of swing and miss in his profile, but in roto, it won’t hurt his value. I love Lowe as a repeat producer at this price tag. Here's Lowe hitting his first home run of the spring thus far.

As I mentioned when talking about Lowe for roto leagues, the four second basemen from picks 72-76 are phenomenal value. The group of players screams profit, and Marte has the most upside of them all. While he’s not going to get you the steals we thought he may get you at one point, he’s certainly going to provide a great batting average, and plus power, with good run and runs batted in production. His hard-hit rate is great, his xBA is elite, he rarely swings and misses, and doesn’t strike out much. He makes for a phenomenal value, whether you play him at second base or the outfield. Take a look below at Marte's statcast page, there is a lot of red there, showing his great expected stats. 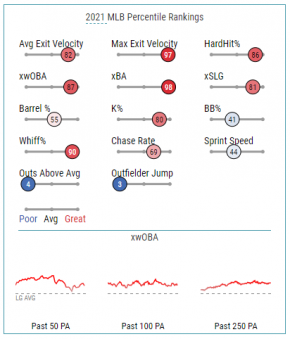 Boring but productive, Wong is a guy who will sprinkle in a little bit in every category. In 116 games last year, he hit 14 home runs and stole 12 bases. So a 15 home run, 15 steal season is definitely in his range of outcomes. Wong rarely swings and misses, being in the 85th percentile in all of the big leagues in whiff rate, this plus hitting leadoff for the Brewers should get him on base a good amount, where he’ll continue to try and swipe bags. Wong is a player who can potentially steal 20 bases, while not hurting you in other categories at pick 194. Don’t overthink it, play the format and reap the profit of a player who should finish in the top 125 overall players. Here's a clip displaying Wong's plus speed, as well as his excellent base running savvy.

Muncy’s 14% walk rate gives him a massive boost in points leagues. The only concern is injury, but from my understanding there’s a good chance the Dodgers use him a little more as a designated hitter this year, opposed to him bouncing around the infield like years past. Since joining the Dodgers in 2018, Muncy’s worst walk rate in a season is 14%, has not had fewer than 35 home runs, and has not provided less than 150 combined runs and runs batted in. That’s elite-level production, the main concern here is a chance at re-injury, but as long as he’s playing DH or first base, I’ll gladly take the risk. He ranks as a top-seven second baseman for me in points leagues. Take a look below at Muncy's statcast page, he's excellent for the points format, and as long as the elbow is healthy, he should be an easy top-five second baseman. 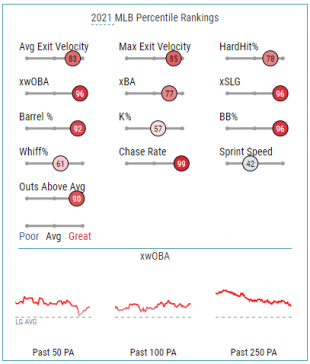 Lux screams out post-hype prospect to me. He’s immensely talented, and hopefully, he gets a chance to play every day with Trea Turner playing short and Chris Taylor filling out a super-utility role. There are multiple scenarios in which Lux gets thrust into an everyday role. That being said as of today, it’s looking like he’s on the outside looking in for everyday playing time, but I wouldn’t bet against him. Lux has solid plate discipline, is above average in whiff rate, and is 94th percentile in sprint speed. These three skills combined lead to a player who should be able to steal a lot of bases as long as he’s presented with the opportunity to do so. Still only 23 years old, look for Lux to get his crack at major playing time this year. Here's Lux absolutely belting a no doubt go-ahead three-run home run in the bottom of the 8th inning to take the lead.

Boring producers are money in points leagues, and there is not a more boring producer in the majors than Adam Frazier. He doesn’t hit the ball hard, but he also rarely swings and misses, for points leagues that is a huge advantage. He’s more of a deep league, steady Eddie contributor, but overall he’s a nice player to pair with a high variance player like Brandon Lowe. He should be an everyday contributor in Seattle hitting near the top of their lineup. His high contact rate, along with his ability to not strike out makes for a top 15-20 player at the position. With second base having a lot of guys you can take upside shots on, Frazier is the perfect guy to pair along with them to ensure some safety with one of your last picks. Frazier may be my favorite player to draft at second base due to the safety he provides. Below is Frazier's FanGraphs page, is it boring, sure, but it shows the consistency he has provided through his career so far, outside of the shortened 2020 season which I'm not putting much stock into.