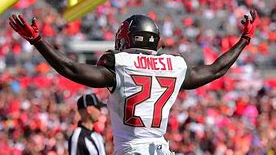 If you are planning to draft early this summer there are several players you should be targeting that likely will cost you more as the fantasy season nears.  I do multiple drafts each year and prefer to spread them out over the course of the summer.

The downside of early drafts is that the competition is usually pretty stiff - many hardcore players are drafting early.  The upside is low ADP on a specific list of guys.  It is also a time to utilize news cycles to your advantage.

Here are a few of the players I will be targeting most in early summer drafts:

1.  WR Tyreek Hill - You can currently get Hill in the 6th round of PPR drafts.  Here you are simply using the current news cycle to your advantage.  Hills' value is already rising (have seen him go as high as 3rd round in a mid-stakes draft) due to the district attorney's office stating that the investigation is not ongoing.  The NFL still has to rule on this and Hill could very well be suspended, but if not his value will surge back into earlier rounds.

2.  RB Todd Gurley - Fantasy Football Calculator has Gurley going in early round two, but in real drafts, I have seen Gurley consistently slip into the late 2nd round and sometimes even into the early 3rd round.  I am not passing him at that point.  Even if you take away 20% of his usage he will be worth that pick.  This will likely correct itself as more typical drafters begin firing up their picks in August.

3.  WR JuJu Smith-Schuster - One of three young WRs that is a lock to top 160 targets with an upside for 200.  From a volume perspective, he belongs in the same tier as DaVante Adams and DeAndre Hopkins.  You can currently grab this target monster in the mid 2nd round of drafts.  I have even taken him at the end of round one.  As fantasy drafters take more notice of his high floor I expect him consistently be drafted ahead of assets with more questions like Dalvin Cook and Nick Chubb.  You could argue he belongs above Le'Veon Bell, Joe Mixon, and Odell Beckham Jr. and I probably wouldn't push back.

4.  WR Sammy Watkins - This is a similar situation to Hill but playing the opposite side of the coin.  If Hill gets suspended I expect Watkins value to rise.  Currently, you can get him in the 5th round where guys like the Rams receivers are going.  This is the potential #2 target for Patrick Mahomes and also a guy that has untapped talent.  His floor is lower, but his upside is higher than any Rams receiver if Hill is missing from this offense.

5.  RB Josh Jacobs - I believe Jacobs will separate to the top of the RB tier consisting of guys like Derrick Henry, Leonard Fournette, Kerryon Johnson, and Sony Michel once folks see him in the preseason. He will be less game script dependent than Henry and also will get more receiving work.  Michel has knee issues and the Patriots always deploy a committee.  Fournette is the most comparable because of his role, but injury risk is a tiebreaker.  You can currently select Jacobs at the 3rd and 4th round turn.

6.  RB Ronald Jones - I can hear the moans from readers already, "Ronald Jones stinks."  Remember, he was a rookie last season.  It is too soon to bail on a guy you can get in the 8th round that could get 250 touches in an offense.  The Buccaneers didn't draft anyone else.  Peyton Barber is a solid back, but Jones is the guy I want to put my chip on due to his big play upside.  This is a player that could jump all the way up into the 4th round of drafts by August if the news is positive.  Pounce now while this is a well-priced risk.

7.  WR James Washington - Similar to Ronald Jones, this is a young player that a team spent decent draft capital on in the previous year with a big opportunity.  It isn't like Donte Moncrief hasn't had his chance with a good QB before (Andrew Luck) and Diontae Johnson is a rookie.  Washington has a real shot to claim the #2 passing role in a fantasy friendly offense.  You can currently get him in the 10th round.  If he starts training camp with the ones he will move into the 7th and 8th rounds of drafts.

8.  Vance McDonald - Another Steeler makes the list.  I am 100% okay with it.  Jesse James is gone.  If McDonald just usurps 80% of that role plus his old one he is a lock to be a top-six fantasy TE.  If he takes on those targets plus a little of what Antonio Brown left behind, watch out.  You can get McDonald in the mid 7th round currently.  I expect his ADP to creep closer to Evan Engram and Hunter Henry in the 6th round as the summer and drafts heat up.

9.  WR Geronimo Allison - He opened OTAs as the leading slot option for the Packers.  Allison was on pace for 64 catches, 970 yards, and six touchdowns before his injury last season.  Where James Washington carries great upside, Allison is a player that provides some upside and a good floor.  I expect him to post similar numbers to WRs currently going in the 5th and 6th rounds.  You are getting that production at a two to three round discount in the 8th and 9th rounds.

10.  WR Albert Wilson - This is a player often not being drafted that I find myself nabbing with a late pick every time.  He is the player most likely to fill the Julian Edelman role in new offensive coordinator Chad O'Shea's offense.  Wilson was showing the league what he was capable of last year before getting injured in week eight.  News just hit yesterday that he is now 100% healthy so I expect his ADP to begin to rise soon.

Remember, this list is about taking advantage of the current news or views on players.  I typically draft 15 to 20 teams so I want to take advantage of market inefficiencies as they present themselves.  Similar to buying stocks when the market dips.  It doesn't mean that all of them will work out.

As the summer moves on this list will change as ADP and value intersect or flip-flop for some of these players.  Then you will adjust your strategy to find new market inefficiencies.

If you are only drafting one or two teams you must decide how to best utilize this information based on your risk tolerance.  If you are more risk averse just avoid Gurley and Hill for more known commodities and then take some swings on the later round upside guys.