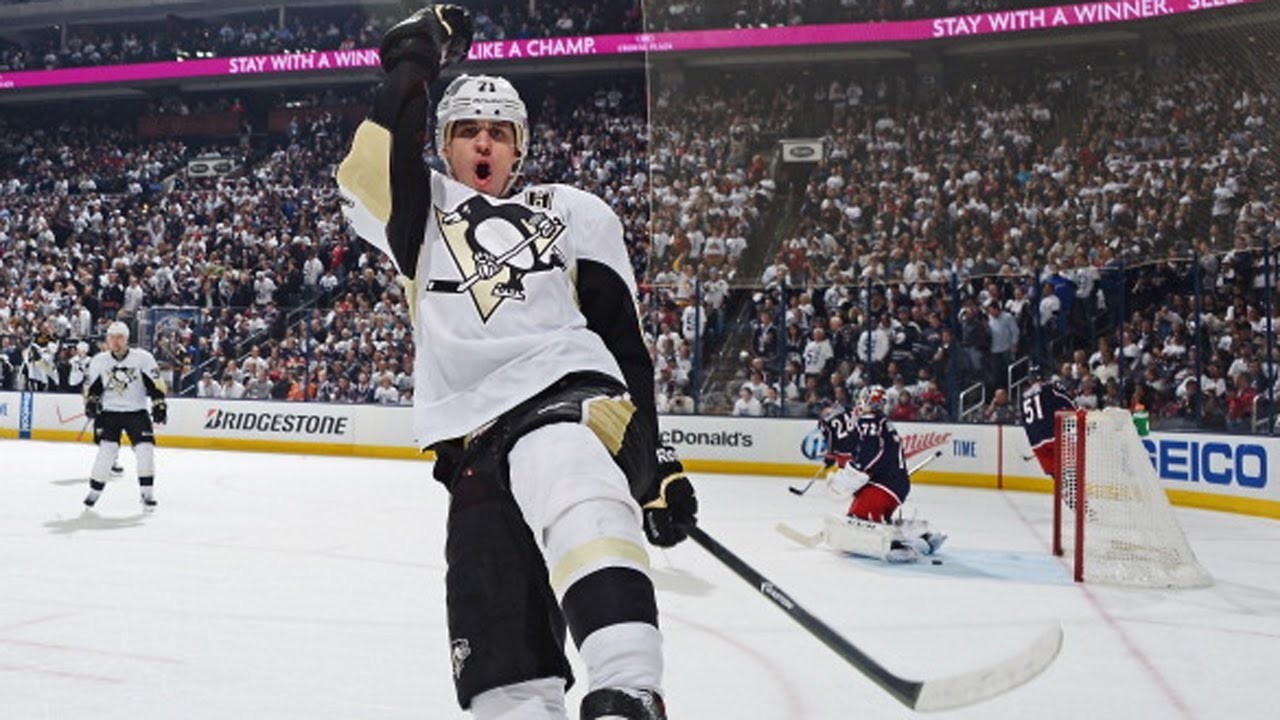 Well the defending Stanley Cup champions took care of business last night by outscoring Columbus in a 4-1 decisive series win.  Keeping their foot across the throat of the enemy though is something the Penguins had better practice as they progress.  Pittsburgh got a very quiet 11 points from Evgeni Malkin and excellent scoring support from Phil Kessel, Sidney Crosby, Jake Guentzel and Bryan Rust.  Columbus though has no reason to hang their heads, I’m sure they never planned on a 103 point season, and will grow from this experience.  With such a young core of studs, and my vote for the Calder Trophy Zach Werenski on the back end with Seth Jones, the Jackets will be just fine.  Columbus isn’t where they were without Werenski, Patrik Laine played with superb line mates, and Auston Matthews, while awesome disappeared for stretches and gets wiped off because of his rookie teammates Mitch Marner and Willie Nylander putting up equal numbers.

Pittsburgh though needs to not get complacent with the lead and allow teams to sneak back into games, because Columbus exposed a very thin defense that needs this time get all get on the same page.  Elite scoring will only carry you so far until you run into that buzz saw defense that will shut them down.  Losing Kris Letang really hurt the Penguins, and I was impressed with what they accomplished without the top puck moving defenseman in the Steel City.  It just sucks that they if Washington can survive the rookie laden Maple Leafs, a Penguins/Caps series is in the second round instead of a Conference Final.

Now to that Capitals/Maple Leafs gun fight, I feel that that Caps also need to also keep that boot across the throat of thy enemy, sorry about the graphics, but I’m a Marine and we keep the boots down, and Washington, with all that great defense needs to do the same every night.  Otherwise, we have the Caps going home in the second round again to the Penguins, and Alexander Ovechkin again gets outdone by Sid the Adult.  Speaking of Ovechkin, play him more than 15 minutes a game Trotz!  Are you telling me Lars Eller is who you want on the ice at the end of the game?  The top two lines for Washington need to be pushing 18-19 minutes a game, to keep the pressure on the Leafs, instead of playing the third and fourth lines and laying back to try and be safe.

Tonight the Ottawa Senators should put the Boston Bruins away at home, and this series has been a defensive battle with excellent goaltending from Craig Anderson.

While the super Swede Erik Karlsson’s legend had grown with each 100 foot saucer pass to a breaking forward. With a 1.95 Goals Against Average and .917 Save Percentage, Boston is having a hard time converting on generated shots.  Each game in the is closely fought series has been decided by one goal and two have gone on to overtime, so expect more of the same for two teams that are really evenly matched.  Boston though is missing Torey Krug, whose puck moving and power-play leadership is sorely not present.

The goaltenders dream series has New York Rangers up 3-2 and returning to Madison Square Garden Saturday to see if they can finish off the Habs.  The Rangers though have been much better on the road in these playoffs, so I’m not expecting Montreal to go quietly away in the night.  Hopefully this series goes seven games and my playoff beard gets so annoying to my wife she tries to shave it at night. New York took game on in Montreal then lost game two there, then came home and split with the Habs again.  Game five went to New York in overtime up in Montreal with some real smart fundamental plays by the Rangers on their drives to the net to get the winner past a sprawled Carey Price.

Pittsburgh gets to rest up now before their next match-up in defense of their Stanley Cup. Either Toronto or Washington, and I feel the Caps got some swagger back after a game four win up at Maple Leaf Gardens.  Tonight is game five in the nation’s capital of the United States, where hopefully the Caps can right the ship and send the kids home.  Mike Babcock may be behind the bench, but he is the Captain of the Maple Leafs and I am really looking forward to a return of hockey dominance for the Leafs Nation and faithful.

Be sure to reach me @PolkaPat to talk anything fantasy and head to Mastersball.com to read about the Western Conference.