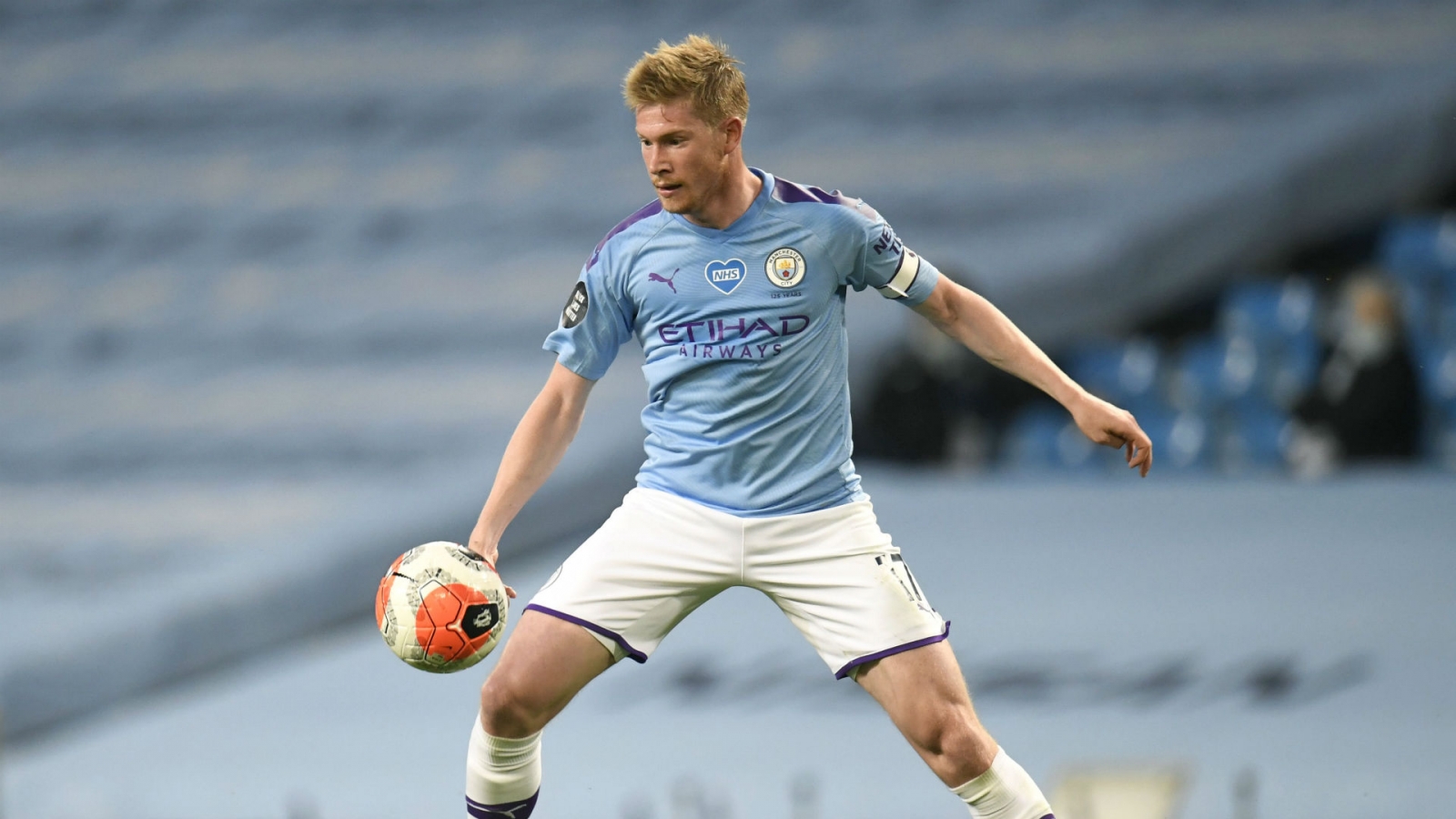 There is a big weekend of EPL ahead, and it starts with a three game slate on Saturday. We begin with Man City v Fulham, closely followed by West Ham v Man Utd, and we wrap up a cracking day with Chelsea v Leeds.

The first thing to say is in fantasy points terms, there are plenty of elite players involved in these games and it will be no easy feat to pick a winning slate, but hey that’s why they pay me the big bucks lol.

This game on paper looks like a solid home win, and even though Fulham won at Everton, they will find Man City a different proposition. This is likely to be very one sided and most of the possession will be with the home side. Man City is a team who is relentless at going forward, so there is a strong case for at least one of your slates to have the maximum 4 players from Man City in them.

No slate though should be without Kevin de Bruyne. The only negative there is he will cost you $23 of your $100 budget, but he is worth it, as just like a real team, this manager will be building his slates around his top man. 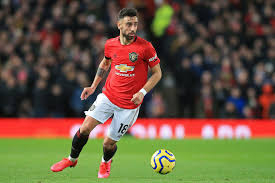 Bruno Fernandez is a great play, but how many stars will you fit in your lineup?

The problem I have with both these teams is that you never know what version of each team will turn up, and the result looks too close to call. Bruno Fernandes for Man Utd is consistent, though $22 is what you have to pay to include him in your slate. Can you get him and De Bruyne together? Well yes, but the rest of your team will have to be made up on the cheap. West Ham doesn't really have any superstars but if you are looking for value, then Thomas Soucek is worth a punt at $13.

A great match up to finish the day as Chelsea is flying high and Leeds are grafted and also very exciting to watch, so we should see some fireworks in this one. T Werner for Chelsea is a must-have for many in the fantasy world, but he is another who will cost you $21, and I’m not convinced that is good value. I prefer Ben Chilwell at $15 who is a busy player and can both score and get assists. On the Leeds front I really like J Harrison who is also great value at $15.

So there are a few ideas for you and below you will find the panel of players I think could make an impact this weekend.

Before that though, here is a very important piece of advice.

Check the team news in the hour before kick off, that’s 2pm UK time and 8 or 9am in parts of the US. It is then that a surprise exclusion or selection can be the difference between losing or winning a slate and one can gain a big advantage over other competitors as its shocking just how many people don’t check the team news. EPL slates only lock when each match begins, so you have plenty of flexibility in deciding your final team.

Here are some players I'm basing my lineups around this weekend.

So there are my tips for Saturday’s action and hopefully we will have a winning weekend on the GPPs!

If you have any questions or queries, then email me at fantasymutt44@gmail.com or you can find me on Twitter @Busybod23058778 and I’ll be happy to answer them 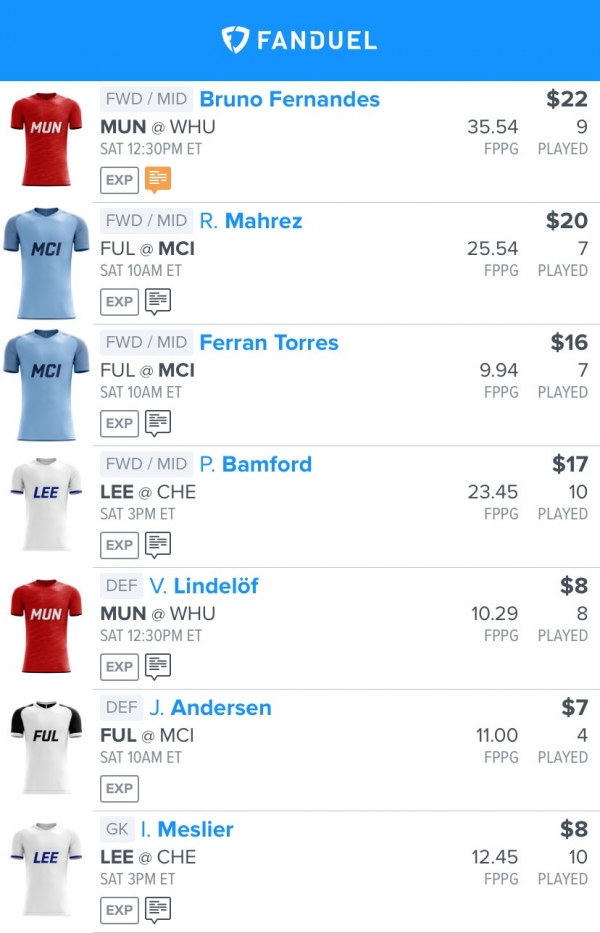 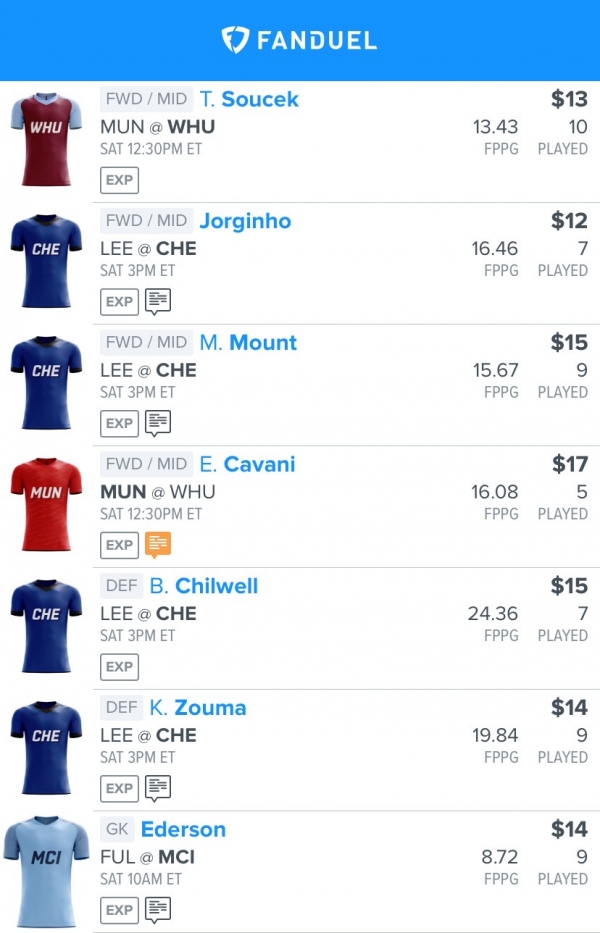 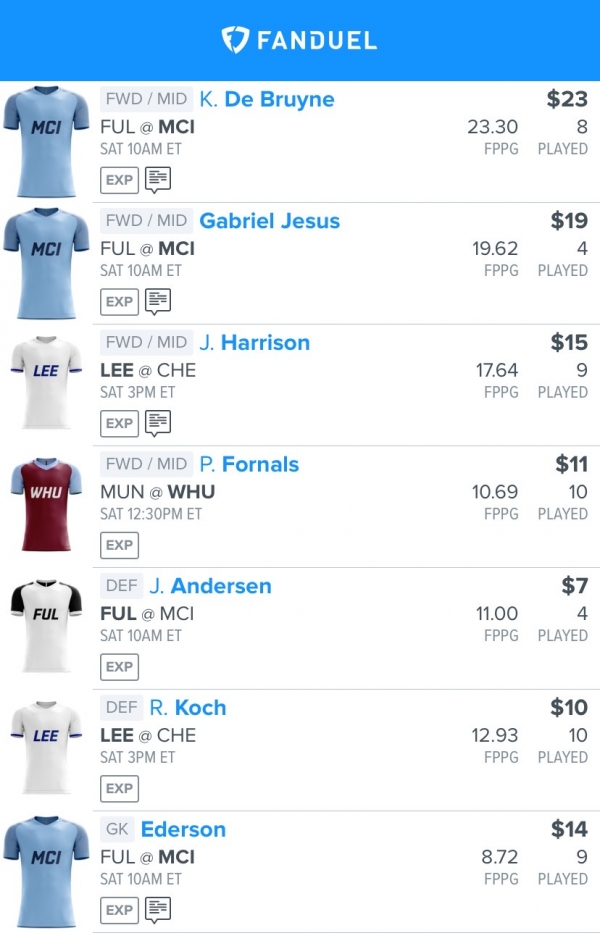