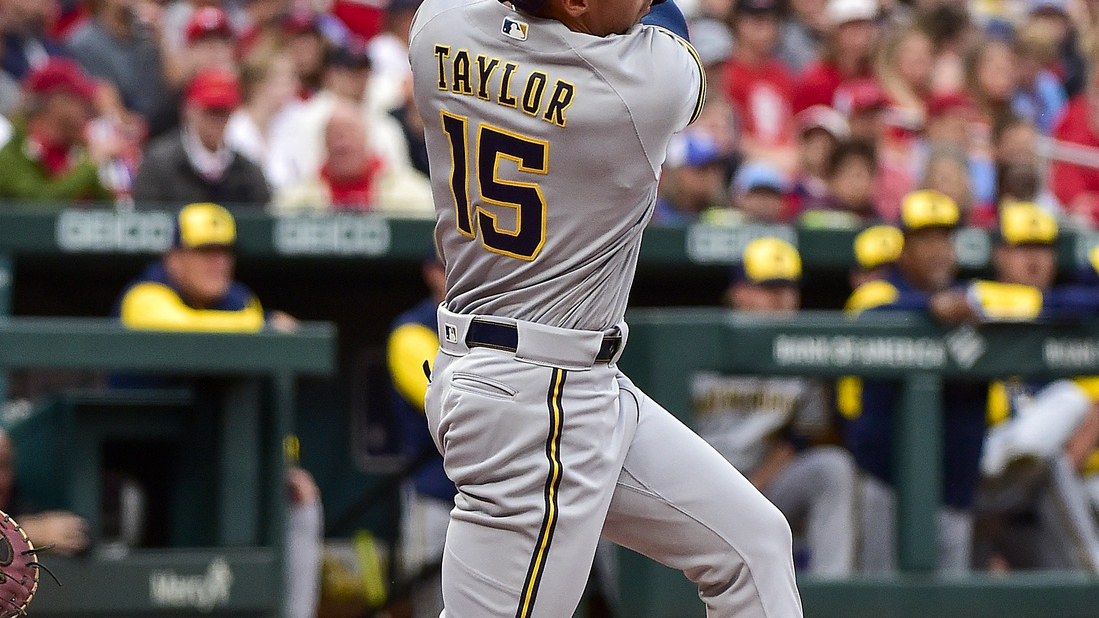 As someone who only became "serious" in fantasy baseball over the past two to three years, I realize it's a complex game. There are various league types like weekly or daily, batting average or OBP, wins versus quality starts, etc. That said, it starts with learning and adjusting to the league settings. Like other games and professions, FAAB feels like a mix of art and science, which lends itself to an "it depends" response when pondering an appropriate bid amount. Often, I'll focus on my weekly FAAB pickups on Saturday and Sunday, which might translate into more or less time to research players I haven't dug into, like Christopher Morel of the Cubs. This brief article serves as some research into three waiver wire pickups that warranted a deeper look.

We should expect some power and speed for Morel, but the question involves how much. Morel's batting average is also something to monitor, though the plate discipline improved slightly in 2021 versus 2022, with a BABIP boost. In 2021, Morel had a 9.9% walk rate and 29.4% strikeout rate at Double-A and Triple-A with a .281 BABIP. Then before Morel's MLB debut on May 17, he boasted a .366 BABIP at Double-A.

It's a small change, but positive to see Morel's strikeout rate drop to 24.6% at Double-A in 2022. Interestingly, Morel's LD% hovered around 19-21% over the past two seasons in the majors and minors, not including the small Triple-A sample of 39 plate appearances in 2021. We note the LD% because it makes us question whether the high BABIP will sustain, though he rocked a higher BABIP in the minors at multiple stops, likely based on the speed, evidenced by the 93rd-percentile Sprint Speed.

He already has a major league bat flip! pic.twitter.com/N3NQKBoasu

Morel started in the bottom third of the lineup for six straight games, then moved to the leadoff spot in nine straight. If Morel maintains the high on-base skills with an 11-game hit streak heading into June 1, he'll provide value in more than just 15-team leagues. We see why sharp fantasy managers jumped on Morel in the past week of FAAB with the power, speed, and lineup spot.

Cal Mitchell landed as a waiver-wire pickup I considered in last week's FAAB period, though I mistakenly added too many outfielders in TGFBI when I needed a different position. With Ben Gamel, Yoshi Tsutsugo, and Daniel Vogelbach on the injured list, it cleared up time for Mitchell to garner playing time as a leadoff hitter against right-handed pitchers.

Through 31 plate appearances, Mitchell has zero home runs and one stolen base with a .172 batting average. The 7.4% walk rate aligns with the Triple-A numbers, though the strikeout rate increased by ten percentage points to 25.9% in the majors versus 14.5% at Triple-A. Mitchell has a decent 87.5% Z-Contact%, though he also has a 37.2% O-Swing%.

Mitchell posted high groundball rates throughout the minors, around 40-50% from 2021 to 2022, and it's north of 55% in the early sample as a rookie. It's positive to see the 27.8% LD%, but the lack of power and lineup context remain the top concerns. Thankfully, Mitchell didn't cost as much via FAAB as others like Michael Harris of the Braves.

Sometimes you luck into immediate fantasy production after scooping a player off the waiver wire. Thankfully, that happened for me with Tyrone Taylor of the Brewers with two home runs in Monday's doubleheader versus the Cubs. With Hunter Renfroe hitting the injured list with a hamstring injury, Taylor's playing looks locked in in the short term. 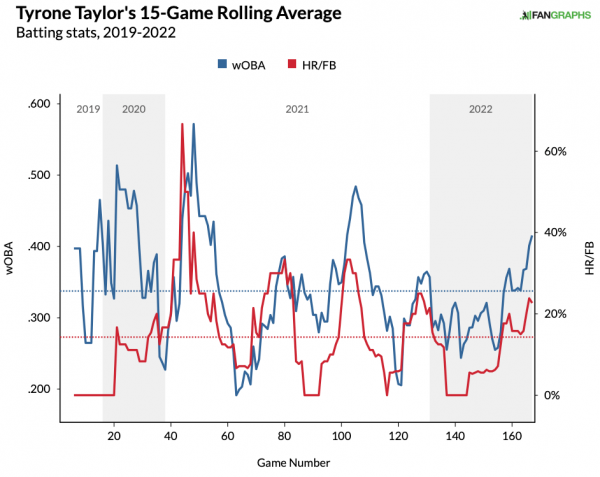 I preferred Taylor in a few leagues because of his known skills with the power and speed, evidenced by the 12 home runs and six stolen bases with a .247 batting average in 2021. Taylor uses the classic high pull and flyball rate to tap into the power with an FB% and Pull% around 45%. 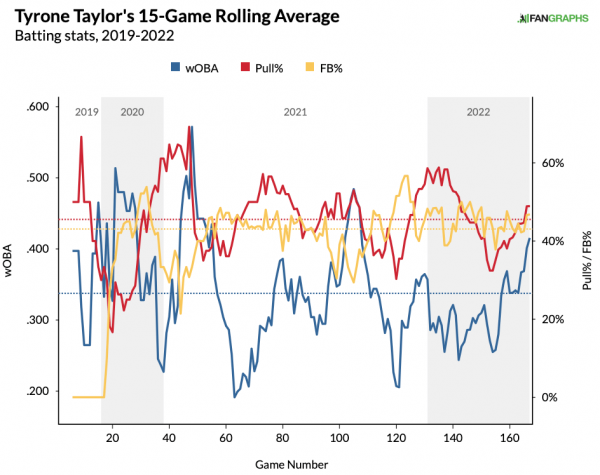 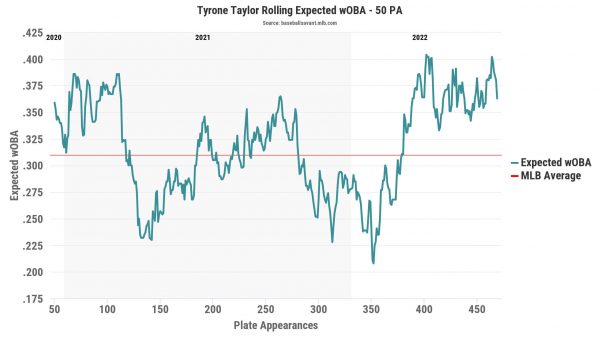 Taylor's early 43.6% hard-hit rate and the .350 xwOBA rank close to the career bests, not including 2020. The rolling hard-hit rates and xwOBA align with the peaks and valleys throughout Taylor's career. Even without looking at the underlying skills, the projected playing categorizes Taylor as a streaming hitter with long-term power and speed potential batting the heart of the Brewers lineup.