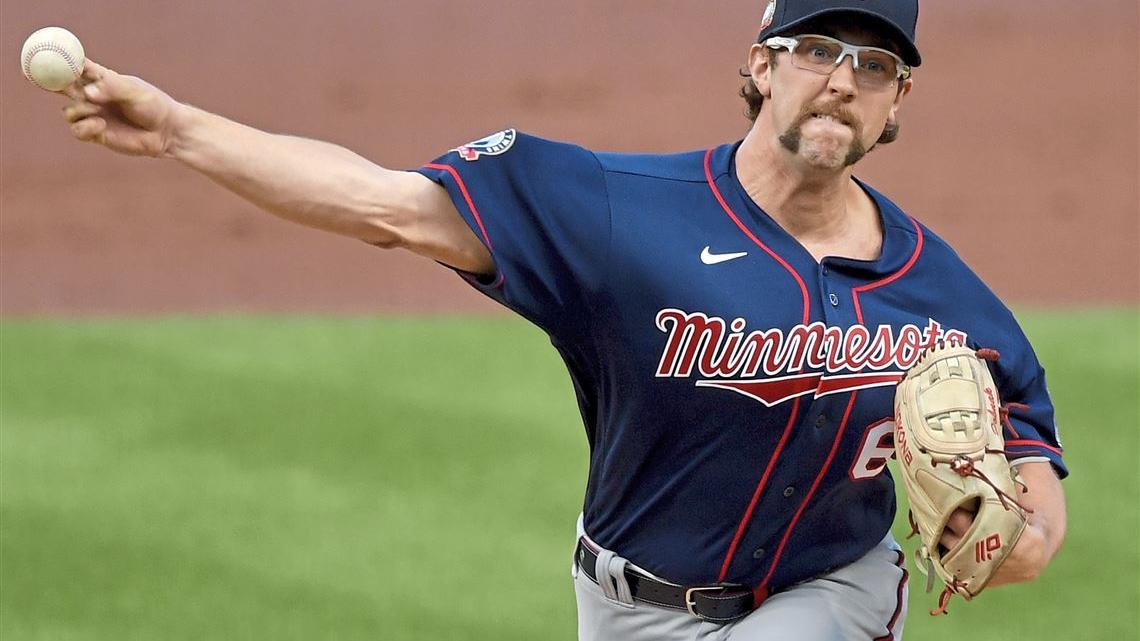 It's been a wild fantasy baseball season. We've seen underrated deep league finds pop up and fill in nicely for injured players or players with COVID-19 concerns. For this article, we’ll break down a couple of players off to hot starts in Randy Dobnak and JaCoby Jones. I love Dobnak's journey and the grit he's shown to reach the majors. We're not referring to JaCoby Jones the NFL receiver, but rather the Tigers outfielder. Let's dive into the player breakdown of Randy Dobnak and JaCoby Jones.

If you have not heard of Randy Dobnak, then it is time to learn about him. I have Dobnak on many teams because his journey is inspiring, and he’s a deep sleeper. Dobnak played college baseball at a Division II school called Alderson Broaddus University. Before joining the Twins, he pitched for the Utica Unicorns, an Independent League team, while also working as an Uber driver. There’s a story on Randy Dobnak by Jason Kamlowsky on the Prospects Live site.

After signing with the Twins in 2017, Dobnak worked his way through the minors. He tossed 297.1 innings and 216 strikeouts with a 2.57 ERA and a 1.10 WHIP. The Twins called up Dobnak last year and made his first appearance on August 9, 2019. Last year he appeared in nine games while starting in five games. Dobnak compiled 28.1 innings, 23 strikeouts, a 1.59 ERA, and a 1.13 WHIP. I love that he limits the walks. In the minors, he typically had a 3-5% walk rate outside of Triple-A last year when he had a 9.9% walk rate in 46 innings. However, with the Twins, his 4.2% walk rate fell in line with his career averages.

Dobnak is not known to miss a ton of bats, but he typically displays high ground ball rates. He's shown a track record of high ground ball rates in the minors, and usually hovering above 58%. During his short stint in the majors last season, Dobnak had a 52.9% ground ball rate. Dobnak’s 12.9% swinging-strike rate last year was almost 2% above league average. He's mostly a ground ball pitcher, but Dobnak generates swings and misses, although it's not reflected in the strikeout rate. Last year, his 39.2% O-swing rate was also above the 31.6% league average, meaning batters swing at his pitches outside of the zone.

In three starts in 2020, Dobnak has thrown 15 innings and eight strikeouts with a 0.60 ERA and a 0.87 WHIP. Although it’s a small sample, he currently has a 68.2% ground ball rate with a 10.1% swinging-strike rate. Before the delayed season, Dobnak looked to be in a long-relief role, but now his starting spot may be locked in with Homer Bailey and Jake Odorizzi on the injured list.

According to Baseball Savant, Dobnak uses a four-pitch mix with a sinker, four-seam fastball, curve, and changeup. On Fangraphs, it shows Dobnak uses a slider instead of a curve but could be a misclassification. According to Baseball Savant, he primarily uses the sinker (44.5%) and breaking ball (32.4%) while using his changeup (16.4%) the third most.

Dobnak’s a sneaky deeper league pitcher that’s pitching well so far. He provides decent ratios with his FIP in the 2.82-2.90 range and his xFIP in the 3.41-3.70 range. Although Dobnak has a low strikeout rate, his sinker results in a ton of ground balls. With the shortened season, ride the hot streak, especially with so many pitcher injuries. Dobnak’s an underrated pitcher with an inspiring journey that deserves more love.

The best Tigers’ hitter so far this season - JaCoby Jones. He’s hit three home runs, six runs, and seven RBI while slashing .379/.419/.793. Although it’s a small sample, Jones lowered his strikeout rate to 22.6% compared to his 31.6% career average. His .421 BABIP might be driving this hot start, and it’s likely to regress.

Jones’ batted ball profile in 2020 looks similar to his 2019 profile with a slight drop in line-drive rate and an increase in his fly-ball rate. His pull rate also dropped about 2%, but still above 40%.

In terms of plate discipline, Jones lowered his swing rates across the board. Monitor this change as it could mean more patience at the place.

Jones’ 90.1 mph average exit velocity ranks in the 63rd percentile, and 50% hard-hit rate ranks in the 81st percentile. He’s smacking the ball around. Jones has shown improved quality of contact so far, with an 18.2% barrel rate and a .491 wOBA. Jones’ expected statistics also look promising with a .305 xBA (83rd percentile) and a .641 xSLG (89th percentile).

Matt Williams of RotoFanatic and the Turn Two Podcast also posted a detailed Twitter thread on July 31 breaking down JaCoby Jones and the changes he's made. It looks like the changes Jones made extends back to last season.

Ride the wave with JaCoby Jones’ hot start even if it’s probably BABIP driven. Monitor his plate discipline changes, and hopefully, the line drive rate bumps back up to his typically 23%. In the small sample, he’s crushing the ball with a 50% hard-hit rate, an 18.2% barrel rate, and a .491 wOBA. So far, Jones appears to be a critical waiver wire find, especially in deeper leagues.