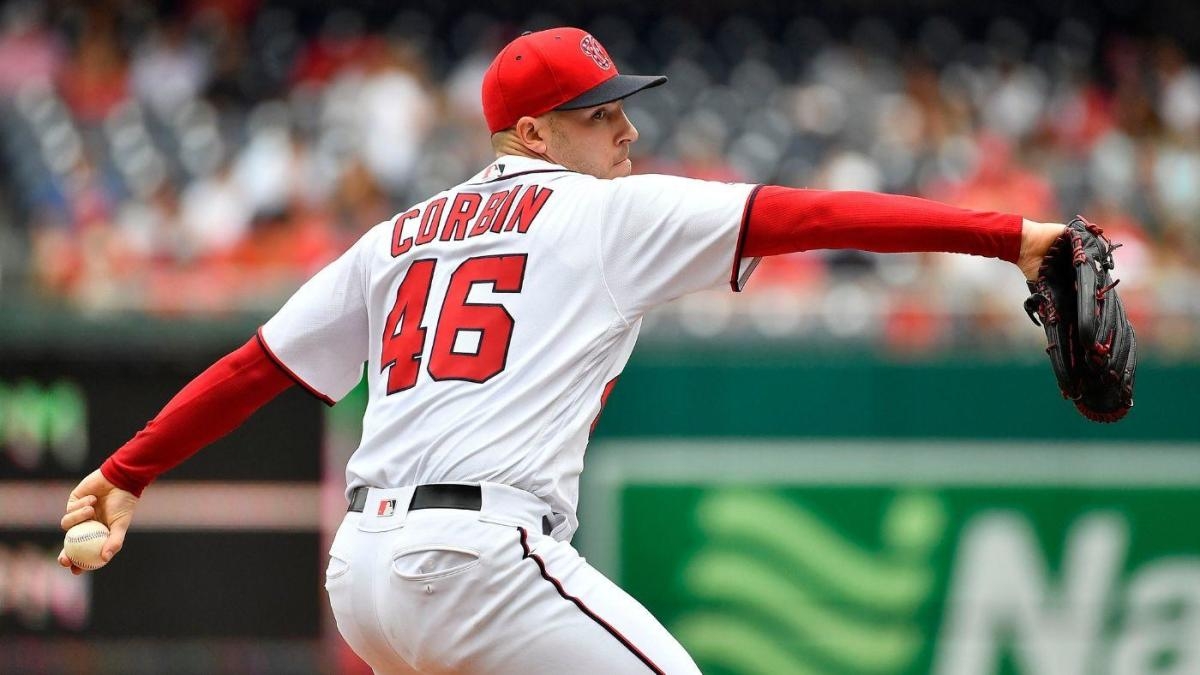 Last week, we looked at two hitters trending in opposite directions in Luke Voit and Bryan Reynolds. This week, we're looking at two starting pitchers. These two pitchers had completely different average draft positions coming into the 2020 season. One pitcher is rocking his best K/9 while the other pitcher is struggling across the board. Zach Davies is trending up, and Patrick Corbin continues to slide down the starting pitcher rankings. We will look at the data to explain what’s happening.

The other day someone asked what to do with Zach Davies. I knew Davies had a low ERA and initially dismissed him as a quality starting pitcher. It then led me to dig into reasons for Davies’ success and noticed the strikeout rate increased, walk rate decreased, and a pitch mix change.

When looking at plate discipline, batters are making less contact outside of the zone while swinging less inside of the zone. Also, the 9.4% swinging-strike rate increased by over 2% from 2019. Below will show the differences.

Davies primarily uses the sinker and changeup to account for over 83% of his pitches thrown. Look at the usage chances from 2019 to 2020.

As mentioned earlier, the changeup is Davies’ best pitch with a 19.4% swinging-strike rate, 35.2% whiff rate, .175 batting average allowed, and a .231 wOBA. In the small sample this year, the changeup elicits more swinging strikes, whiffs, and less quality of contact. It’s positive news whenever a pitcher throws their best pitch more often with more success.

When looking at the ERA estimators, Davies has a 3.60 FIP and 4.29 xFIP. On Statcast, his 4.95 xERA is less enticing. His .221 BABIP is also the lowest of his career. Davies' Statcast page is mostly blue, which means the amount and quality of contact he allows is worrisome. Another reason for the higher ERA estimators includes the below-average strikeout and whiff rates.

What do we make of these changes and improvements for Davies? Can he continue this run for the rest of 2020 and into 2021? It is eye-opening that he made a pitch mix change of using more changeups that are resulting in more swings and misses. Currently, Davies is producing as an above-average streaming pitcher in terms of the low ratios. However, if his ratios were near the ERA estimators, then Davies would be less appealing with the low strikeout rate. If Davies continues this success throughout 2020 and into 2021, then my interest will increase.

When looking at the ERA estimators, most are similar to his ERA with a 4.32 FIP, 4.08 xFIP, and 5.19 xERA. He is also allowing a .331 BABIP that increased from .290 in 2019. After seeing the FIP and xFIP close to his actual ERA, it led me to dig into the results against his top two pitches in his slider and sinker.

Corbin primarily throws his slider at 39.9% to go along with the sinker (30.4%) and four-seam fastball (23.3%). Let’s first look at the plate discipline differences on his slider. The three most notable changes in plate discipline for his slider include a much higher O-Contact rate, more overall contact, and a lower swinging-strike rate. Below you can see the differences in those three areas.

We notice hitters making more contact on the slider overall, especially outside of the zone. Also, the swinging-strike rate dropped over 6%, although that is still a high swinging-strike rate. When looking at Corbin’s Statcast page, the batting average and wOBA against his slider are similar, but the whiff percentage dropped 12% from 2019. Again another indicator that the slider is still nasty, but resulting in fewer swings and misses in comparison to 2019. 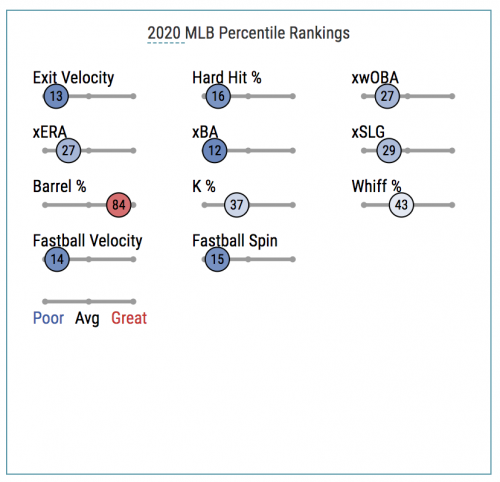 His best pitch (slider) is missing fewer bats, and hitters are making more contact out of the zone and overall. Add in the fact that hitters are crushing the sinker and four-seam fastball, and it provides several reasons for concern. In eight starts, he logged five quality starts on the season, so he hasn't gone all Matt Boyd on us. However, the ERA continues to rise since the beginning of the season.

In a full season, we would recommend waiting for Corbin to make the necessary adjustments. At this point in redraft leagues, he isn’t helping your ratios or with strikeouts. However, there are likely no better options unless it’s a shallower league. In dynasty leagues, hold onto Corbin since his value dipped and hope for a bounceback in 2021.