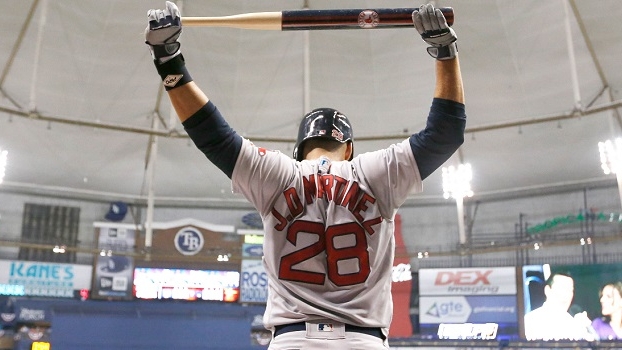 Well, here we are in mid to late august, about halfway through the baseball season, and making a push towards the playoffs. Your rosters should be pretty much set if you’re still competing in your leagues, however you should always be looking to improve your rosters.

The term buy low is often misconstrued, what I’m suggesting here, is to sell a player on your team who you think won’t be able to continue the hot streak they are currently on. Prime examples of this would be Donavan Solano, Kyle Lewis, or JaCoby Jones. If you have players in your leagues who mainly look at surface stats, they may want to pounce on a chance to get a guy hitting .403, or a player hitting .315 with 5 HR. Sell high on your current value for production they’ve already produced, and buy low on players you think will produce moving forward.

These are players, at each position, who have the potential to win you your championship down the stretch if they get hot at the right time. They are also players who I’d define as buy lows. They’re players whose values probably won’t be any lower than they currently are at, and they’re also players we’ve seen go on massive streaks that win you weeks at a time.

Current slash line .132/.253/.368, 5 HR, 17 R+RBI, 41.8% K%, .621 OPS, & a .133 BABIP. Now that’s terrible, and unlucky. There is a whole lot of blue on Sanchez’s baseball savant page, but if there is something we’ve grown to know about Sanchez, it’s that he’s a very streaky hitter. He’s been on a cold streak seemingly all year so far, but when he gets hot, he has the potential to hit 13-15 HR in a month, and that could be a league winner for you in a shortened season at the weakest position in fantasy. Although he’s swinging and missing at a record pace so far, when he’s hit the ball, he’s hit it hard, as always. If he starts putting the bat on the ball more down the stretch, he should get back to normal, which is the 2nd best catcher in fantasy baseball behind JT Realmuto.

Current slash line .231/.341/.295, 1 HR, 15 R+RBI, 18.7% K%, .679 OPS, & a .283 BABIP. This line, not so bad, but the Torres owner probably drafted him as an elite second baseman, and they have not gotten that production so far. Given where he hits in arguably the best lineup in baseball, his counting stats should pick back up. He also shouldn’t continue at this home run pace. The baseball savant page doesn’t look great, he’s below average on pretty much everything right now, but as we saw last year, when he gets hot, he has the potential to carry you for months at a time, which is the type of player you want when buying low.

Current slash line .177/.271/.323, 2 HR, 13 R+RBI, 28.6% K%, .594 OPS, & .225 BABIP. Another terrible line. Bryant’s baseball savant page is filled with a lot of blue and gray, which is bad. Given the circumstances of everything right now, hitting leadoff, and still getting on base at a decent clip given that he’s hitting under .200. Those counting stats should go up quite a bit, once his BABIP normalizes given that he’s at .340 for his career mark. The Bryant owner is probably panicking, given that he’s doing bad right now, but he’s another player who when he gets hot, can put up 15+ home runs in a month.

Current slash line .193/.342/.368, 3 HR, 21 R+RBI, 18.9% K%, .711 OPS, & .190 BABIP. This guy was a top 3 MVP candidate last year, excellent from start to finish, and then he seemingly has hit a wall (as have most of the astros this season). It might be wishful thinking, but I don’t see a world in which George Springer continues his struggles, even with career lows in hard hit % and barrel %. This has more of a slow start feeling to it, than a the astros have always cheated and are cooked feeling to me.

Current slash line .244/.327/.489, 2 HR, 15 R+RBI, 18.9% K%, .816 OPS, & .265 BABIP. Senzel was one of my preseason values to be taken, and boy his counting stats have made me look dumb right now! With that being said, his batted ball profile looks phenomenal, 47.2% hard hit rate, raised his launch angle 7.2 degrees, and his exit velocity is up 3 MPH as well, on top of all of this, an 8.3% soft hit rate is even better. He’s hitting more liners and fly balls, while striking out less, and walking 4% more than last season. Senzel was once a can’t miss prospect, and people gave up on him after 104 games, the way he’s hitting, he’s going to leave a lot of people regretting they didn’t buy him cheap.

Current slash line .228/.322/.406, 3 HR, 27 R+RBI, 23.5% K%, .728 OPS, & 282 BABIP. What a disappointing 1st/2nd/3rd round pick, wherever you got him, JD has not lived up to your expectations currently, but looking at his numbers, he’s still hitting the ball hard, and still hitting line drives and fly balls, in fact his line drive rate is his highest since his rookie season, in which he only had 226 PA. JD is a big name, but given that the season is almost halfway done, and his average is under .230, you might be able to pry him away from whoever owns him, and the price tag will never be cheaper.