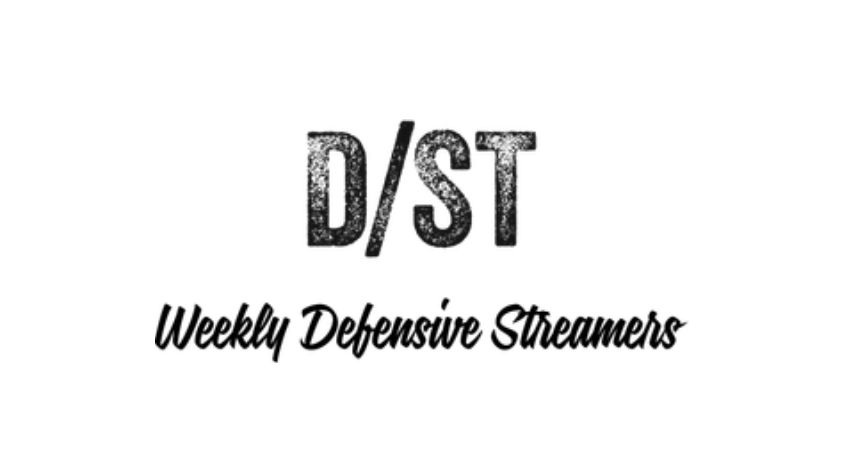 In 2019, Washington ranked dead last in points per game and the Eagles’ defense only allowed an offensive score on 33.9% of drives, which ranked 9th best among defenses. The Eagles’ defense also finished 9th in pressure percentage, 6th in quarterback hits, 6th in passing yards per attempt with 7.3 yards per attempts, and 3rd in rushing yards with 4.1 yards per attempt. The Washington Football team could have a tough time finding the end zone Week 1 and the Eagles, who had 20 takeaways in 2019, could start the year off hot on the defensive side of the ball.

The Colts added rising star DeForest Buckner from the 49ers this offseason who helped lead the 49ers to a top tier fantasy defense in 2019. The Colts look to build off of their mediocre year in 2019 where they ranked 11th in defensive takeaways with 15 interceptions and eight fumbles. The Colts defense forced a turnover on 13.1% of their defensive drives which ranked 10th in 2019. The Jaguars recently waived their star running back Leonard Fournette, and will put the ball in the hand of sophomore quarterback Gardner Minshew in Week 1 against a defense that finished 11th best in yards per passing attempts, only allowing 7.5 yards per attempt. The Jaguars finished the 2019 season with a -1 turnover differential which sets up the Colts with a good Week 1 defensive matchup.

The Titans made a major Labor Day Weekend signing by winning the offseason battle for defensive end Jadeveon Clowney. Last year he helped Seattle finish in the top half of fantasy defenses and he will be a great addition to the 11th best defensive unit from the 2019 season. Drew Lock did enough to secure the starting position heading into the 2020 season but had a fairly low passer rating with 89.7 in the games he played last season. The Broncos also added a multitude of new offensive weapons which could set the Titans up for a good defensive day if the Broncos stumble to create offensive chemistry during Week 1.

To continue the conversation, or for other start/sit questions, find me on Twitter @thebyeweekff